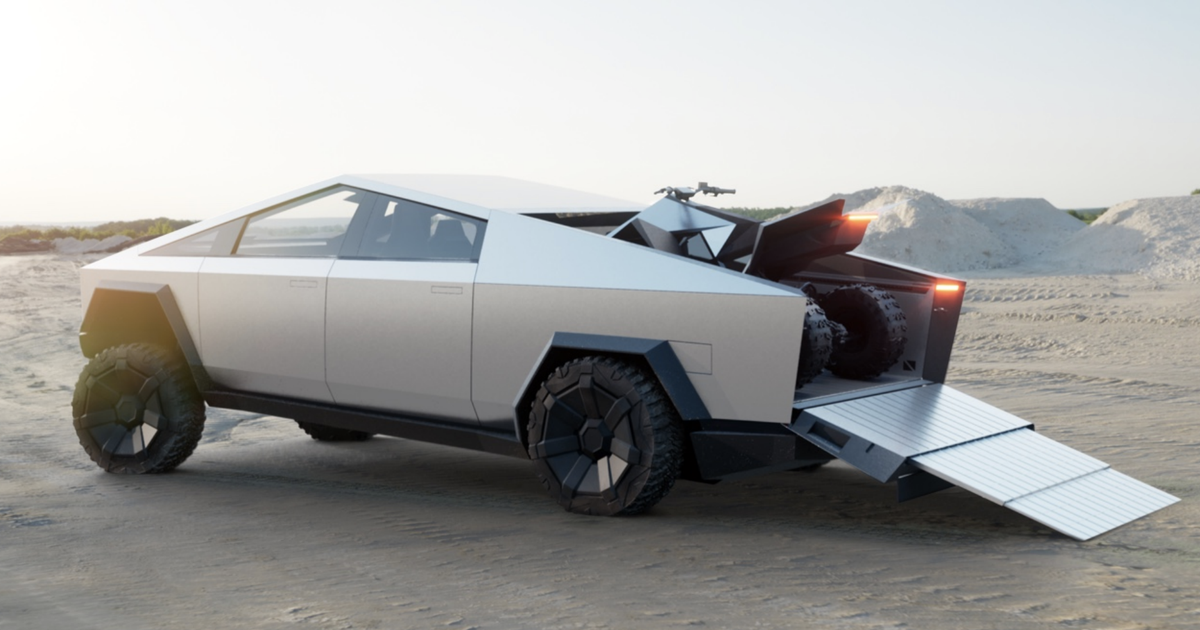 During Tesla’s Cybertruck presentation last month, company CEO Elon Musk wowed the crowd with a “one more thing” — an electric ATV (all-terrain vehicle) that plays nice with the Cybertruck.

But neither Musk nor the company shared any more details about the ATV at the time, nor it was made available for pre-order (though Musk did later say it would come as an option for Cybertruck, at least at first).

On Sunday, Musk broke the silence on the ATV, tweeting that the company will aim to “have it come out same time as truck.” It’ll be a two-seater, and designed to work with Cybertruck.

We’ll aim to have it come out same time as truck. Two seater electric ATV designed to work with Cybertruck will be fun! Electric dirt bikes would be cool too. We won’t do road bikes, as too dangerous. I was hit by a truck & almost died on one when I was 17.

The Cybertruck is set to arrive in late 2021, so that’s when we’ll probably see the ATV as well. There’s still no word on the ATV’s specs or price.

In his tweet, Musk also mentioned the possibility of Tesla building an electric dirt bike, though he said road bikes are out of the question, as they’re “too dangerous.”