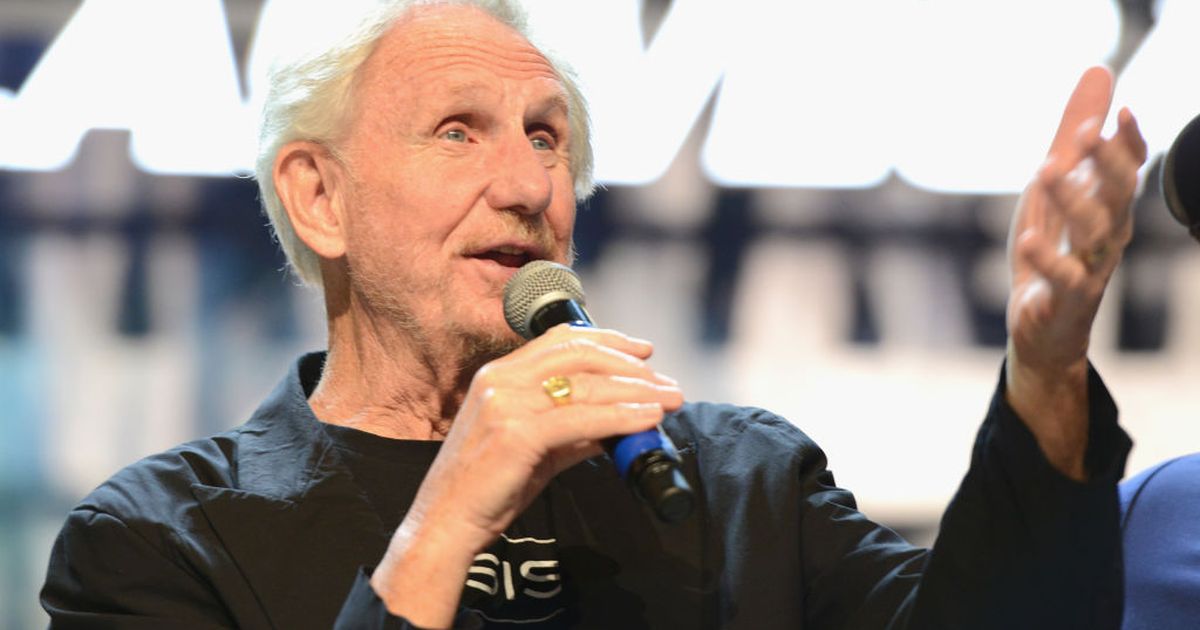 Veteran actor and singer René Auberjonois has died of metastatic lung cancer at his Los Angeles home on Dec. 8. Auberjonois’ son Rèmy-Luc confirmed the news to The Associate Press on Sunday. He was 79.

Auberjonois was a well-respected and admired actor, having worked in the industry for over four decades. After studying theatre at Carnegie-Mellon University, Auberjonois performed with various theatre companies before landing his first Broadway role in 1968. His career quickly took off, the actor winning a Tony the next year for his role in as Sebastian Baye in Coco, opposite Katharine Hepburn.

The prolific actor also branched out into voice acting, narrating audiobooks and voicing several animated characters. Notable roles included The Speaking Skull in The Last Unicorn and Chef Louis in The Little Mermaid, with Auberjonois originating the now-classic Disney song ‘Les Poissons.’ He further lent his voice to video games, playing Karl Schäfer in the Uncharted series and reprising his role as Odo in several Star Trek games.

In addition to his acting work, Auberjonois was also a regular supporter of Doctors Without Borders, donating the proceeds of autographs sold to the charity.

Auberjonois is survived by his wife Judith, his children Rèmy-Luc and Tessa, and three grandchildren, as well as his two sisters.

Colleagues, including some of Star Trek’s biggest stars, as well as friends and fans have taken to Twitter to pay tribute to the beloved actor.

I have just heard about the death of my friend and fellow actor @reneauberjonois. To sum up his life in a tweet is nearly impossible. To Judith, Tessa & Remy I send you my love & strength. I will keep you in my thoughts and remember a wonderful friendship with René.

This is a terrible loss. Star Trek fans knew him as Odo from Deep Space Nine. We knew him as René. He was a wonderful, caring, and intelligent man. He shall be missed. When I look out to the stars, I shall think of you, friend. https://t.co/IE2gtivRcg

Rene Auberjonois a true gentleman & passionate artist passed onto the next understanding & we will miss him so much. I was honored to have worked with him on Windows On The World, his second to last film. He delivered an amazing rendition of NY NY – a brilliant artist #sswa #RIP pic.twitter.com/KR5PKylNZe

It is with great heartache and loss I share with you the passing of dear,dear Rene Auberjonois.His last message to me was entitled “Don’t forget…” I know that I,Kitty,and all that knew him will never forget.The world seems noticeably emptier now. I loved him.

Rene Auberjonois was a wonderful actor and an even better human being. It was an honor to write for him. A class act in every possible way. I’m heartbroken. “And flights of angels sing thee to thy rest.” #DS9 https://t.co/oDkfleXIM3

.@reneauberjonois took me under his wing on “The Patriot.” His genius was apparent in the 70s slasher “The Eyes of Laura Mars.” He had a beautiful mind, a quick wit, shared with others, & wasn’t scared of horses, guns, or anything. He loved his family and proud of his daughters.

I am so sorry to hear that the wonderful René Auberjonois has passed away. I had the great honor to play his daughter on Boston Legal. My thoughts and prayers go out to his family, friends, and his many fans. May he rest in peace. ❤️ pic.twitter.com/eRxwfmmkcy

I had the honor of working with René Auberjonois. He agreed to do a little short film written by the great @swierczy and directed by me. There was no money but lots of night work. He agreed to do it because he loved the craft and meeting new directors. Rest In Peace René.

I am very sad to hear of the passing of René Auberjonois. His work on Deep Space Nine was especially inspiring to me as I approached being in a Star Trek show. And I was delighted to get to spend time with him at STLV, where I learned he was a totally delightful human being. RIP

Today we lost not just a giant presence in the sci-fi world, but an equally giant heart. René Auberjonois was brilliant in everything he did. One of my all time favorite guest appearances on Frasier as his mentor. Much love to his family & friends. #RIPReneAuberjonois pic.twitter.com/mgnIwC6Q4b

The last post from Auberjonois’ official Twitter prior to his death was a quote from writer Marjane Satrapi: “Life is too short to be lived badly.” Rest in peace, René.