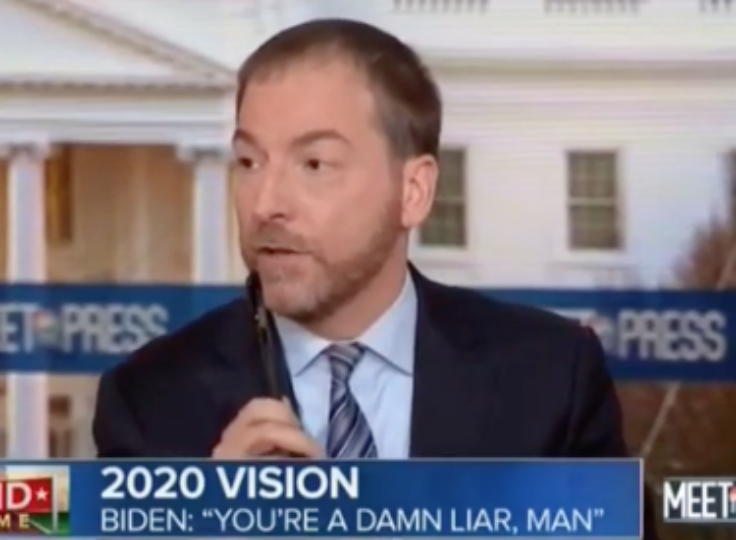 This week on the Sunday news shows: NBC host Chuck Todd advised Michael Bloomberg to read the First Amendment, Julián Castro called on the DNC to change the order of primary states in 2024, and Democratic lawmakers are pressed about their past remarks condemning partisan impeachment trials.

“How is it that Michael Bloomberg is falling into a trap? Donald Trump didn’t dissuade himself from his business. This seems like an unforced error,” Todd said.

“He needs to read the First Amendment,” Todd added.

Stephanie Cutter, Barack Obama’s 2012 deputy campaign manager, agreed, saying that there has to be a better way for the former New York City mayor to handle 2020 coverage at his media outlet. Cutter further likened Bloomberg’s treatment of his staff to Trump’s “suppression of the media.”

“This issue is gonna stick with him. He’s got to figure out the Bloomberg News issue, and not leave it where it is right now,” Cutter added.

The panel’s criticism follows Bloomberg dismissing concerns from his own employees about the new Bloomberg News editorial policy. Editor in chief John Micklethwait told staff journalists that they are not allowed to investigate Bloomberg and the other 2020 Democratic candidates. However, the memo said their coverage of the Trump campaign and administration would not change, because Trump is not a “direct rival” of Bloomberg.

Castro Calls for DNC to Change Order of Primaries in 2024

Democratic presidential candidate Julián Castro on Sunday called for the Democratic National Committee to change the order of primary states in 2024, citing a lack of diversity in Iowa and New Hampshire.

“We need to go back as Democrats and revisit the rules that were set in 1972 about the order of the states,” Castro said during an MSNBC interview. “There is no reason that Iowa and New Hampshire, that have some of the least diversity—racial and ethnic diversity in our country—should always go first.”

Castro, who served in the Obama administration, said he is not asking the DNC to change the rules during the 2020 primary process to benefit his candidacy, but said he wants “deeper and more meaningful change” in the future.

“It also doesn’t make sense, as I’ve said many times, that we keep telling black women, ‘ya’ll are powering our victories in Alabama and Louisiana, and you’re the key to 2020,’ and yet we start our nominating process in two states that hardly have any black people in them,” Castro said.

Reps. Jerry Nadler (D., N.Y.) and Zoe Lofgren (D., Calif.) were both pressed Sunday on their past statements against partisan impeachment trials.

“There must never be a narrowly voted impeachment, or an impeachment substantially supported by one of our major political parties and largely opposed by the other,” Nadler said in 1998, during the impeachment process of former President Bill Clinton. “Such an impeachment would lack legitimacy, would produce divisiveness and bitterness in our politics for years to come.”

CNN’s State of the Union anchor Dana Bash said Nadler is moving towards impeachment without a single Republican vote and asked him whether this will lead to divisiveness and bitterness.

Nadler responded by shifting the blame to President Donald Trump for questioning the patriotism of his opponents. When pressed later about whether he is willing to impeach Trump without Republican support, he said, “it is up to them if they want to be patriots or partisan.”

ABC’s This Week anchor George Stephanopoulos said Lofgren warned Republicans in 1998 of “undoing” a free election expressing the will of the people.

“You will set the dangerous precedent that the certainty of presidential terms, which has so benefited our wonderful America, will be replaced by the partisan use of impeachment,” Lofgren said. “Future presidents will face election, then litigation, then impeachment.”

Lofgren said she meant to say, and recalled saying, that there needed to be “a high crime and misdemeanor,” adding that lying about sex is not an abuse of presidential power.