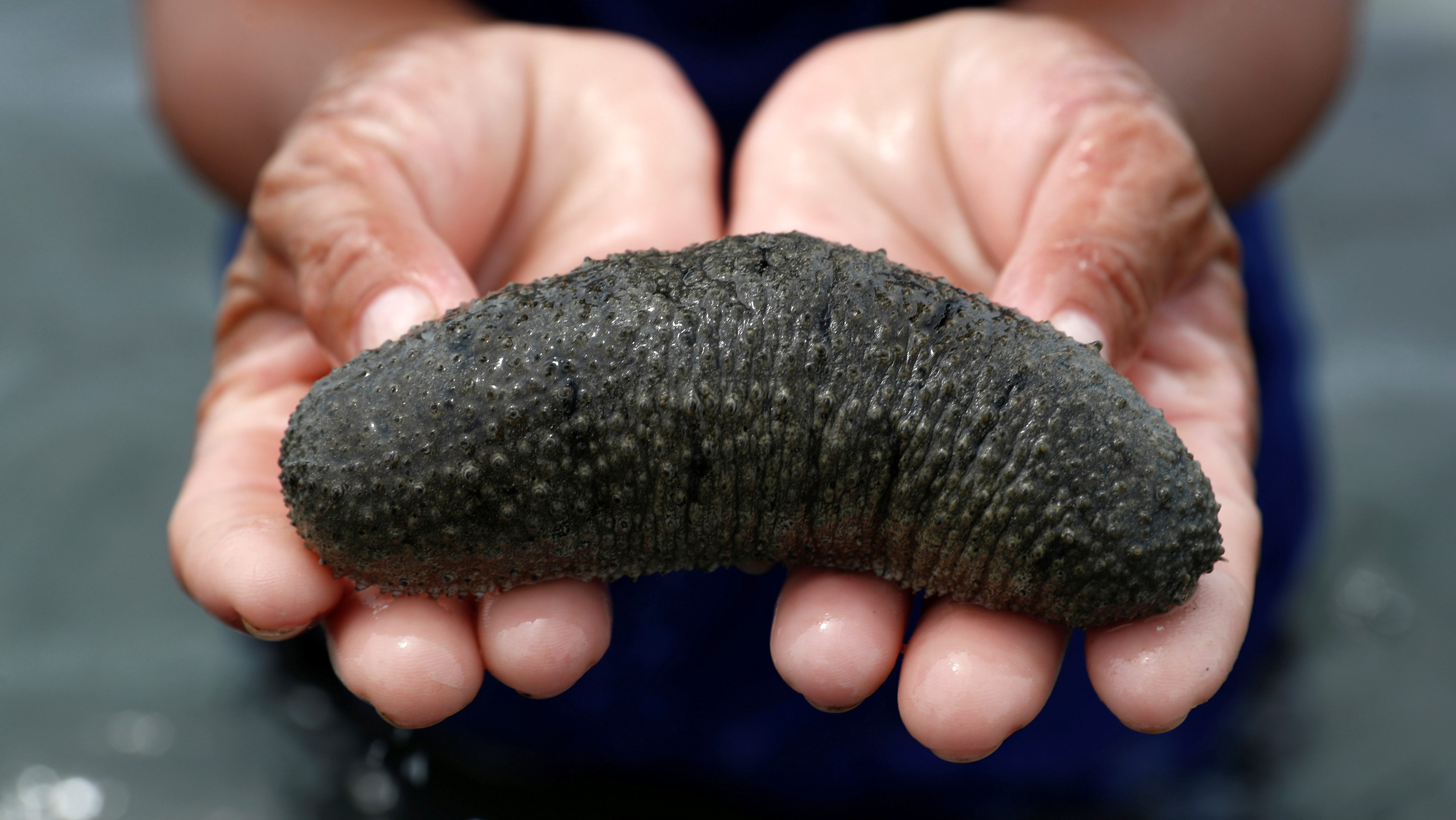 When Wei Li walked across the southern US border into San Ysidro, California in September, he told US border officers—twice—that he had nothing to declare. He was lying.

An x-ray of Li’s bag detected an “anomaly,” and the officers looked inside. According to a search warrant application filed in federal court, they found 46 sea cucumbers weighing about 2.5 pounds.

It turns out the illegal sea cucumber trade is a serious problem. Sea cucumbers, a protected species, can sell for up to $3,500 a kilo in China, where they’re eaten as a delicacy and are believed to have medicinal properties. The market has become so lucrative that Mexican media reported in 2014 it was “fueling piracy and smuggling” to the extent that “cucumber-related crime” had become “worse than drug trafficking.” In 2015, a group of men overpowered armed guards outside a refrigerated warehouse in El Cuyo, a town along the Yucatán, and stole 3.5 tons of pre-cooked sea cucumber being stored there.

“We’re seeing sea cucumbers that are being concealed inside vehicles, hidden inside compartments of vehicles, pedestrians carrying across small quantities of sea cucumbers—that we believe are being consolidated into larger shipments on the US side and shipped out to Asia,” a US wildlife enforcement agent told a reporter in 2017.

Sea cucumber populations have been decimated across Latin America as a result. In Mexico, in particular, sea cucumber stocks are nearing collapse. The trade has fueled widespread social conflict. Wildlife inspectors trying to clamp down on it are regularly attacked. Rivals have been known to torch each other’s fishing boats. And at least 40 people, with large profits on their minds, have died while diving for sea cucumbers in recent years, either by staying underwater for too long or ascending to the surface too quickly.

In Washington State, an organized sea cucumber poaching ring overfished the species by 250,000 pounds, according to prosecutors. A court sentenced the leader of the crew two years in prison and ordered a $1.5 million fine. Last May, a former US Border Patrol agent was sentenced to 30 months in federal prison for his role in smuggling $250,000 worth of sea cucumbers into the United States from Mexico. A father-son team, which ran a San Diego import company, admitted in 2018 to illegally smuggling sea cucumbers worth some $17 million over the course of at least two years.

After his arrest, Li—who imports and exports seafood out of his home in New York City and goes by “Johnny”—agreed to speak with investigators. He said he had been in Mexico for 17 days meeting with colleagues and potential business partners. Li said a friend named Kevin Li (no relation) gave him the sea cucumbers, and told him they were “in season” and presented “no problem.” Sea cucumbers, actually, are protected under the Convention on International Trade in Endangered Species (CITES) and require special permits to handle.

Agents discovered through a background check that Kevin Li had been stopped at the US-Mexico border in June for attempting to also smuggle sea cucumbers into the United States. Li told investigators he met Kevin through his friend Alan Ren, a New York restaurateur. Ren, Li said, is “the boss” and sent him to Mexico “to assess the quality of sea cucumber for potential purchase and export.”

As it turns out, authorities had previously sentenced Ren to 10 months in federal prison for conspiracy to smuggle commercial quantities of sea cucumber into the United States from Mexico. Agents looked through the call history on Li’s cell phone and discovered “numerous” calls between Li and Ren during the 17 days Ren was in Mexico. Their search also turned up photos of various species of sea cucumbers on Li’s phone, a UPS receipt for an undeclared shipment of sea cucumbers, and a picture of an aircraft hangar-sized storage warehouse near Tijuana that Li said he visited “to assess the viability of storing product there.”

Li, who was arrested but has not yet been charged and does not have a lawyer listed in court filings, couldn’t be reached for comment. Michael Hernandez, the attorney who represented Ren in his prior sea cucumber smuggling case, did not respond to a request for comment.