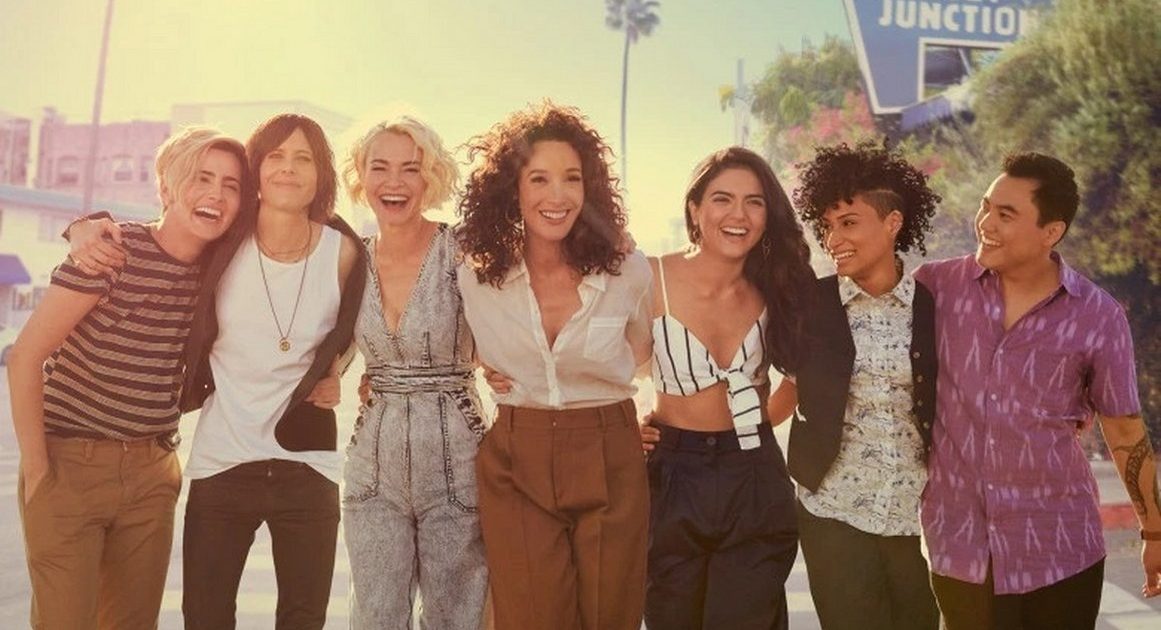 Except as a symptom of total intellectual bankruptcy, television’s obsession with remakes and reboots is impossible to understand. Few of them last long enough to make any money, and with the exception of Roseanne and its successor The Conners, none of them have anything to say beyond “will humiliate ourselves for food.”

The temptation to revive Showtime’s landmark lesbian drama The L World is perhaps a little more understandable. When the series debuted in 2004 it was not only the first about gay women, but the first in which they actually had sex instead of sitting about the parlor in gabardine sheath dresses knitting doilies and exchanging severe looks.

In some ways, The L Word was the lesbian sequel to Sex and the City, positing a world in which gay women, just like Carrie Bradshaw and her friends, could not only enjoy sex, but pursue it aggressively. “Any time you get a group of gay girls together, you are guaranteed someone slept with someone else,” said the dizzy bisexual magazine writer Alice to her editor, making a pitch to publish a giant chart diagramming every lesbian affair in Los Angeles.

Ironically, The L Word‘s pioneering status worked against it at times. Some gay activists expected it to accurately represent every nuance of the lesbian world, an obviously impossible responsibility for a single TV show. Even so, the show managed to explore a wide-ranging swath of the emotional and political lesbian landscape, from the difficulties of interracial relationships to the shaky and easily exploitable foundations of gay parenthood to the lonely experience of middle-aged women trying to emerge from old and deep closets. In the final couple of seasons, there was even a lesbian army officer who was defiantly proud of her work in Iraq.

Somewhat more reasonable was the criticism that all the characters were reed-thin yuppies from oh-so-precious world of West L.A., spending hours each day brooding about first-world problem at a tres chic coffee shop. (The show even poked a little fun at itself on this score; when the woman formed a basketball team, they called themselves the Bourgie Asses.) But that, too, doesn’t sound so different than Sex and the City. The L Word was hardly the only TV show in which the ugly and poor were seriously under-represented.

What eventually killed The L Word was not political deviationism but producer Ilene Chaiken’s exhaustion with her own characters. The 2009 season, its last, was basically a long murder mystery. (The victim was a nastily manipulative bisexual writer. The suspects included basically every other character on the show and a couple of million of its viewers.) Chaiken tried to interest Showtime in a spinoff about women in prison—four years before Orange Is the New Black came along—but the network declined.

What changed Showtime’s mind is far from clear in The L Word: Generation Q.  Three of the five principal characters of the original show have returned for the spinoff. (Missing are the vicious bisexual Jenny, who’s rotting somewhere around the eighth circle of Hell, and the unfaithful studio executive Tina, who’s disappeared into the mists of Bitchy Ex-Spouse Land.)

But aside from some career advancement, none of them has changed much during the decade since we last saw them. Stick-up-the-ass arts administrator Bette Porter (Jennifer Beals) is now a stick-up-the-ass mayoral candidate, still sleeping with subordinates and still wondering why anyone would look askance at that.

Alice the dizzy writer is now Alice Pieszecki (Leisha Hailey), the dizzy TV talk-show host. Instead of getting emotionally trashed by girlfriends, she’s now getting emotionally trashed by ex-wives and stepchildren. And Shane McCutcheon (Katherine Moennig), the promiscuous hairdresser who was at the center of that blueprint of L.A.’s lesbian action, is back from doing business in Europe, wallet fatter and chart broader.

Conversational topics may have modified a bit as the women slip into motherhood and middle age, to hot flashes and child-rearing tips (Alice: “I’m still stepping on those Legos, and those things are fucking deadly.” Bette: “Stick to Lincoln Logs, they’re way less hazardous.) But all the old neuroses and neurasthenias are still firmly and boringly implanted in everybody’s brains.

Yet if the characters haven’t changed much, The L Word‘s texture certainly has. While guys were mostly notable in the original show by their absence—the show could just as easily have been titled L World instead of L Word—there was no sense that they were the enemy. Most of the damage done to the female characters, right up to the childhood molestation that put permanent kinks in Tina’s psyche, was inflicted by other women.

That’s not so much the case in the spinoff, where far too many lines are delivered with prologues like, “While I might understand the willful ignorance of a straight white man… .” Identity politics are the newest member of the cast, and a most unwelcome one.

Not that there aren’t some actual new characters to justify that Generation Q subtitle. They include Alice’s TV producer Sophie Suarez (Rosanny Zayas, Orange Is the New Black), whose fiancé Dani Nùñez (Arienne Mandi, In The Vault) is at war with her father, a Big Pharma swine.

They room with Micah (newcomer Leo Sheng), newly identifying as a trans man. Another member of the crowd is Finley, (Jacqueline Toboni, Grimm), a careerist long on aspiration but short on competence. Fresh-faced all these characters may be, but they all seem to be from the cookie-cutter mold of ambition streaked with idealism and sexual uncertainty.

Give them credit, though; they’re just as libidinal as their elders. I counted three explicit sexual encounters in the first 10 minutes of the pilot. And the geezers haven’t really lost a step, either. When Alice demands of Shane, “Are you trying to fuck my mom?” you just know what the answer is going to be.