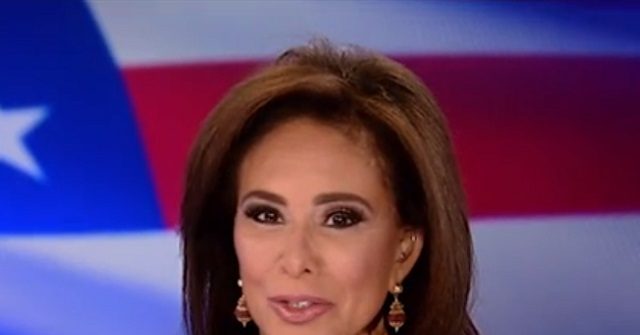 Saturday during her “Opening Statement” segment, “Justice” host Jeanine Pirro argued that by proceeding with the “blatant political effort” of the impeachment of President Donald Trump, Democrats have guaranteed Trump would be reelected next November.

“The Democrats have just hoisted themselves on their own petard, guaranteeing Donald Trump reelection in 2020,” Pirro declared. “Nancy Pelosi, wrapping herself in God, country and the American flag has called for the impeachment of the 45th president of the United States, unleashing her looney, leftist partisans in the most blatant political effort to impeach a duly elected president in history, who they have viciously attacked since day one.”

The Fox News host once again reiterated her view the House Democrats’ impeachment proceedings were dishonest and argued they were distracting Congress from addressing other pressing matters facing the country.