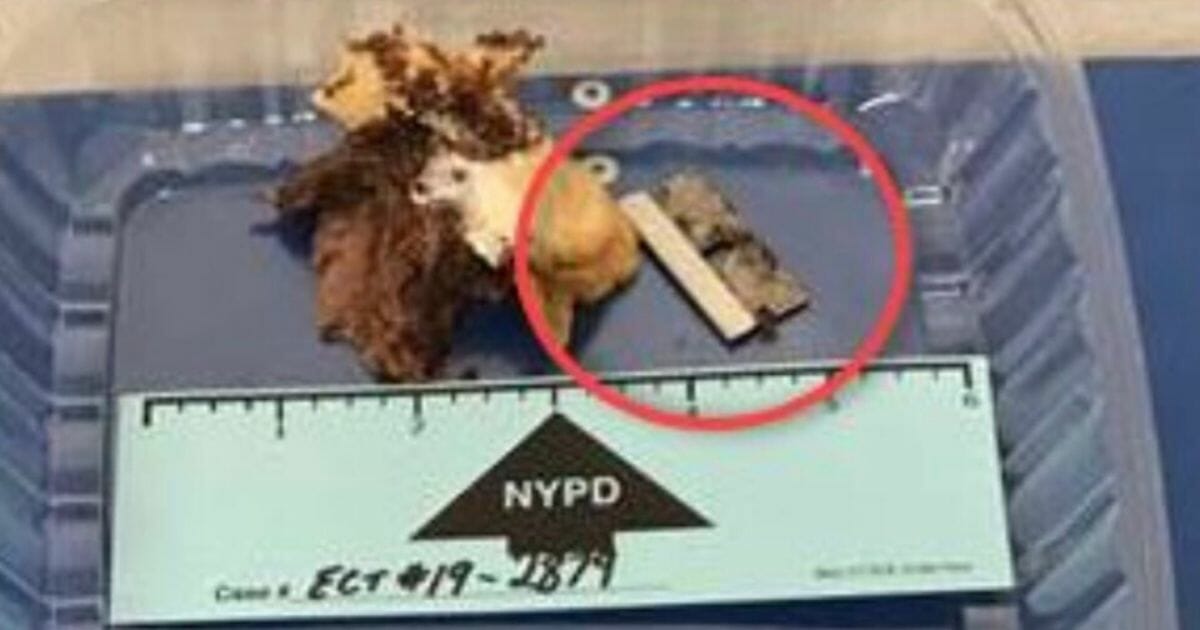 A New York City Police Department officer got a scary surprise after biting into a sandwich and discovering a razor blade waiting for him.

After taking a bite of his purchase, the officer found that the food left him with a cut in his mouth.

Closer examination led to the discovery of the razor blade.

The officer was taken to the hospital, though he was thankfully released soon thereafter.

“The NYPD has ZERO tolerance for acts of violence against our police officers,” NYPD Commissioner Dermot Shea tweeted Friday.

“A sandwich bought at a Queens deli on Thurs. contained a razor blade that cut the inside of a NYPD cop’s mouth. He’ll be OK, but a full investigation into this abhorrent act is underway.”

Along with the tweet, Shea included a picture of the razor-sharp implement.

To repeat: The NYPD has ZERO tolerance for acts of violence against our police officers. A sandwich bought at a Queens deli on Thurs. contained a razor blade that cut the inside of a @NYPDCT cop’s mouth. He’ll be OK, but a full investigation into this abhorrent act is underway. pic.twitter.com/nljW9Er2Uw

Do you think this razor was placed in the sandwich on purpose?

Bon Appetit was quick to issue a statement after the potentially fatal incident became public.

“In our experience, the NYPD officers of the 100th and 101st precincts have been an examplary example of professionalism and service to not only our business but to our local community in the Rockaways, Queens, and New York City at large,” the statement said, according to WNBC.

“If given the opportunity, the management of Bon Appetit would like to personally apologize to the officer and the rest of the local law enforcement community.”

In the statement, the eatery pledged its full cooperation with the investigation.

RELATED: Cop Wakes from Coma To Find Politician Defending Man Who Put Him in Hospital

The restaurant also said it would provide surveillance footage if needed.

It’s still unclear whether the blade was slipped in by an anti-cop employee, or whether it just happened to find its way into the sandwich by accident.

New York City is no stranger to violence against police, and it’s entirely possible that the restaurant unknowingly hired someone who would go out of their way to harm a cop.

A source close to the investigation, though, told the Rockaway Times that the investigators who have watched surveillance footage believe it may have been an accident.

Hopefully, it was indeed unintentional.

If the officer swallowed before discovering the blade, this story could have had a very gruesome and horrific ending.

Thankfully, it was noticed in time, and no serious injuries came from this.