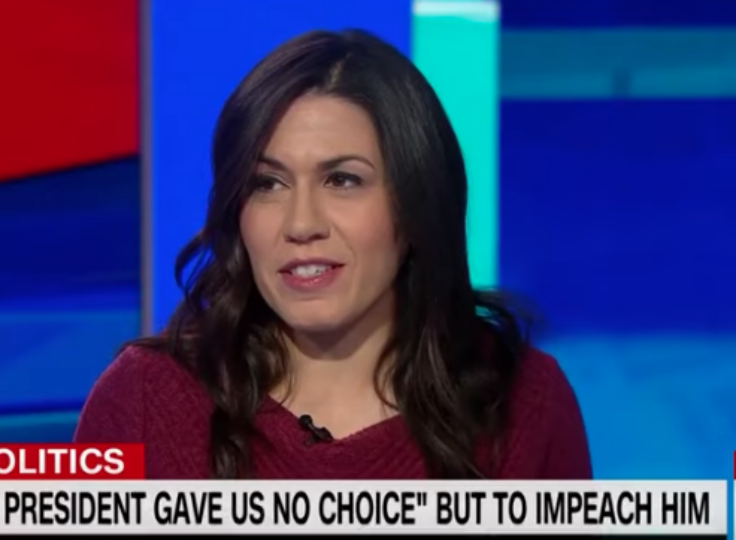 A CNN panel on Sunday highlighted how the impeachment efforts against President Donald Trump are fueled by many Democrats’ personal “animus” against him.

CNN anchor David Gregory played a clip of Speaker of the House Nancy Pelosi (D., Calif.) exploding at reporter James Rosen for asking whether she hated Trump, saying this moment shows how “personal” the impeachment process has gotten.

“That was a moment that really got at something here, which is we know impeachment is a political process, but as it becomes so personal and so much about delegitimizing public figures, that overtakes the Constitutional,” Gregory said.

Gregory also alluded to the moment during last week’s impeachment hearings when Stanford Law Professor Pamela Karlan invoked the name of Trump’s youngest son, Barron, to make a joke. Karlan’s comments, Gregory said, were “bringing it in to those personal terms,” a personal dislike which Pelosi needed to manage in her caucus.

“There are a lot of Democrats that just plain hate the president,” he added.

“There’s been animus against the president since before he came into office. That’s pretty clear—there was a very, very contentious election the last time and the president didn’t win the popular vote, and a lot of people are still very sore about that,” Demirjian said.