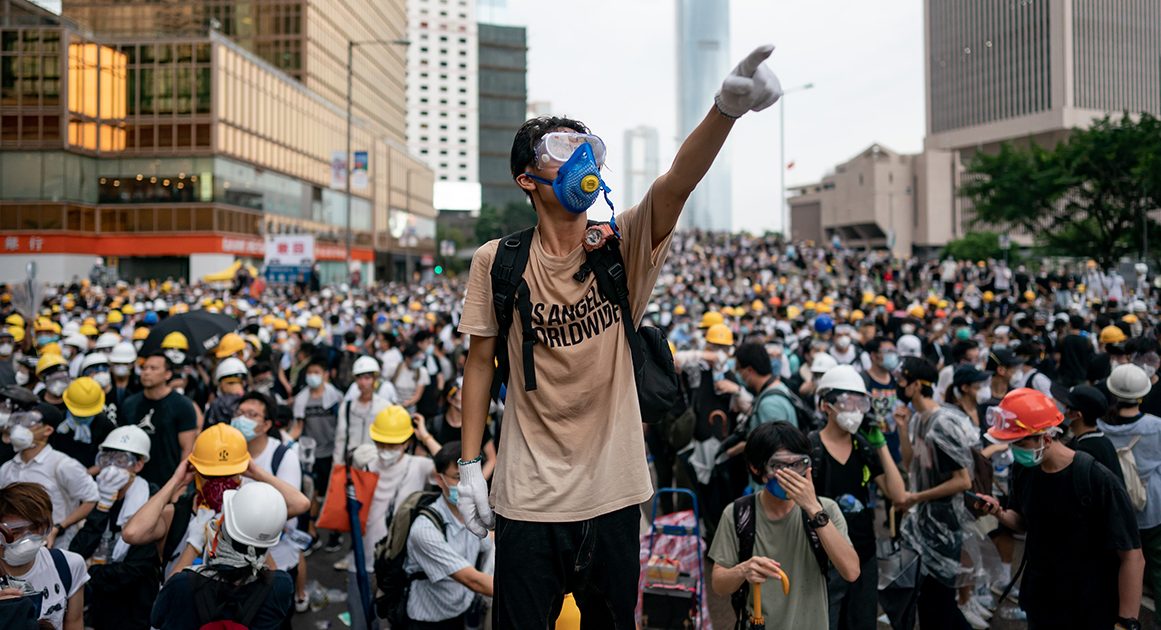 The protests in Hong Kong, which started in early June, were sparked by a bill that would have allowed China and Taiwan to extradite suspected criminals residing in Hong Kong. But the protests are about much more than that. The extradition bill was inspired by Chan Tong-kai, a 19-year-old accused of strangling his pregnant girlfriend to death in Taiwan and then fleeing. That such a deeply unsympathetic suspect launched a protest movement watched around the world illuminates the extent to which Hong Kong residents fear the influence of the Chinese Communist Party.

Save for four years of occupation by Japan during World War II, Hong Kong was a British territory from 1841 to 1997. Its political culture is distinctly British, in that Hong Kong has clear due process rights, quasi-democratic representation, and a healthy respect for civil liberties. In 1997, when the U.K. gave the island back to China, it stipulated that Beijing needed to preserve Hong Kong’s political culture under a “one country, two systems” model. The agreement says China must allow Hong Kong to maintain its system of semi-autonomy through 2047.

Privately operated newspapers in Hong Kong run scathing critiques of politicians without political reprisal. This does not happen in Shenzhen. While mainland China claims to have freedom of association and expression, it also has vague anti-subversion laws that let the authorities target dissidents. “The extradition bill would have blurred the line between the Hong Kong and mainland justice systems,” says Hong Kong–based journalist and lawyer Antony Dapiran.

Hundreds of thousands of Hongkongers have taken to the streets, smashed lamp posts (which are suspected of having surveillance capabilities), and stormed government buildings to keep China from encroaching on Hong Kong’s freedoms prematurely. The protesters have, in turn, been on the receiving end of increased police brutality—a possible harbinger of life under Communist rule.

Most protesters don’t want secession, but they do want to preserve the Hong Kong they know—a wealthy metropolis with high economic freedom and low corruption. Dapiran notes that “the vast majority, if not all, Hongkongers want ‘one country, two systems’ to continue indefinitely.” It is “anxiety” over the 2047 deadline, he says, that’s powering the protests. Hongkongers realize winning full autonomy is unrealistic. But Chinese rule would ruin the freedoms they cherish, and it’s unlikely those freedoms would be restored in their lifetimes.

Hong Kong’s revolutionaries just want to keep what they have. They’re fighting for nothing more, and they will settle for nothing less.