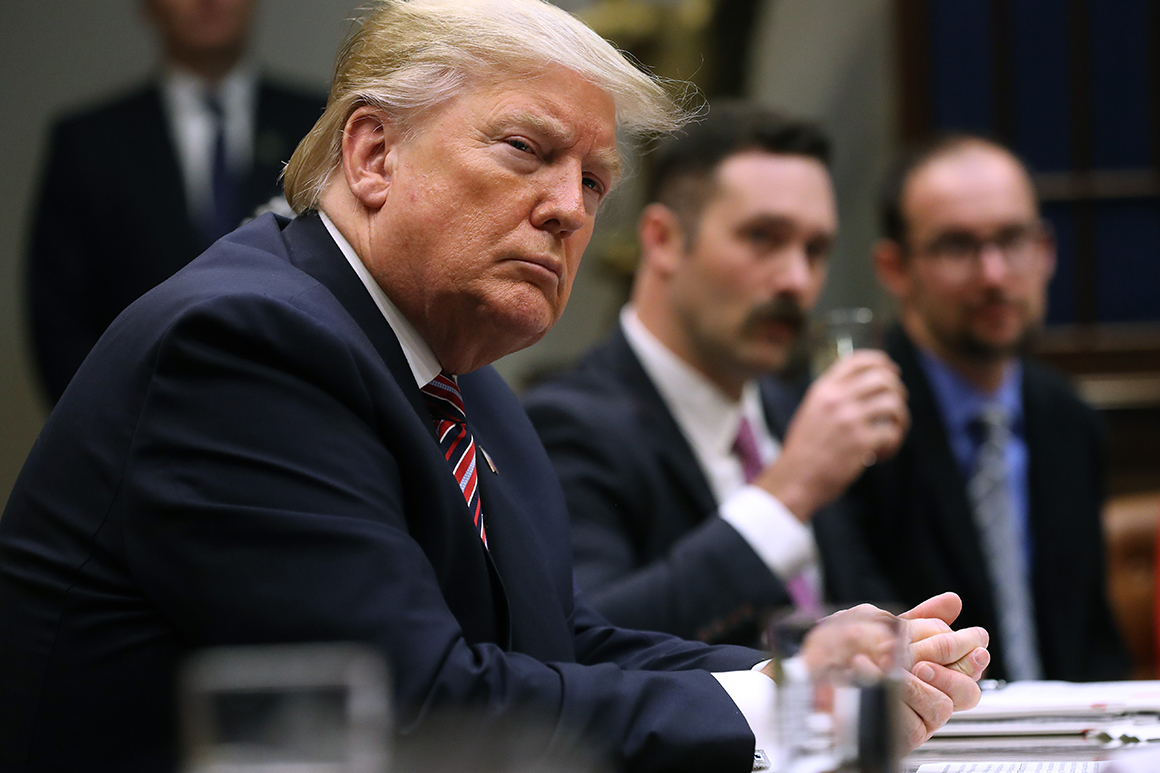 Clinton’s impeachment and Trump’s impeachment have marked differences, of course. While the first involved the denial of an extramarital affair, Trump’s alleged crime involves an attempt to extort the head of a foreign country in order to gain political dirt on a rival. This distinction, however, has been lost on Trump in recent months — particularly as he doubles down on insisting that he did not want a quid pro quo and simply wanted Ukrainian leader Volodymyr Zelensky to root out corruption.

His initial denial in September was notably dotted with non-denial denials, admitting the call took place but insisting he only cared about helping Ukraine deal with endemic corruption.

It was a dodge that downplayed the legal consequences of his actions, perhaps, but not as firm of a denial as “I did not have sexual relationships with that woman.”

Clinton’s denial in a Paula Jones deposition, Trump asserted back in the ’90s, was in fact illegal. “He could have said, ‘Look, I don’t want to discuss it,’” Trump suggested to Matt Lauer on The Today Show in October 1999. “I’ve seen politicians in New York that are scoundrels get away with that for years. ‘I don’t talk about my personal life…’ He should have done that. Instead, he had to lie.”

Clinton’s error, he said during several other interviews, led to Starr’s dogged pursual of other affairs and culminated in perjury charges — another front where Clinton failed to protect himself, said Trump.

Trump already knew how to define his enemies with vicious descriptions, calling Starr a “total wacko” in a Geraldo Rivera interview in November 1999. “There’s the guy. I mean, he is totally off his rocker,” he said, sympathizing with Hillary Clinton, who he called “a very, very good person.”

He saved his harshest verbiage for Clinton’s accusers. “It’s like from hell, it’s a terrible group of people,” Trump told Neil Cavuto on Fox News in August 1998. “The whole group, Paula Jones, [Monica] Lewinsky, it’s just a really unattractive group. I’m not just talking about physical,” he said. When Cavuto asked if Trump’s opinion would change if any of the women were “supermodel”-level attractive, Trump responded: “I think at least it would be more pleasant to watch.”

Trump condemned Linda Tripp, who tipped off Starr to the potential affair between Lewinsky and Clinton, as “the world’s worst” to Lauer a year later.

Cumulatively, all of Clinton’s errors — borne, Trump believed, out of his impulse to be “too much of a nice guy” — had placed him in an “embarrassing, compromising position,” he told Matthews on Hardball.

It “gets deeper and deeper and deeper, and what can he say? Then he goes and admits everything and then they say — then — then they come out and say that he didn’t admit enough. I mean, at some point, it has to stop. And even Starr — Starr has taken something from nothing and brought it into this big crescendo. But you know what? It’s got to stop. It’s enough.”

Trump continued to ruminate on Clinton’s failures after the impeachment trial was over. “When confronted with the Lewinsky matter, Clinton should have stoutly refused to discuss his private life,” he wrote in 2000, in his book “The America We Deserve.”

“He should have also declined to answer, rather than perjure himself. If the Clinton affair proves anything it is that the American people don’t care about the private lives and personal [sic] of our political leaders so long as they are doing the job.”

It also helped him come up with an attack like against Hillary Clinton once he began running against her in 2016.

So what would Trump consider impeachable? In a 2008 interview with Wolf Blitzer on CNN, he said he believed President George W. Bush deserved the punishment for “lying” about the justification for the Iraq War, expressing surprise that Nancy Pelosi, then in her first stint as House speaker, hadn’t tried.

“Look at the trouble Bill Clinton got into with something that was totally unimportant. And they tried to impeach him, which was nonsense,” he said. “And yet Bush got us into this horrible war with lies, by lying, by saying they had weapons of mass destruction, by saying all sorts of things that turned out not to be true.”

Digesting those lessons appears to have prepared him for his current fight.

Today, Trump demands loyalty from his party, throws countless allies under the bus, and most importantly, never, ever, ever admits wrongdoing.

A House impeachment charge and a Senate trial will ultimately decide his fate, and hand down the verdict on whether he committed a crime. But regardless of whether the Republican-held Senate votes to remove him from office, one thing’s for sure: As Trump insisted in a New York Times article published September 13, 1998, admission of guilt and apologies are for the weak.

“Mr. Clinton’s latest attempts to grovel and continuously apologize to anyone willing to listen are demeaning both to himself and his country,” he wrote. “How many times does he have to say ‘I’m sorry’?”

CORRECTION: The name of Pastor Robert Jeffress was misspelled in an earlier version of this article.