Democratic Massachusetts Sen. Elizabeth Warren has made her opposition to pricey fundraisers a staple of her presidential campaign. “I don’t do big-dollar fundraisers at all,” she told “Tonight Show” host Jimmy Fallon on Wednesday.

But Warren has carved out a workaround to her pledge by speaking at high-dollar fundraisers for the Democratic National Committee (DNC), whose financial support in the general election will be crucial to Warren if she is the party’s nominee.

Warren on Thursday spoke at the DNC’s IWillVote Gala fundraiser in Boston. The DNC didn’t publicize ticket prices for the event, and didn’t return an email inquiring about the costs, but an archived invitation shows the DNC charged up to $50,000 per ticket package when it held the same event in Atlanta earlier in 2019.

Contribution levels for the DNC’s IWillVote Gala in Atlanta in June ranged from $1,000 to $50,000, with donors receiving better perks for larger donations, according to the Internet Archive’s Wayback Machine.

Contribution levels for the event ranged from $100 for a “young professional,” to $50,000 for a “WLF Ambassador,” the perks of which included ten VIP tickets to the Women Will Vote Gala, according to an archived version of the invitation page. 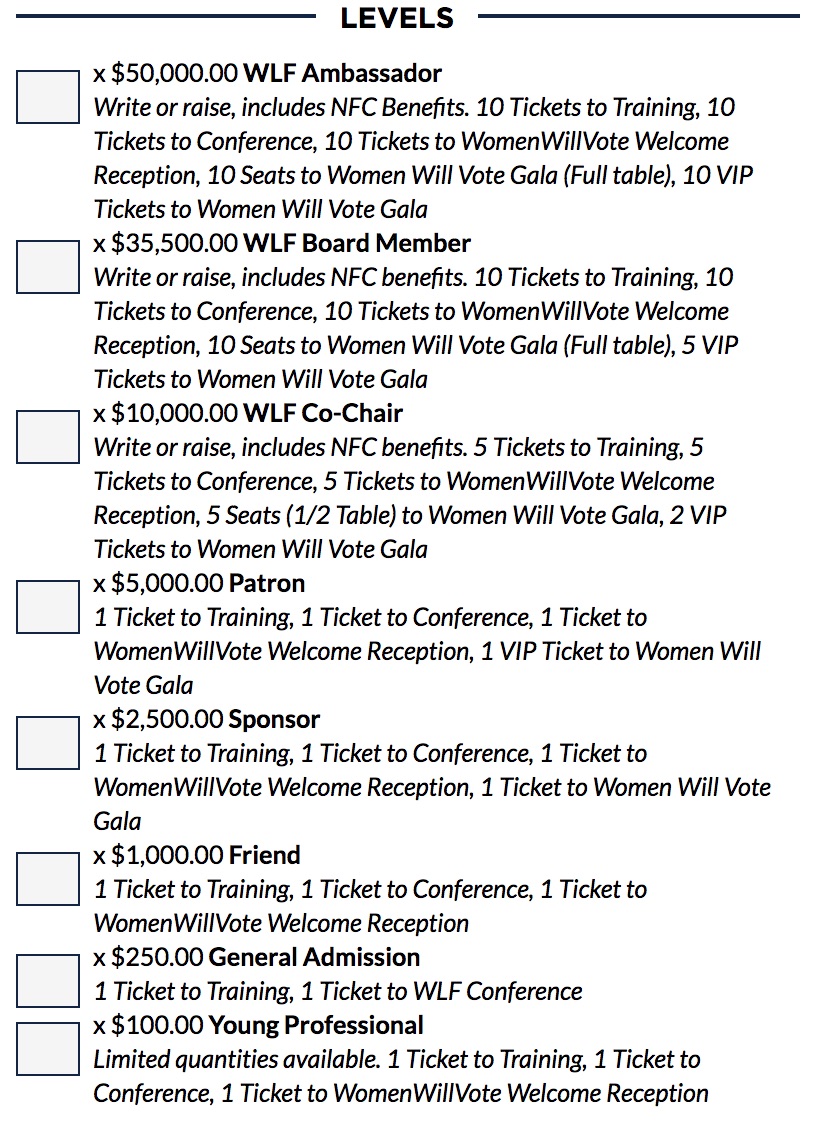 The liberal senator in August spoke to party donors at another DNC fundraiser in San Francisco, Politico reported.

Warren in October defended attending high-dollar fundraisers for the DNC. “I will help the party,” The Associated Press quoted her saying. “I am not going to ask Democrats to unilaterally disarm in the face of an onslaught of money.”