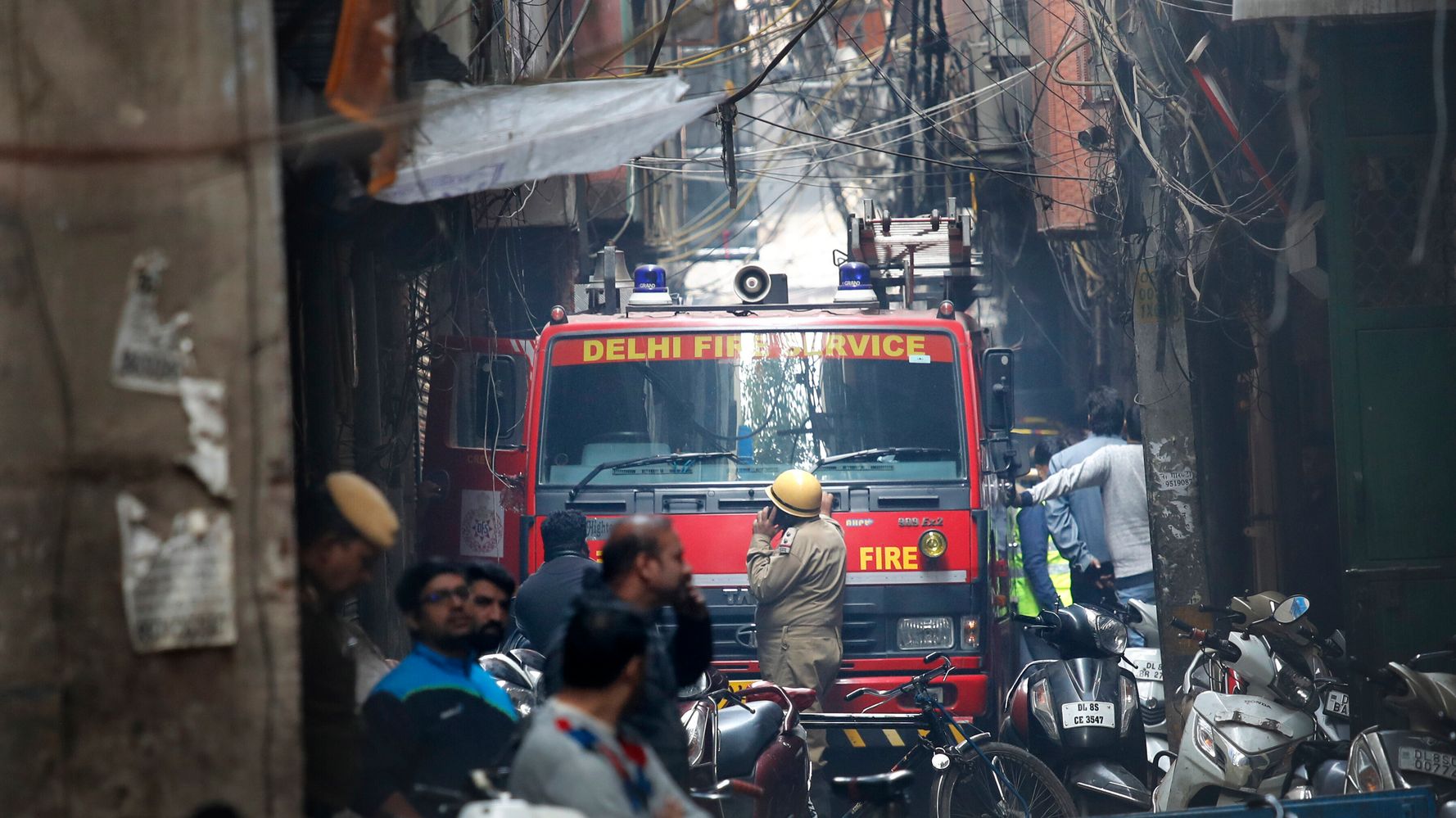 NEW DELHI (AP) — Indian authorities investigated the cause of a devastating fire Sunday that killed at least 43 people in a crowded grains market in central New Delhi while chaos unfolded outside a hospital where some of the victims were taken.

Firefighters fought the blaze from about 100 yards away because it broke out in one of the area’s many alleyways, tangled in electrical wire and too narrow for vehicles to access, authorities at the scene said.

The fire started at a factory space near Sadar Bazaar, New Delhi’s largest wholesale market for household goods. Many of the victims were factory workers who were asleep when the blaze began, according to Yogesh, a police spokesman who uses one name. Police are investigating whether the factory was operating legally, he said.

Dr. Kishore Singh said rescuers brought victims to his government-run hospital and two others in the city. Another 16 people were being treated for burns or smoke inhalation and were in stable condition, Singh said.

More than two dozen police officers stood guard outside the Lok Nayak hospital, keeping a crowd of people from entering. Relatives of the workers cried, consoled one another and jostled for information.

Many of the families gathered at the hospital said they came from the impoverished border state of Bihar in eastern India, including Mohammad Moti, who was searching for his 22-year-old nephew, Mohammad Chedi.

“I was told by someone my nephew is inside, but I haven’t seen him,” Moti said.

Fire Services chief Atul Garg said the blaze was put out by 25 fire trucks and that the rescue operation was completed. About 60 people, including casualties, were taken out of the building, according to police spokesman Arun Kumar Mittal.

The cause of the fire, which erupted around 5:30 a.m., was not immediately clear.

Distraught relatives also appeared at the site of the blaze.

The Press Trust of India news agency quoted Manoj, who uses one name, as saying that his 18-year-old brother Naveen was working in a handbag factory in the building.

“I got a call from his friend informing that he has been injured in the incident. I have no clue which hospital he has been taken to,” he said.

Manoj Tiwari, a Bharatiya Janata Party lawmaker from New Delhi, said most of the casualties occurred on the third floor of the building.

“My thoughts are with those who lost their loved ones. Wishing the injured a quick recovery,” Modi tweeted. Authorities are providing all possible assistance at the site of the tragedy, he said.

The fire in Delhi’s Anaj Mandi on Rani Jhansi Road is extremely horrific. My thoughts are with those who lost their loved ones. Wishing the injured a quick recovery. Authorities are providing all possible assistance at the site of the tragedy.

Fires are common in India, where building laws and safety norms are often flouted by builders and residents.

In 1997, a fire in a movie theater in New Delhi killed 59 people. In February this year, 17 people were killed by a fire in a six-story hotel in the Indian capital that started in an illegal rooftop kitchen.