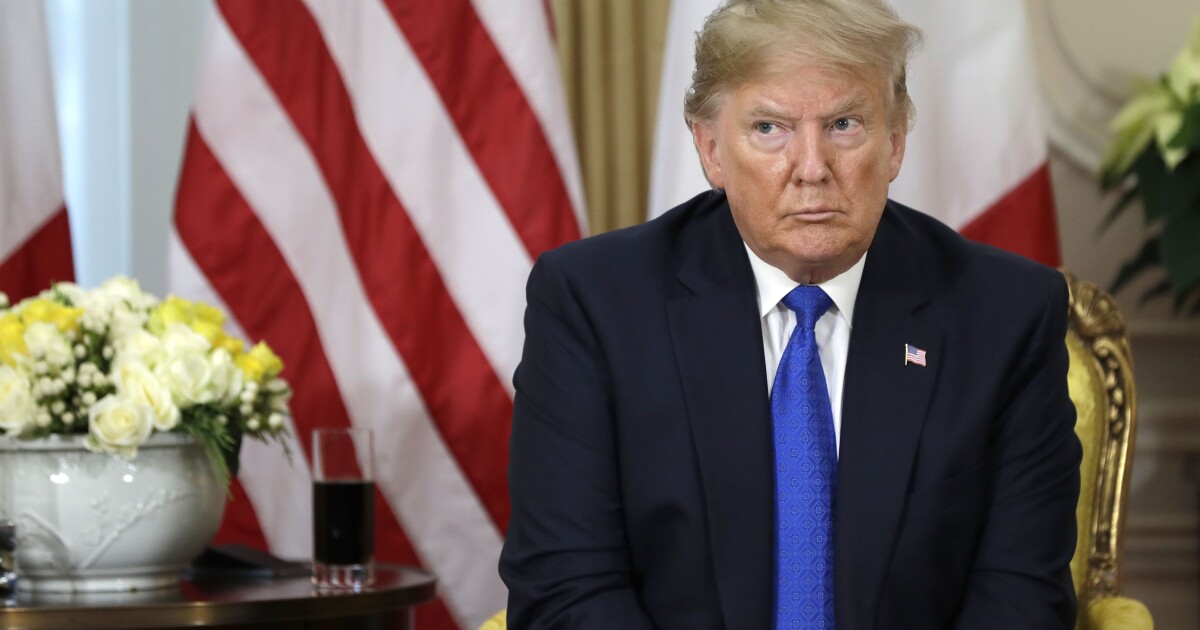 Last week’s NATO summit in London should have been a nice little success story for President Trump.

For once he went to an international meeting without intending to blow it up. Instead, he planned to trumpet how he had convinced several European allies to boost defense spending, one of his foreign policy priorities.

The clip became fodder for late-night comedians, plus a biting video from Joe Biden’s presidential campaign. “The world is laughing at President Trump,” it said.

Well, yes. But the mean-girls melodrama at the NATO summit reflected more significant problems with Trump’s foreign policy as he runs for reelection.

A president who promised to make “great deals” hasn’t actually gotten many deals done. Most of the international agreements Trump vowed to make in his first term are unfinished at best.

And after three years of Trump’s threats, bluster and policy reversals, leaders of other countries appear perfectly willing to push back.

His most important trade negotiations, with China, could be on the verge of an agreement — or maybe not. In London, Trump said a China pact could wait until after the 2020 election.

Even then, the proposed deal is relatively modest. It would mainly increase Chinese purchases of U.S. goods, not reshape China’s trade and investment policies as White House officials once sought. And the targets for U.S. farm exports to China are underwhelming, no more than might have been achieved without a punishing trade war.

In nuclear security, Trump set out to persuade North Korea’s Kim Jong Un to dismantle his nuclear arsenal in exchange for aid and investments.

But 18 months after Trump and Kim met in Singapore, the nuclear talks are stalemated, and perhaps sliding backward.

North Korea has stopped testing nuclear weapons, but has resumed testing short-range missiles. After Trump referred to Kim in London as “rocket man,” a reprise of his pre-summit insults, a North Korean official condemned it as the act of “a dotard,” a repeat of their earlier barb.

In Afghanistan, Trump set out to cut a deal with the Taliban, the Islamist faction toppled from power by U.S. forces in 2001.

He even invited their leaders to Camp David to sign a deal to permit withdrawal of all U.S. troops and end America’s longest war. But Trump’s offer blew up in his face. The Taliban weren’t interested in a photo op, and Republicans in Congress didn’t like the idea either.

Last week, a U.S. negotiator set out to restart the talks, but initial signs weren’t promising. Trump said the Taliban “want to do a cease-fire.” Taliban officials said that wasn’t true.

In Iran, Trump and his aides have imposed crushing economic sanctions, saying their aim is to force the Islamic regime into negotiations toward new restrictions on its nuclear program.

The sanctions have helped produce economic chaos and riots, but have not succeeded in budging the Tehran government, which says the United States should return to the 2015 nuclear deal Iran made with President Obama.

Elsewhere in the Middle East, Trump promised a major effort to negotiate peace between Israel and the Palestinians, and put his son-in-law, Jared Kushner, in charge.

“We will get it done,” the president promised in 2017. “It’s something, frankly, maybe not as difficult as people have thought over the years.”

That ambitious project never got off the ground. Kushner was reassigned to help close a trade deal with China and build a border wall with Mexico.

Why hasn’t Trump’s negotiating style, honed in the bare-knuckled world of New York real estate, delivered the Nobel Peace Prize he yearns for?

Because diplomacy requires give-and-take, not just threats and bluster. Demands that might win concessions from building contractors don’t always work with superpowers, or even weaker but prideful countries like Iran.

When Trump has succeeded overseas, it has come from redefining his goals downward — by making modest deals and describing them as historic achievements.

That’s what happened in the U.S.-Mexico-Canada trade deal, a useful but not earthshaking update of the 1994 North America Free Trade Agreement that is still awaiting approval from Congress.

That’s what will happen if China agrees to a trade deal with soybean purchases as a centerpiece. And it’s the case at NATO, where Trump still wants big increases in European defense spending but is happy to accept modest growth for now.

The president still insists that major agreements are on the way. “Everybody wants to make a deal,” he says.

Do they really? Trump clearly does. Next year, voters should look at his record and ask: Where are the deals?