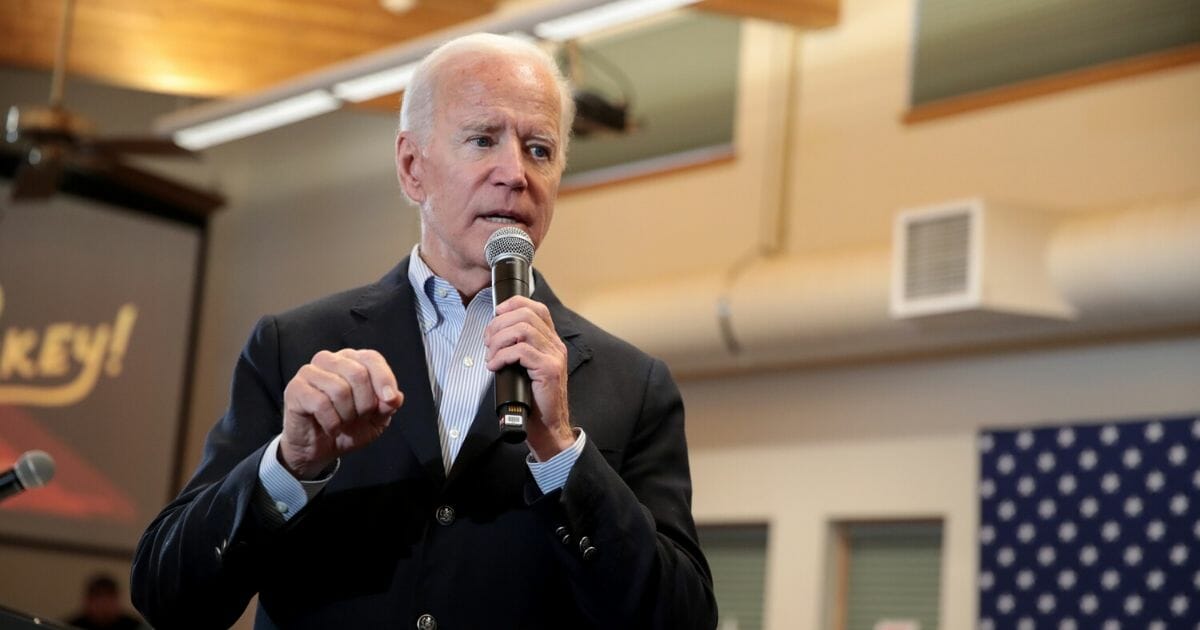 California Sen. Kamala Harris hadn’t been in the top tier of Democrat candidates in quite some time. However, you could still squint and pretend she was, given that she managed to clear the hurdles that were supposed to separate the wheat from the chaff.

Well, Kamala’s officially gone now, so you can cue the #DebatesSoWhite complaints.

The New York Times: “Democrats Ask: Do We Really Want an All-White Final Four?” FiveThirtyEight: “How Did The Democrats End Up With A 2020 Field So White And Male?” The Daily Beast: “Democrats Must Not Have an All-White Debate — and the White Candidates Should Say So.”

It’s not that writer David De La Fuente at The Daily Beast wants white candidates to apologize for being popular, but he has a bone to pick with the “debate inclusion practices” of the party — which is an interesting stance given that the policy wasn’t terribly unpopular when it was whittling down a huge field of mostly insignificant candidates.

I mean, I know I want to see more of Marianne Williamson on stage, for instance, but did the Democrats really want her to spend more airtime rambling on about “dark psychic forces” or whatever her candidacy was about? And then they could throw it over to Michael Bennet who would say, well, whatever it is Michael Bennet believes?

So anyway, I think what we all really needed was one of these white debate participants to condescendingly apologize for the fact that the debate in December could be all-white. Thankfully, we have someone brave enough to do so: Joe Biden.

“It’s not representative of the party,” the former vice president said defensively on Friday.

On possibility of a debate stage of all-white candidates, Joe Biden tells @ABC News, “Obviously it’s not representative of the Democratic Party.”

Do you think Joe Biden should be defensive about the Democratic Party’s primary procedures?

Really, at this point I’d just like someone to apologize for the fact that one of these six very white candidates who’s qualified to be on stage in Los Angeles for the December 19 debate is tofu nothingburger billionaire windbag Tom Steyer. That’s really all I need.

Thus far, two candidates of color have met the fundraising criteria — Rep. Tulsi Gabbard of Hawaii, a Samoan-American, and entrepreneur Andrew Yang, an Asian-American — but are both one qualifying poll short of making it into the field. To count towards admission at the debate, a poll must be released between Oct. 16 and Dec. 12, according to USA Today.

In fact, the lack of racial diversity has become a way to get attention. New Jersey Sen. Cory Booker, whose campaign has never reached escape velocity from that 1-2 percent polling range that’s already ended so many candidacies, has pointed out (with a line that sounds like it was workshopped to death among his campaign staff) that there are now “more billionaires than black people” in the Democratic race.

According to CNN, the gambit worked:

“The New Jersey Democrat raised more than $1 million dollars between Tuesday — when Sen. Kamala Harris of California dropped out of the race — through Friday, his campaign said,” the outlet reported on Saturday. “His campaign added that Wednesday was his best online fundraising day of the entire campaign.

“That money came not only from Booker loyalists, but from many new supporters. Of 33,000 donors who contributed to the campaign since Tuesday, more than 50%, or roughly 17,000 donors, gave to Booker for the first time. The average contribution was $25, according to the campaign.”

The problem for Booker hasn’t been fundraising but polling: Neither he nor former Housing and Urban Development Julián Castro, the two most visible minority candidates after Harris’ exit, have hit the necessary mark in a single poll thus far. That means it’s likely too late for either to qualify.

But then again, this is what you get when you sign your party up for identity politics on an industrial scale. Biden is essentially apologizing for the fact that the final six candidates to qualify for a debate are white even though two of them are female, one is Jewish and one is a gay man (with a husband). If you want to hit arbitrary marks for liberal diversity, that’s not terrible.

And yet, what does it say about the Democrats that they’re the party that seems to care about this but ended up with a field of white people? It’s their money being donated and their members taking these polls, after all. They’re self-flagellating over this — and yet, who’s responsible for this?

Biden says that this arrangement isn’t “representative of the party.” It’s almost like he’s saying, in a roundabout way, that his success shouldn’t be seen as representative of anything. I’d agree, but for much different reasons than I think he’s positing.

As for Booker and Castro, neither is lagging in the polls because of latent racism. The same was true for Harris; The New York Times’ pre-mortem of her campaign days before she decided to make it official and kill the sucker was a useful primer if you need to know how to squander momentum and kill a presidential run with bad hires and worse strategy.

I can’t imagine the Booker or Castro stories will be as interesting or have that whole momentum bit, but they’ll doubtlessly be similar.

To this extent, Biden needn’t apologize for the fact that this group of six — and really, more like four — is “who’s going to be able to garner votes, who’s going to be able to stay in the race.” The Democratic Party cannot make good decisions on behalf of Booker, Castro, Gabbard, Harris or Yang. The party can’t force people to give them money. (Although, as Booker proved, candidates can certainly guilt donors into it.)

And most importantly, they can’t force people to vote for them once debate season becomes primary season.