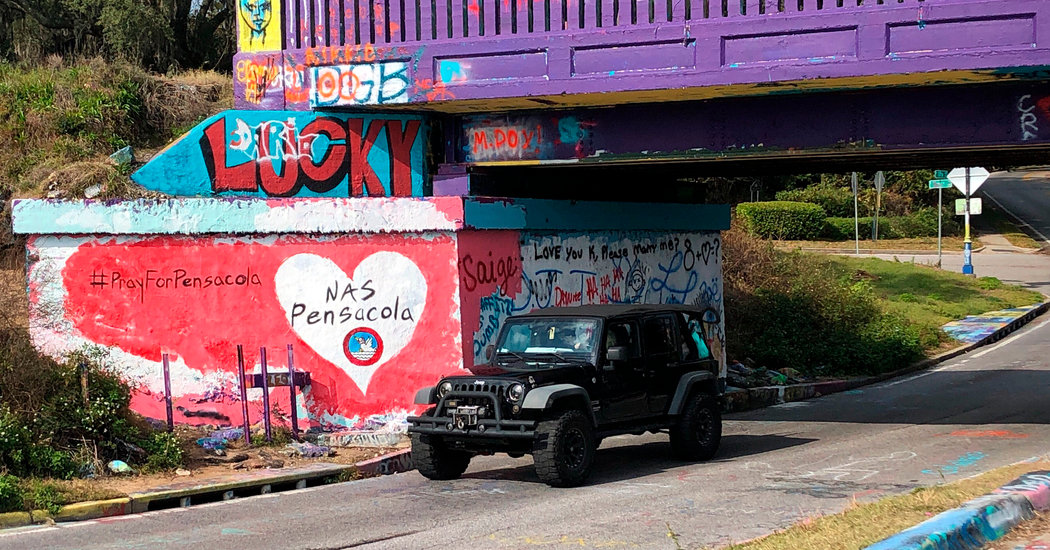 After his initial arrival in the country, Lieutenant Alshamrani attended language school at Lackland Air Force Base in San Antonio, Texas. There, he took classes in English, basic aviation and initial aviation training. During school breaks, the lieutenant would return home to Saudi Arabia, Pentagon officials said.

When he came back to the United States this February, friends and colleagues noticed that Lieutenant Alshamrani, who was Muslim, had become more religious, said a person briefed on the investigation.

It was not immediately known what he did between February and last week, when he signed into his new training unit in Pensacola. He had been living in the Pensacola area for some time before that, but it was not clear what he was doing, said the person briefed on the inquiry.

Abbas Musa, the imam at the Al Islam Dawah mosque in Pensacola, said he did not recognize the shooting suspect, and said news of the attack had made his skin crawl. “What in the world would trigger you to do something like that?” Mr. Musa said. “It makes you sick. We reject it.”

At the apartment building where public records suggest the gunman may have lived, in unincorporated Escambia County, several neighbors said they did not know him. Landlords often offer short-term leases to people participating in Navy training at the base and there is a high amount of turnover, they said.

Defense Secretary Mark T. Esper said on Saturday that he had directed the Pentagon to look at vetting procedures for foreign nationals who come to study and train with the American military.

The Department of Defense has 5,181 foreign students from 153 countries in various training programs. Acceptance requires screening for each applicant before acceptance, including running searches for evidence of drug trafficking, support of terrorist activity, corruption or other criminal conduct.