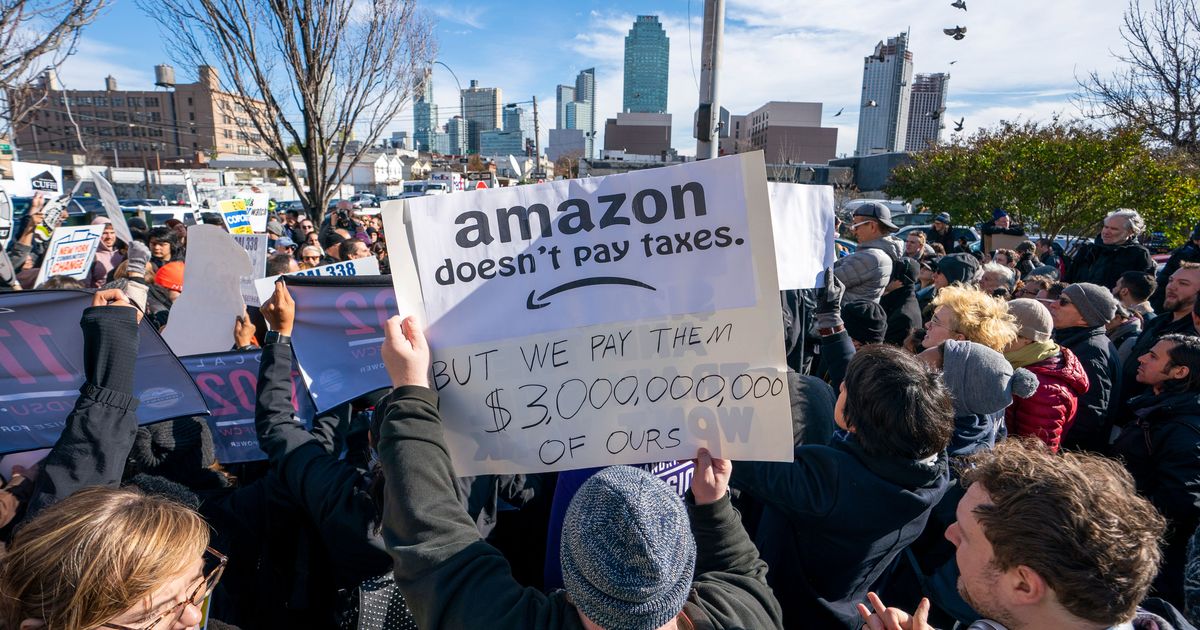 Does anybody have the Dashboard Confessional song “Vindicated” on hand?

A report from the Wall Street Journal says that Amazon has leased new offices in Manhattan for 1,500 employees.

The news comes 10 months after Amazon abandoned its plans to build its second headquarters (“HQ2”) in Long Island City, Queens. The company reversed course thanks to protests from residents and local officials who objected to the $3 billion it would receive in tax credits, and the gentrification, raised rents, and commuting mayhem it promised to bring.

Among those critics was Congresswoman Alexandria Ocasio-Cortez, who objected to what she saw as a government handout. Some people in turn criticized AOC for denying people jobs, and ostensibly scaring off the tech industry.

Now, AOC is claiming victory, saying that Amazon obviously was not deterred: the new development comes sans-tax breaks and other perks.

Won’t you look at that: Amazon is coming to NYC anyway – *without* requiring the public to finance shady deals, helipad handouts for Jeff Bezos, & corporate giveaways.

Maybe the Trump admin should focus more on cutting public assistance to billionaires instead of poor families. https://t.co/BbqhXbB9MM

Amazon’s new digs will be in the Hudson Yards neighborhood, an area in west Manhattan dominated by a luxury work-play-eat-cry development called Hudson Yards, that opened in March 2019.

Ironically, the new neighborhood is attracting tenants like Amazon and Facebook because of the massive development — which itself received an estimated $6 billion in city tax breaks and other incentives. Now, when people come to visit Amazon’s NYC office, at least they can stay in the Hudson Yards Equinox Hotel!