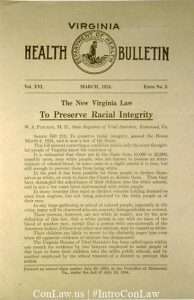 In Loving v. Virginia (1967), the Supreme Court considered the constitutionality of criminal convictions of Richard and Mildred Loving for violating the Racial Integrity Act of 1924. The penultimate sentence of the opinion stated, “These convictions must be reversed.” This landmark decision did not purport to “strike down” Virginia’s ban on interracial marriage. Nor could it. Courts lack a writ of erasure.

To this day, the Racial Integrity Act remains on the books in Virginia. Of course, it would be unthinkable for any governmental official to enforce the law. He would immediately be sued, and the courts could hold him in contempt for disregarding clearly established Supreme Court precedent.

Yet the statute remains–hopefully not for long.

The Commission’s interim report identified dozens of instances of overtly discriminatory language still on our books, including laws banning school integration, prohibiting black and white Virginians from living in the same neighborhoods, and prohibiting interracial marriage. While many of these Acts have been overturned by court decisions or subsequent legislation, they remain enshrined in law.

To be precise, the Acts were not “overturned.” They were merely declared unconstitutional, and state officials were barred from enforcing those laws. But to be sure, these statutes do remain enshrined in law. And they should be repealed.

The thorough report lists the Racial Integrity Act of 1924 for repeal. The report also identifies a flurry of massive resistance legislation enacted after Brown v. Board of Education (1955). Many of these laws authorized the establishment of private, segregated schools, that would receive public funding. One of the laws actually divested localities of authorities over their schools if they favored integration. Here are the laws passed in 1956:

Later, the Governor was given authority to seize control of the schools, which could then subsequently be closed. 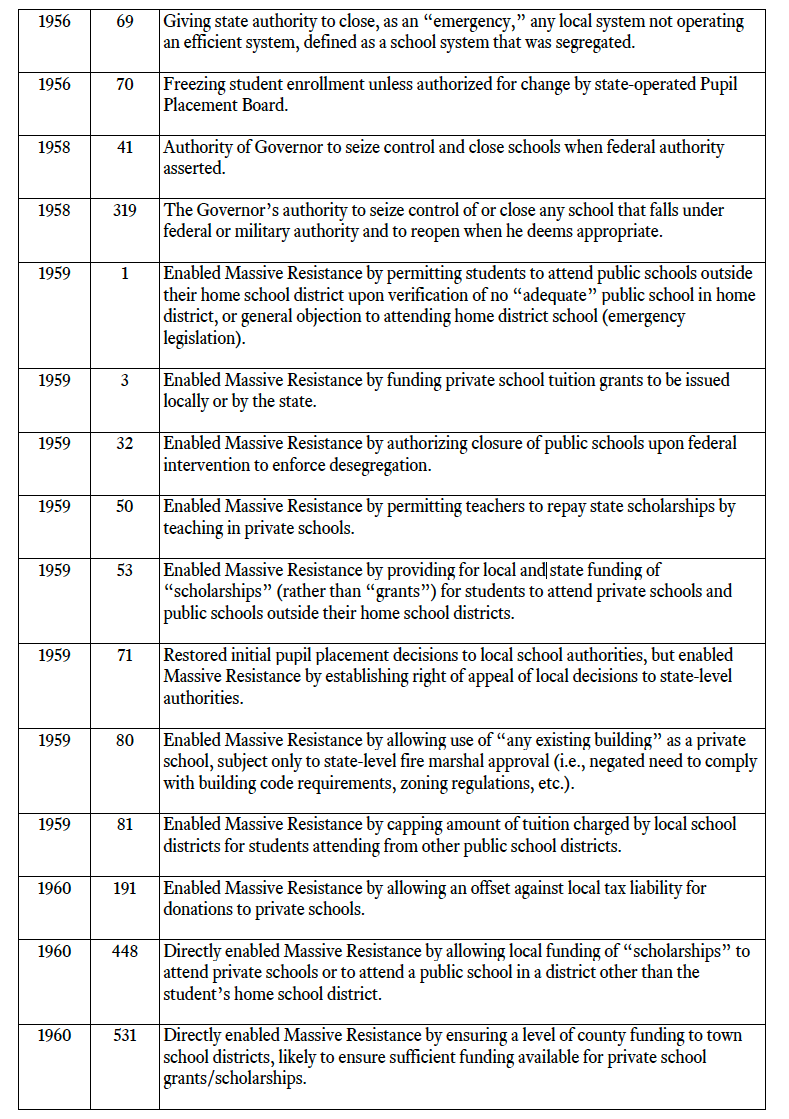 The report recommends repealing certain laws regarding “feeble-minded” individuals. But it does not (as far as I can tell) recommend the repeal of the Sterilization Act of 1924. The Supreme Court upheld the constitutionality of this provision in Buck v. Bell (1927).

The Sterilization Act of 1924 should be repealed.

Virginia should also repeal its prohibition on sodomy, VA. CODE ANN. § 18.2-361(A) (West 2014). This statute cannot withstanding constitutional scrutiny after Lawrence v. Texas (2003), and the Fourth Circuit’s decision in MacDonald v. Moose (2013). It should be scrubbed from the statute books.