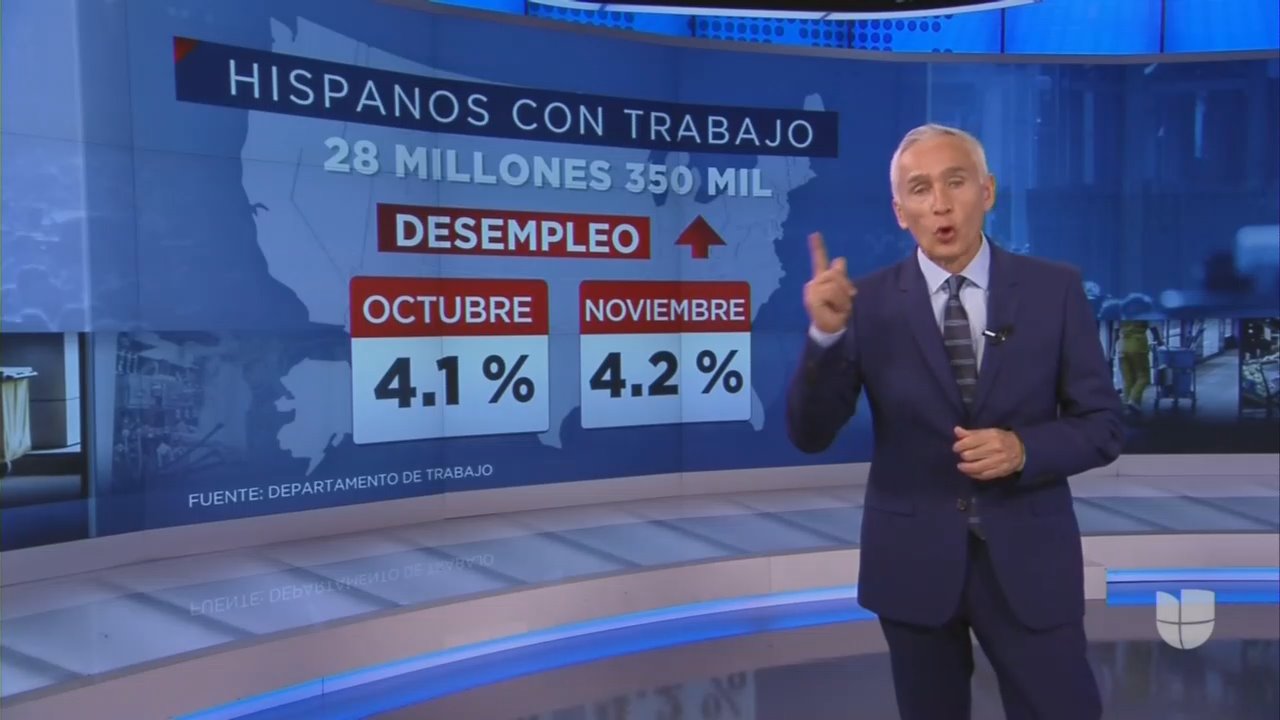 What was once anomalous bias by omission is now a familiar monthly ritual. The nation’s leading Spanish-language networks can’t seem to wrap their heads around the idea of having to report on the Trump administration’s jobs numbers within the Hispanic community, and if they do so, the report must end on some kind of sour note. The November report was no exception.

Watch below as Univision’s Jorge Ramos plowed through the record jobs report, and made sure to end on an extra salty note:

JORGE RAMOS: There’s some good news. The U.S. economy generated 266,000 jobs last month, reducing the national unemployment rate to 3.5 percent. That is the lowest (rate) in 50 years. The number of Hispanics with jobs went up to 28 million 350 thousand, which is a new record. Even so, the unemployment rate among Hispanics increased from 4.1 percent in October to four point TWO percent in November, according to data from the Department of Labor.

FOUR POINT TWO bleated Ramos plaintively, so as to end the report on that note as opposed to the 28 million plus Hispanics working. Of course, the 4.2 unemployment rate directly correlates to the 67.4% labor participation rate that was also in the report cited by Ramos. More Hispanics entered the workforce and found jobs. But this little bit of data would’ve been inconvenient to the report, so it was left out.

That was all of it too, 28 seconds of glory. Not shockingly, this was better than what Telemundo mustered, which was to omit the jobs report entirely. There was no mention whatsoever of the economic boom happening within the Hispanic community, but NBC’s Spanish-language network DID find two minutes to devote to Greta Thunberg’s arrival in Spain- an ocean away.

This refusal to give fair coverage to actual economic news happening within our community seems to based solely on the fact that it is happening under the watch of the Trump administration, further reinforcing the notion that these networks exist only to foster grievance within the Hispanic community.