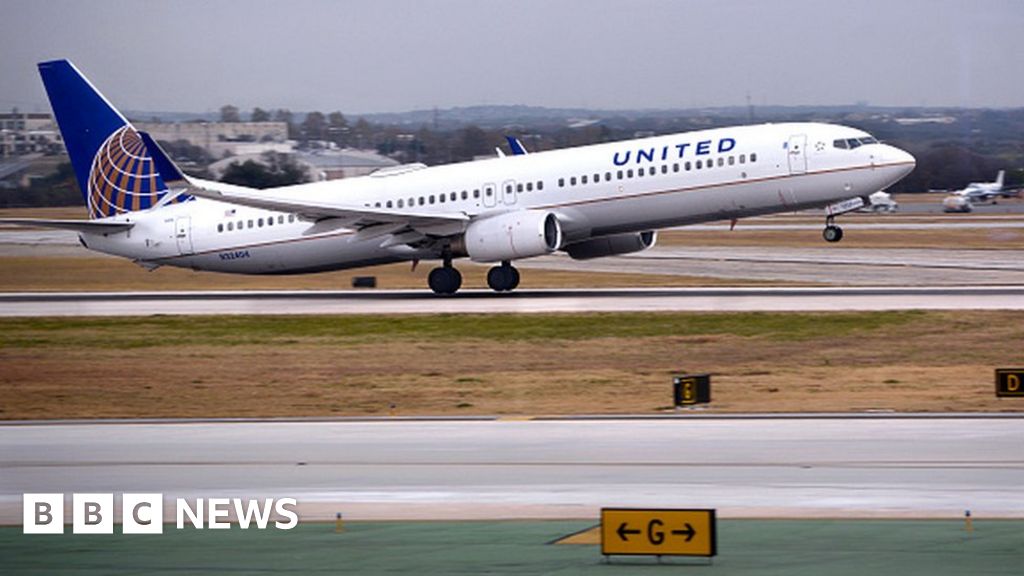 A woman has been stung by a scorpion while travelling on a United Airlines flight from San Francisco to Atlanta.

The woman says she felt a stinging sensation on her leg during the flight on Thursday morning.

When she went to the toilet, the scorpion fell out of her trousers and scuttled away.

The passenger was treated by paramedics before being taken to hospital, the airline told the BBC. She has not been named and her condition is not known.

“After learning that one of our customers on flight 1554 from San Francisco to Atlanta was stung during flight, our crew responded immediately and consulted with a MedLink physician on the ground who provided medical guidance,” the airline said in a statement.

“The customer was transported to a local hospital,” it added. “We have been in contact with our customer to ensure her well-being.”

A picture of the scorpion in what appears to be a United Airlines-branded box was published by celebrity news website TMZ, which first reported the story.

Although rare, it’s not the first time a scorpion has been found on a commercial flight.

Earlier this year, a scorpion was filmed crawling out of the overhead luggage rack on a Lion Air flight in Indonesia.

A similar incident happened in 2017, when a Canadian man said he was strung by a scorpion on a United Airlines flight.

Richard Bell said the scorpion fell on his head from above him while he was eating lunch on a flight from Houston, Texas to Calgary in Canada.

The airline offered Mr Bell flying credit as compensation, which he accepted.

Later in 2017, an EasyJet flight from Paris to Glasgow was delayed overnight after a passenger spotted a scorpion on board.