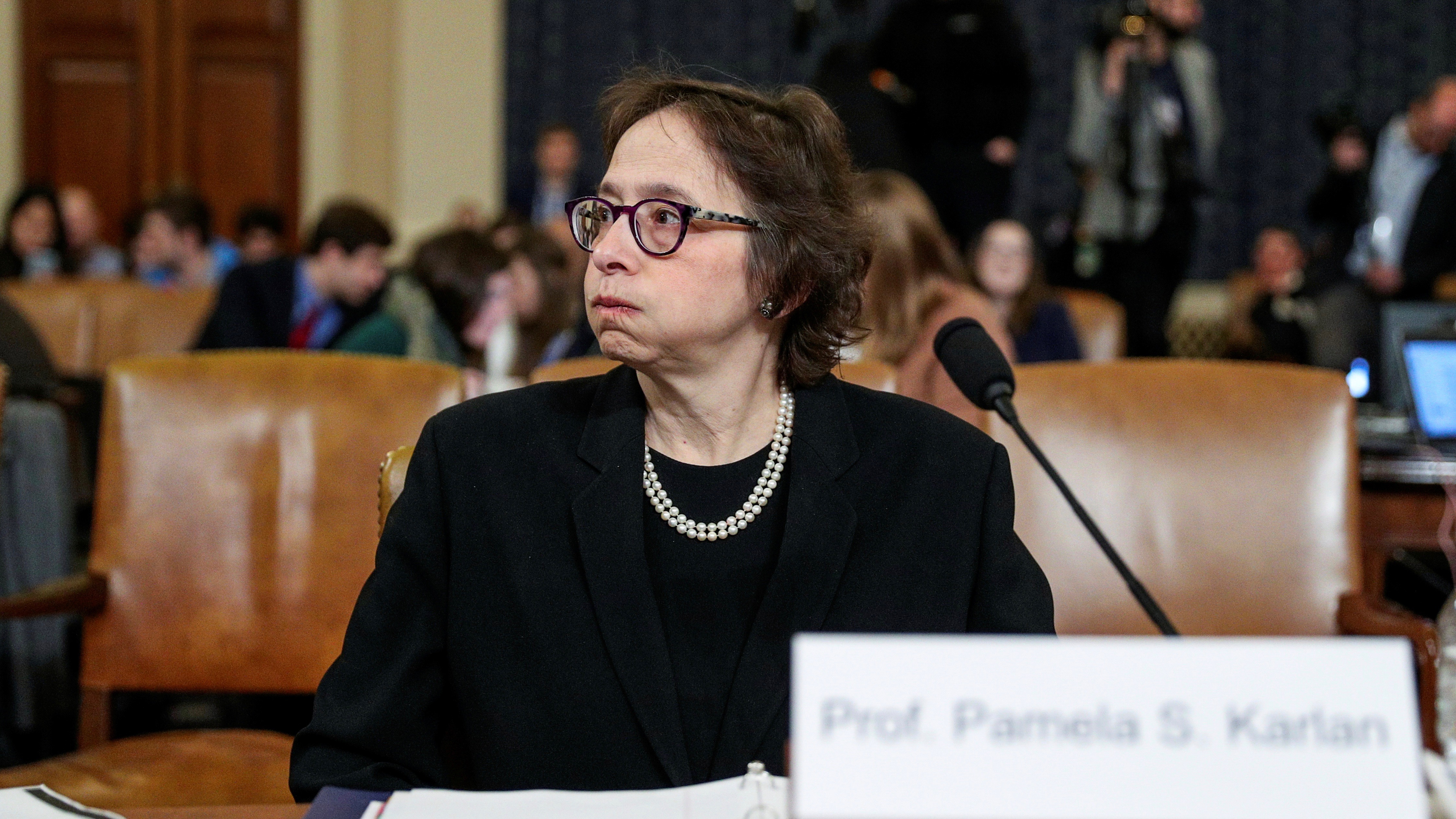 This week, the House Judiciary Committee heard from four legal scholars about the constitutional grounds for impeaching US president Donald Trump. The hearing on the law, however, turned into a bit of a trial for the esteemed witnesses and the very notion of principle.

The scholars were invited to opine on the Constitution and the meaning of the impeachment clause—whether Trump’s actions as revealed by the inquiry into his Ukraine dealings constitute impeachable offenses in light of the law. But California Republican Tom McClintock had a more personal question for the academics, asking the panel of four to raise their hands if they supported Trump’s election in 2016.

Stanford Law School professor Pamela Karlan, an expert on voting law, was clearly horrified, responding, “I have a right to cast a secret ballot.” And Harvard Law School scholar Noah Feldman pointed out that not raising hands didn’t indicate an answer but an objection to the question itself.

McClintock’s point was to undermine the witnesses’ presentations by pointing out their personal politics. The implication is that they can’t possibly offer a reliable interpretation of the law because they dislike Trump, and therefore their testimony can be dismissed as partisan rhetoric.

One problem with this tactic—emphasizing individual bias—is that it undermined the testimony of the Jonathan Turley of George Washington University law school, invited by Republicans, who made it a point to say he didn’t vote for Trump but didn’t think there was sufficient evidence yet to impeach. Turley’s ability to reach a conclusion contrary to his ideology was meant to be proof of his objectivity. Yet McClintock was suggesting this very thing, objectivity, is an impossibility.

That’s the much bigger problem with the tactic McClintock and many of his fellow Republicans have chosen. It undermines the integrity of all of society and its major institutions, as well as eroding notions everyone relies on, like open-mindedness and guiding principles.

If it is actually impossible for anyone to act in a principled fashion, to put feelings aside while objectively analyzing rules, to reach conclusions based on information rather than sentiment and preferences, then we can have no justice system, no government, and indeed very little else of value.

If lawyers couldn’t put aside their personal sentiments for principle, they would only defend likable criminals, prosecutors would only pursue cases they find pleasing, and judges wouldn’t write long, technical opinions about language interpretation because they could rule based on their gut feelings.

Indeed, the entire legal system relies on the idea that people can in fact be principled, that we are able to put an idea above our emotions. And there’s evidence that it’s not just wishful thinking. For example, despite all the talk of a Supreme Court dominated by conservatives appointed by Republican presidents, the justices last term actually proved very difficult to predict. Knowing their politics wasn’t enough to accurately guess how they’d rule.

So while it’s true that Americans are ideologically divided, this division isn’t necessarily fatal to the nation’s institutions if its people can remain guided by ideas. But if Republican politicians do manage to convince constituents that partisanship is the sole guiding principle at work in the republic, they’ll undermine the legitimacy of authority itself and in the process lose their raison d’être.

A version of this essay was originally published in the weekend edition of the Quartz Daily Brief newsletter. Sign up for it here.