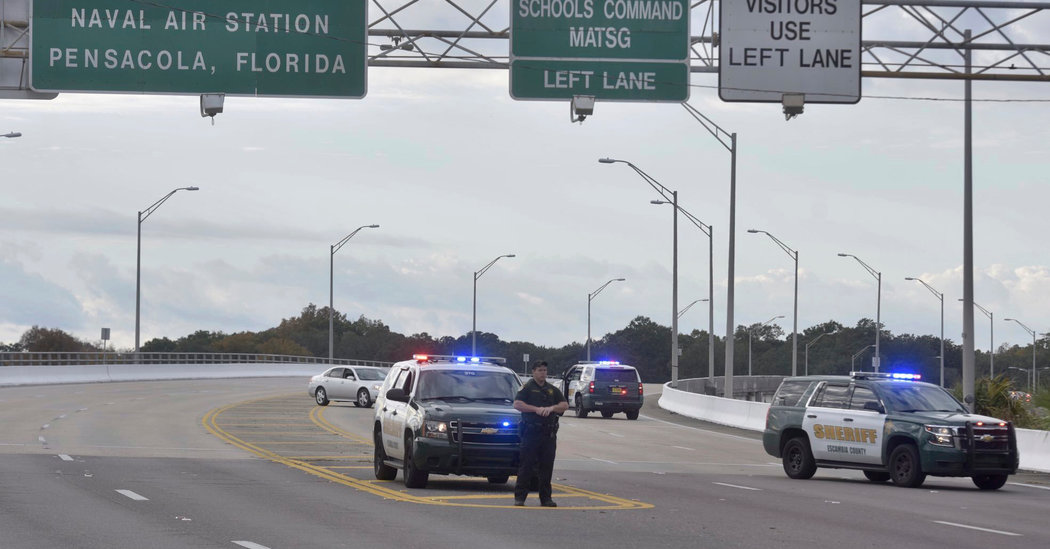 The kingdom is on the cusp of selling shares of its oil monopoly, Saudi Aramco, an initial public offering expected to be the world’s largest, and is preparing to assume the presidency of the G20, whose summit it is scheduled to host next year.

Early enthusiasm for Prince Mohammed and his promised reforms had already been tarnished after the kingdom’s disastrous military campaign in Yemen and the killing of a Saudi dissident writer, Jamal Khashoggi, by Saudi agents in Istanbul last year. But the kingdom appeared to be trying to move on.

Even if the authorities find no international terrorism connections to the Pensacola shooting, the attack could undermine how the kingdom is perceived abroad, and especially in the United States, where many remember the presence of several Saudi nationals among those who attacked the World Trade Center and the Pentagon on Sept. 11, 2001.

One wild card for the Saudis is Mr. Trump, who anointed Prince Mohammed a key player in his plans for the Middle East and stood by the prince when anger over Mr. Khashoggi’s death grew in other parts of the United States government. If the new killings, this time of Americans, tars the kingdom in Mr. Trump’s eyes, it could leave Saudi Arabia with few remaining friends in Washington.

“My guess is that it will not have much impact,” said F. Gregory Gause III, a Saudi expert at Texas A&M University’s Bush School of Government and Public Service.

“People already suspicious of the Saudis, including lots of members of Congress, will see it as further proof that there is something wrong with the country,” Mr. Gause said in an email. “Those more inclined to see the country as a useful if sometimes difficult partner in American foreign policy in the Middle East will see it as the random act of a deranged individual.”