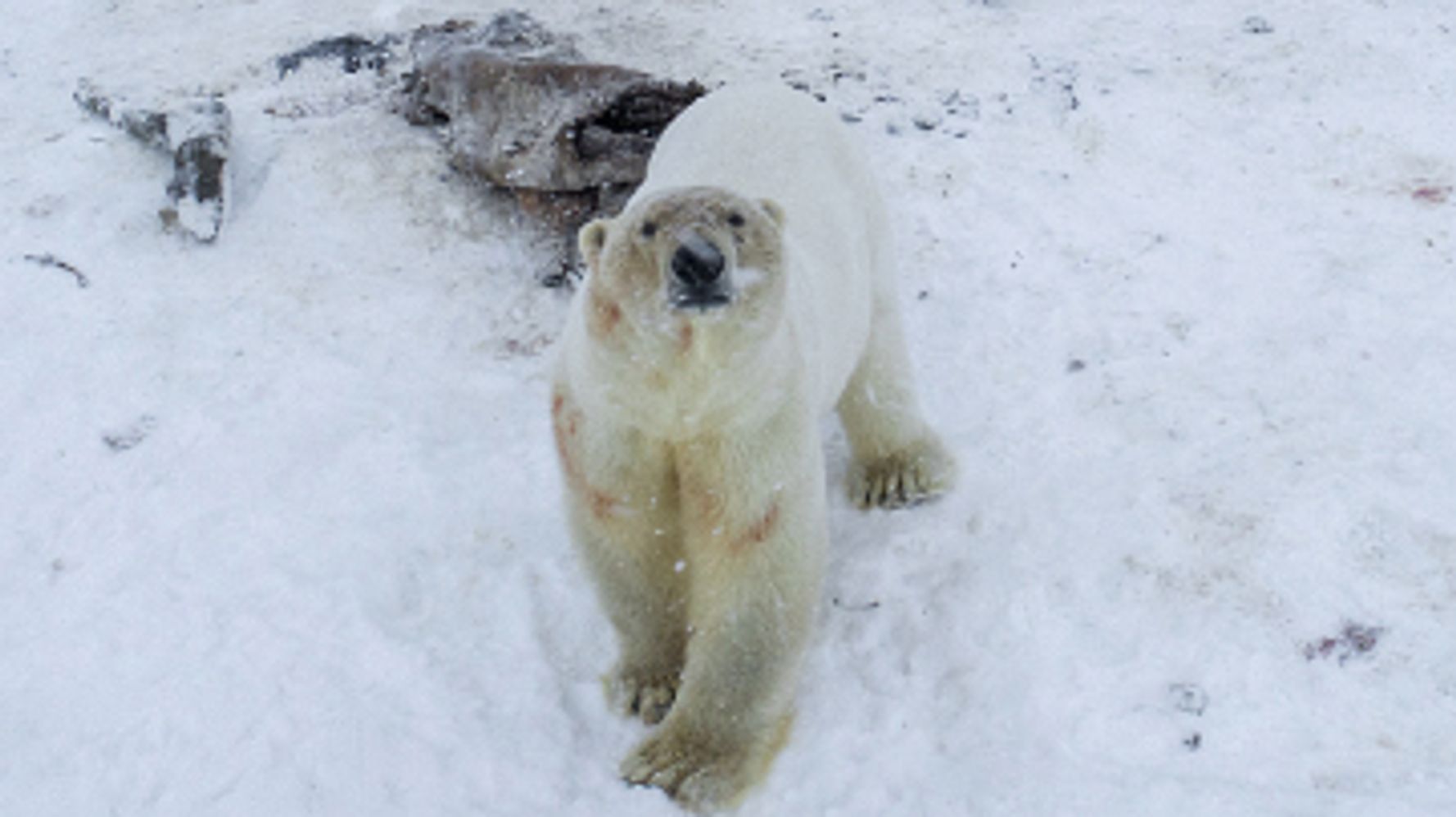 Conservation experts are warning that unwanted encounters between humans and hungry polar bears are rising as a warming climate and lack of sea ice force the bears to travel farther inland to find food.

On Thursday, a local “bear patrol” reported 56 polar bears gathered near the far northeast Russian village of Ryrkaypiy on the Chukchi Sea, according to a statement from World Wildlife Fund Russia. And later local reports cited by Mashable put the number at 61.

“Almost all the bears are thin,” Tatyana Minenko, head of the village’s bear patrol, said in the WWF Russia release. “There are both adult and young animals, including cubs of different ages with their moms.” The bears appear to be feeding on walrus carcasses.

Around five years ago, it would be rare to see more than three to five bears in a group near the village, biologist Anatoly Kochnev told Russian news agency TASS in November.

But a “massive gathering” like this one is more likely to occur as a warming climate leads to shrinking sea ice, according to WWF Russia. Polar bears use sea ice to hunt for prey, like seals, but they can’t do so when there’s too little ice.

“If there is enough ice, the bears would go further north to hunt the seals,” Mikhail Stishov of WWF Russia said in the statement.

But if the ice isn’t thick enough, the bears “will stay ashore” where they may “visit the village due to curiosity and hunger,” he said.

Stishov told CNN that “similar situations are becoming the norm,” cautioning that people “need to adapt to this so that neither people nor bears suffer.”

Geoff York, senior director of Polar Bears International, told Mashable that such large congregations of polar bears are “exactly what we expect in these low ice years.” The sea ice extent — the measurement of the ocean area where there is at least some sea ice — in the Chukchi Sea hit a record low in October. And according to the National Snow and Ice Data Center, the 13 lowest recorded September Arctic sea ice extents all occurred in the last 13 years.

Currently, volunteers are patrolling the area around the village to deter bears from entering, paying special attention to the area near a local nursery school. For the time being, public events are canceled and children are being bussed to school.