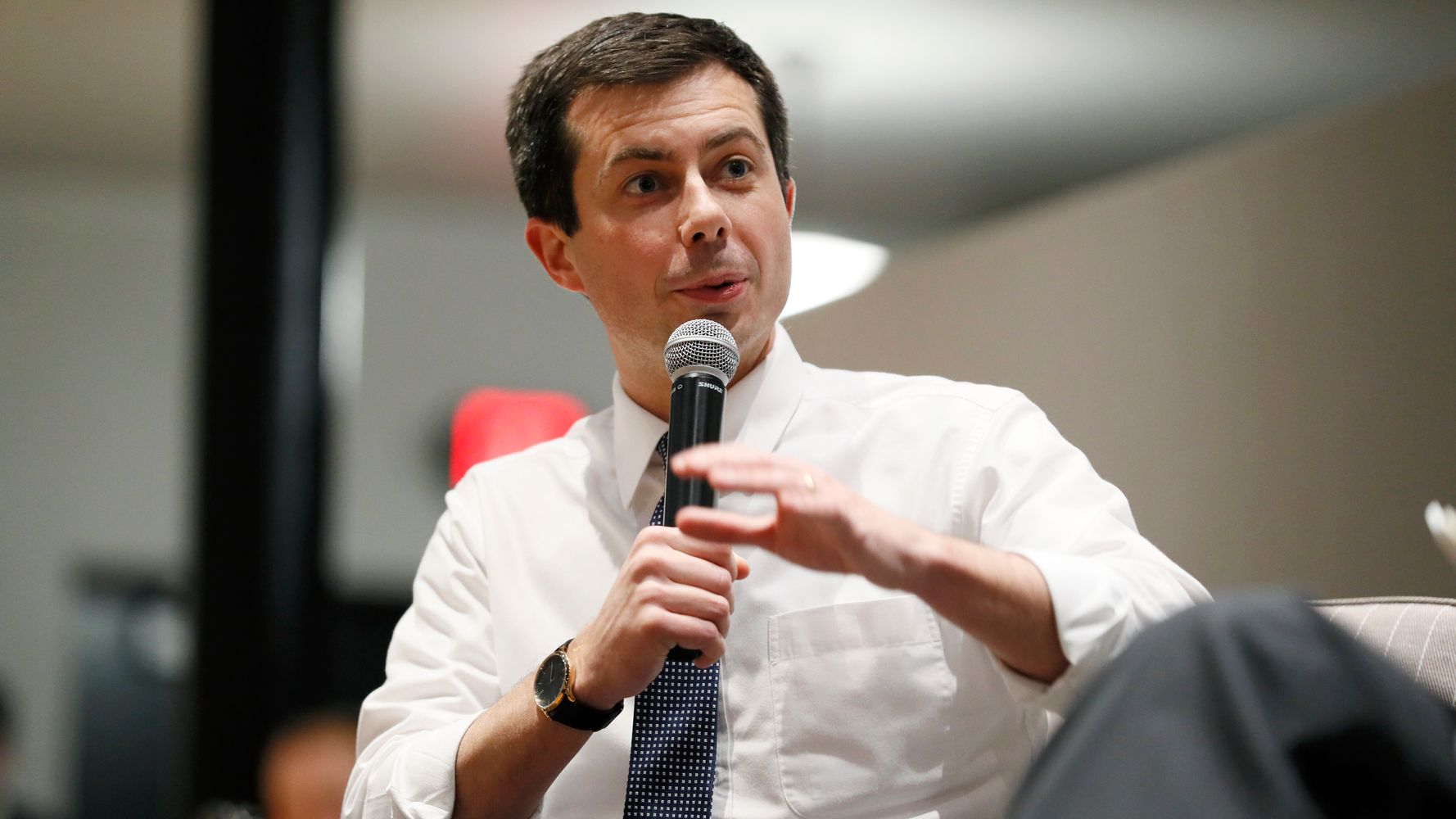 WATERLOO, Iowa ― Pete Buttigieg struggled to explain why he does not open up his high-dollar fundraisers to the media or why he no longer discloses the names of his campaign “bundlers” during a brief press conference Friday night.

Buttigieg, the mayor of South Bend, Indiana, clearly understands that there is some public benefit to knowing the names of high-dollar donors. After all, he began his campaign by publicly releasing the names of his “bundlers,” the super-donors who give and raise large amounts of money for a candidate. But he has not updated his public list of bundlers since April, according to the Center for Responsive Politics.

Following remarks at the Local America presidential candidate forum in Waterloo, HuffPost asked Buttigieg whether he would consider revealing the identities of his bundlers.

“I think we’re already moving out bundler information,” Buttigieg replied. He also noted that the identities of individual donors, rather than bundlers, are available through official Federal Election Commission data that the campaign files every quarter.

But Buttigieg was noncommittal about whether he would actually release the name of the bundlers, seeming to imply that it wasn’t in his control.

“I’ll ask the campaign to check on that,” he replied.

His campaign didn’t return a request for comment on the matter.

Of the four candidates with the highest standing in the polls in early primary and caucus states ― Buttigieg, former Vice President Joe Biden, Sens. Elizabeth Warren (D-Mass.) and Bernie Sanders (I-Vt.) ― only Buttigieg and Biden are seeking donations from wealthy individuals in traditional, high-dollar fundraisers. However, Biden, unlike Buttigieg, allows press access at his closed-door fundraisers.

Buttigieg said on Friday that he would “consider” opening his fundraisers to the news media. But a reporter noted that Buttigieg has been saying that for months.

“I don’t have a timeline for you,” the candidate responded.

When asked whether it was not ultimately his responsibility, rather than that of his campaign staff, to decide to grant reporters access to fundraisers, Buttigieg affirmed that it was his.

“There are a lot of considerations. And I’m thinking about it,” he added. Asked whether he could share those considerations, he said, “No.”

Before the conversation could continue, an aide abruptly ended the press conference, which had lasted less than five minutes.

Campaign staffers were similarly evasive when pressed on the matter of allowing reporters into fundraisers. Instead of saying whether reporters will be allowed in, Deputy Rapid Response Director Matt Corridoni responded by attacking Warren.

“Sen. Warren held closed door fundraisers for years, which allowed her to start this campaign with over $10 million raised by the same practices she now decries,” he said in an email to HuffPost. “Our donors are available on fundraising reports for anyone to review, and the only promise anyone at a fundraiser will get from Pete Buttigieg for a donation is that he’ll use that money to defeat Donald Trump. And that should be the goal of every Democrat. But if Elizabeth Warren wants to have a discussion about transparency, she should start by releasing her tax returns from before 2008 when she was a corporate lawyer, defending clients she would likely call bad actors today.”

The question, however, wasn’t about Warren. And regardless of her attacks, Buttigieg’s policy surrounding his fundraisers is the most secretive of any of the frontrunners.

As he rises in the polls, Buttigieg has been under increased scrutiny, and has faced criticism from Warren and Sanders. Warren, in particular, has challenged Buttigieg to disclose his bundlers and welcome press into his fundraisers.

“Those doors shouldn’t be closed, and no one should be left to wonder what kind of promises are being made to the people that then pony up big bucks to be in the room,” Warren said of the fundraisers on Thursday.

Allowing more public scrutiny of donors and fundraisers could create uncomfortable situations. There’s the question of whether candidates are saying something different behind closed doors than they are at more open events, and whether some donors are controversial individuals.

For his part, Buttigieg is calling on Warren to release more of her tax returns so the public can see the full scope of her earnings from consulting work during her career in academia. Warren’s campaign website contains a list of 56 legal cases on which she worked, including cases in which she represented corporate clients and groups representing asbestos victims.

Hours before speaking to reporters on Friday, Buttigieg provided what he described as a “summary” of the types of clients he served while working for the global consulting firm McKinsey & Co. between 2007 and 2010.

But, in keeping with a non-disclosure agreement he signed, Buttigieg continued to withhold the exact names of clients. He called upon the company to release him from the NDA so he can provide a fuller account of his activities with the company. Buttigieg’s decision to provide some information about his tenure with the renowned but controversial firm followed days of escalating pressure to be more transparent.

As part of the Local America forum, Buttigieg was interviewed by Chicago Mayor Lori Lightfoot in front of hundreds of Iowa Democrats. Lightfoot pressed the candidate on why he did not just violate the NDA and dare McKinsey to sue him over it.

“You should break the NDA,” she said.

“I’m going to give them the chance to do the right thing and we’ll take it from there,” he replied.

Asked in the press conference afterward how much time he would give McKinsey before seeking an alternative path, Buttigieg would not say.