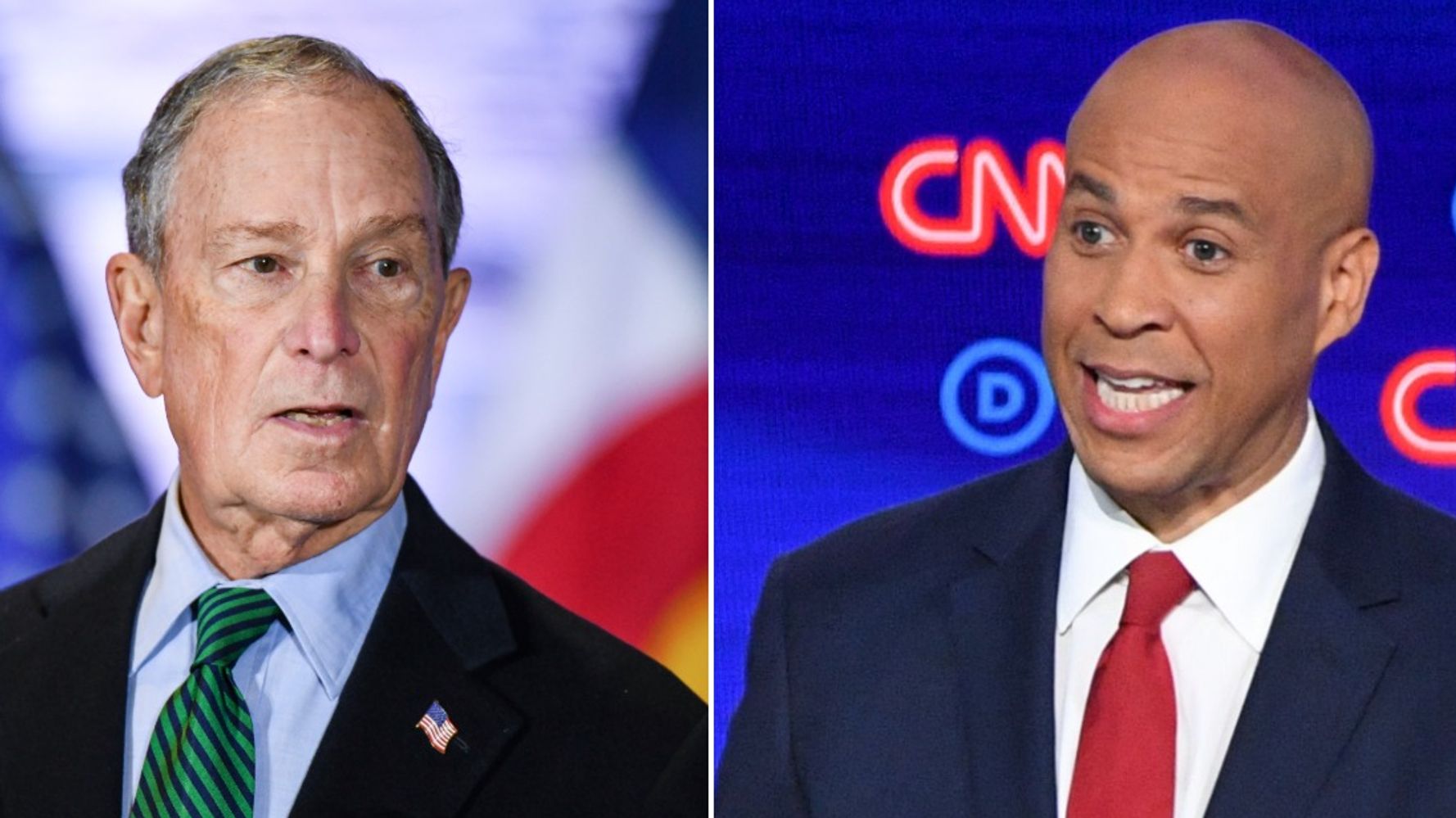 In the interview, King asked Bloomberg, the billionaire former New York mayor who recently entered the 2020 race, his thoughts about the lack of racial diversity among the current Democratic candidates, particularly those who have qualified for the next primary debate, for which the deadline is Dec. 12.

King quoted a tweet from the New Jersey senator this week that with Sen. Kamala Harris (D-Calif.) out of the presidential race, there could be a “debate stage without a single person of color.”

On Wednesday, Booker, who has yet to qualify for the debate, told BuzzFeed’s “AM to DM” that “we’ve gotten to a point now where there’s more billionaires in the 2020 race than there are Black people.”

“Cory Booker endorsed me a number of times and I endorsed Cory Booker a number of times,” Bloomberg said on “CBS This Morning” in response to Booker’s comment. “He’s very well-spoken, he’s got some good ideas. It would be better the more diverse any group is, but the public is out there picking and choosing and narrowing down this field.”

He added, “The truth of the matter is, you had a lot of diversity in the candidates, some of whom were very competent. Why they aren’t there as you narrow it down? You have to talk to other people who are experts. I don’t know.”

Former NYC Mayor @MikeBloomberg on the diversity of the current Democratic field of 2020 candidates. “I think it would be better the more diverse any group is. But the public is out there picking and choosing and narrowing down this field.” https://t.co/5nmps6zxCa pic.twitter.com/ZiBFoGn8Oh

People on social media slammed Bloomberg for his comments, pointing to a long history of white people commenting on Black people’s “articulate” speech as a purported attempt to be complimentary ― and with the inherent implication that Black people aren’t normally “well-spoken.”

Former Vice President Joe Biden, also a Democratic presidential candidate, faced similar backlash for comments he made about former President Barack Obama during their bids for the 2008 presidential election.

Biden apologized in 2007 for referring to the then-senator as the “first mainstream African-American who is articulate and bright and clean and a nice-looking guy.”

“I deeply regret any offense my remark in the New York Observer might have caused anyone,” he said in a statement at the time. “That was not my intent and I expressed that to Senator Obama.”

Booker, a former mayor of Newark, New Jersey, who was a Rhodes Scholar with degrees from Stanford, Oxford and Yale Law School, said he was “taken aback” by Bloomberg’s remarks on Friday.

“It’s sort of stunning at times that we are still revisiting these tired tropes or the language we have out there that folks I don’t think understand — and the fact that they don’t understand is problematic,” he said on Sirius XM’s radio show “Signal Boost,” according to The New York Times.

Bloomberg’s campaign did not immediately return a request for comment.

The media mogul told CBS on Friday that he “probably shouldn’t have used the word, but I could just tell you he is a friend of mine.”

“He is a Rhodes Scholar, which is much more impressive than my academic background. I envy him,” he added.

Elsewhere in his interview with King, Bloomberg falsely asserted that prior to running for president, no one ever asked him about his stop-and-frisk policing program that disproportionately targeted Black and Latino residents in New York City.

Bloomberg apologized for the program ahead of announcing his presidential bid.

People on Twitter sounded off on Bloomberg’s “well-spoken” remark on Friday:

Senator Cory Booker is A SENATOR.

Cory Booker is “well spoken” (!) Bloomberg says. Ask yourself how many times you hear a POC say the same of a white person https://t.co/8St6Hp4o6n

“Cory Booker is well spoken.” Jesus. We still doing that? He and Biden are like throwback candidates. https://t.co/ppuTvBEDMU