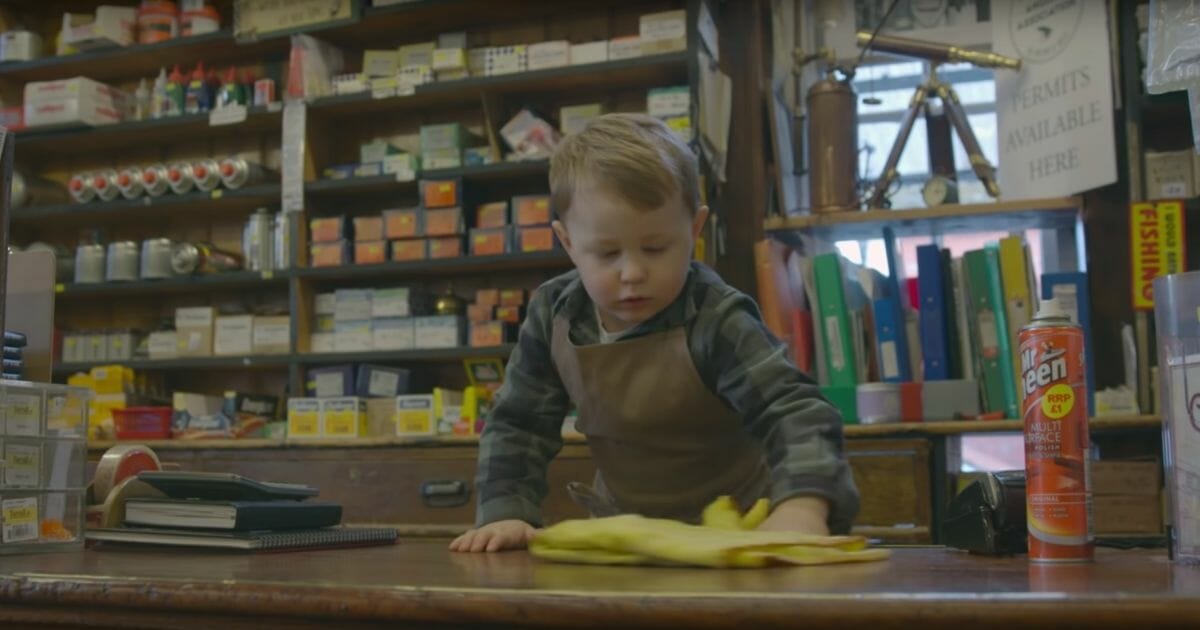 A Christmas advertisement for a hardware store in Wales has perfectly captured the spirit of shopping at local businesses during the holiday season and has quickly gone viral.

This was the third year the family produced a Christmas ad — all of which feature Jones’ young son Arthur.

“This year we wanted to just do something that was quite simple to film that had a nice message and story,” Jones told The Scotsman.

TRENDING: City Announces 3% Tax for Reparations, Regardless of Slave Ancestry

At the end, Arthur transforms into his father with the message, “Be a kid this Christmas.”

The ad was posted on YouTube on Dec. 1 and within four days had garnered over 800,000 views.

Jones said he and his family have been “overwhelmed” by the positive reactions not only from locals but from the online community as well.

“People have been coming in this morning saying congratulations … they’ve been bringing in bottles of champagne for us to say well done,” he said.

“The locals are incredible, they’re our bread and butter, we’re very lucky to have the community we have here in Rhayader.”

But they have also been receiving kind messages from all over.

“It has been crazy,” Jones continued. “We’ve been overwhelmed with nice emails and messages from all over the world.”

While the adorable ad has received a lot of attention online, it only cost about $130.

Jones said they only had to pay the sound engineer to record the singer for background music. It was truly a community effort.

“Everyone you see in the video is my family,” Jones explained, “there’s four generations featured in the video and it was made with the help of my best friend Josh Holdaway, who is a filmmaker.”

Even though the budget was small, the Christmas ad portrayed a heartwarming message that is resonating with hundreds of thousands across the globe.

“The underlying message is that small independent businesses can offer you just as much as your large high street chains.

“Try and shop locally over Christmas if you can.”