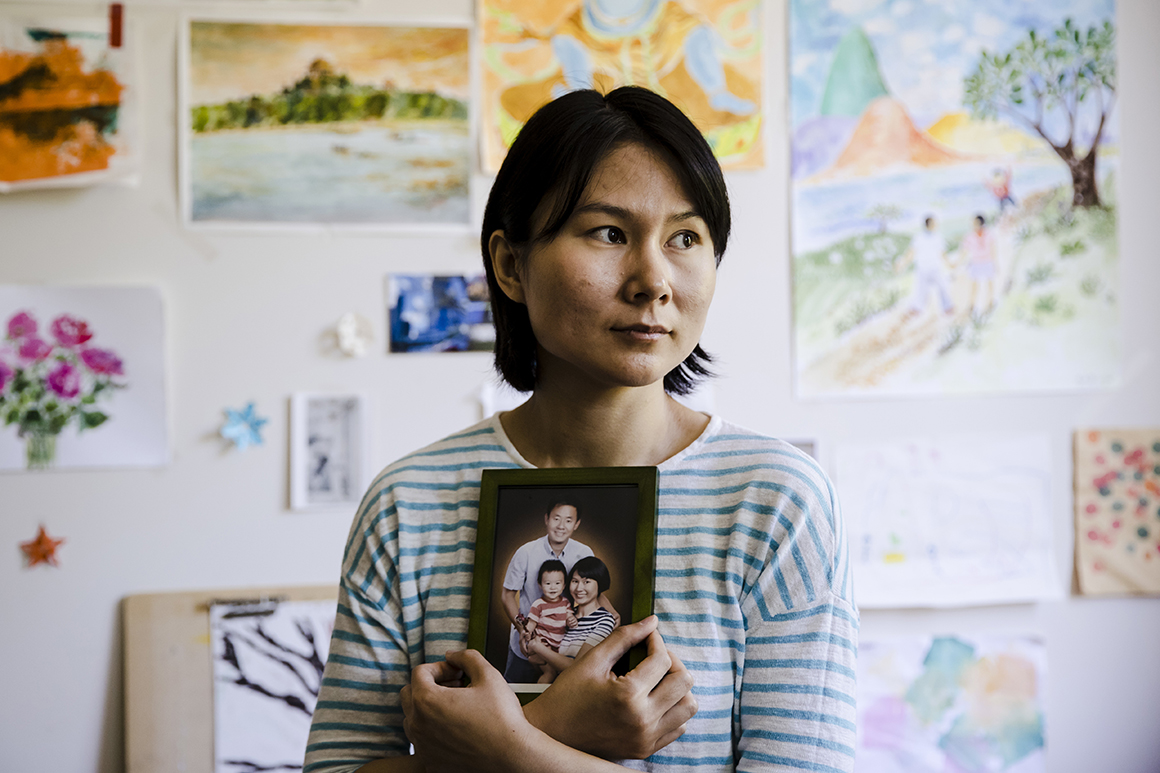 “The highest priority of the United States is the safety and well-being of its citizens,” Trump said in a statement. “Freeing Americans held captive is of vital importance to my administration, and we will continue to work hard to bring home all our citizens wrongfully held captive overseas.”

Iran’s Foreign Minister Javad Zarif, meanwhile, tweeted out a picture of himself and Soleimani in a plane, with the phrase “going home.” He also confirmed Wang’s release in another tweet.

The prisoner exchange was facilitated by Switzerland. Brian Hook, the U.S. special envoy to Iran, flew to Switzerland to meet Wang, according to a senior Trump administration official. He took with him Soleimani, the official said.

The senior administration official said the U.S. felt comfortable releasing Soleimani because he was expected to be freed from prison soon as part of a plea deal anyway. Asked if the Iranians were offered any other kind of incentive, including money, to free Wang, the official said no.

“No sanctions relief, no palettes of cash, no change in policy,” the senior official said.

The “palettes of cash” reference was a nod to Republican criticisms of a prisoner exchange with Islamist-led Iran that occurred under President Barack Obama. That exchange in January 2016 freed several Americans, including Jason Rezaian, a journalist working for The Washington Post. Their release coincided with the formal implementation of the Iran nuclear deal.

The Obama team had negotiated a separate $1.7 billion settlement of a decades-old arbitration case with Iran around the same time. The first installment of that settlement was sent to Iran as the prisoners were released. It was in cash due to U.S. sanctions that limited Iran’s ability to access the international financial system.

Republicans said it effectively amounted to a ransom payment to a regime that would use the money for nefarious purposes.

Both Trump and Secretary of State Mike Pompeo thanked the Swiss government for its assistance in freeing Wang, though neither mentioned in his statements that Soleimani had been freed or that a prisoner swap was involved. The Swiss often act as intermediary for the U.S. with Iran because Washington and Tehran technically have no diplomatic ties.

Wang had been detained since August 2016. His wife, Hua Qu, has said he was in dire mental straits, and that his young son was growing up without him.

“Our family is complete once again,” his wife said in a statement. “Our son Shaofan and I have waited three long years for this day and it’s hard to express in words how excited we are to be reunited with Xiyue. We are thankful to everyone who helped make this happen.“

The senior administration official said Wang, along with Hook, would first stop by Ramstein Air Base, a U.S. facility in Germany, where he will get a medical exam, before coming back to the United States.

Wang had been sentenced to 10 years in prison. According to Princeton, Wang had been in “Iran solely for the purpose of studying Farsi and doing scholarly research in connection with his Ph.D. dissertation.“

“In Iran, he was interested in studying decades-old archival materials that pertained to the administrative and cultural history of the Qajar dynasty, which ruled from 1785-1925,“ the university says on its website. It adds that Wang was born in China but has been a naturalized U.S. citizen since 2009.

Both Iran and the U.S. appeared intent on keeping a lid on tensions at least as the exchange is happening. Trump and Pompeo avoided their often harsh words about Iran, which they see as a menace much of the region.

The U.S. is “pleased that Tehran has been constructive in this matter. We continue to call for the release of all U.S. citizens unjustly detained in Iran,” Pompeo said.

Zarif, too, kept his initial comments in check. The Islamist-led Iranian government is facing heavy U.S. sanctions that have damaged its economy, and it recently reacted violently to suppress popular protests.

Trump has ramped up the U.S. sanctions on Iran since abandoning the nuclear deal negotiated under Obama. That agreement, which also involved China, Russia, Germany, France and Britain, is on life-support. It originally removed a slew of U.S. sanctions on Iran in exchange for curbs on the country’s nuclear program.

Several other Americans remain imprisoned in Iran on what their supporters insist are baseless charges. They include Siamak Namazi, an Iranian-American businessman, and Michael White, a U.S. Navy veteran.

In recent weeks, there have been rumors that some progress would be made on the prisoner situation, possibly involving an exchange. But hopes were dimmed as the Iranian government violently cracked down on the recent protests and the U.S., in response, threatened more sanctions.

Still, U.S. officials have generally tried to avoid linking prisoner or hostage issues with other political conflicts, and at times they or their intermediaries have had luck in securing the release of Americans believed unjustly detained even as relations nosedive on other fronts.

Iran has detained not only Americans, but also people of British and other nationalities for years on what critics say are ridiculous charges. But Iran also insists that its citizens are held beyond its border on often unfair claims as well. Some families and lawyers involved in the prisoner cases have sought a large, multi-national exchange of detainees as one way to help solve the problem.