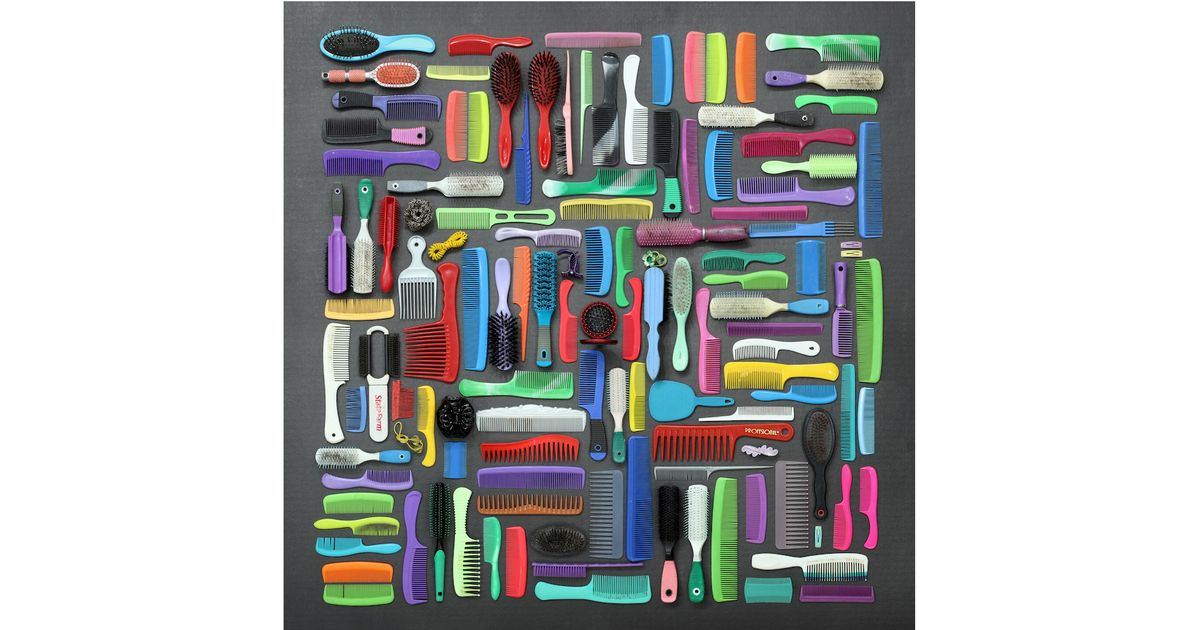 A hairbrush is just a hairbrush, except when it represents the person to whom it once belonged.

That realization is the impact of a new collection of photographs now being shown at the Skirball Cultural Center museum in Los Angeles. And while it’s rare to mention Border Patrol in 2019 without also referencing Donald Trump’s regressive immigration policies, this show covers a stretch of time that actually predates the current president’s time in office.

The photos depict everyday objects — toothbrushes, medication, love notes — that U.S. Border Patrol confiscated from migrants and asylum seekers as they attempted to cross into the U.S. from Mexico. They were all photographed by a former janitor who rescued them from the trash.

Between 2003 and 2014, former graphic designer Tom Kiefer worked as a part-time janitor at a U.S. Border Patrol facility in Ajo, Arizona. He realized that the organization was throwing away the belongings of people processed through the facility that the agency deemed “potentially lethal” or “non-essential.” That included over-the-counter medication, CDs, clothing, food, and even bibles and rosaries.

At first, Kiefer started saving the belongings without a clear idea of what he was going to do with them. His original idea was to donate the canned food to local food banks, a practice Border Patrol had done when Kiefer first started, but stopped when it came under new management. Kiefer estimates that he has amassed more than 100,000 objects.

According to an interview with the L.A. Times, a discarded bunch of toothbrushes first gave Kiefer the idea to use the objects as a way to document the experiences of immigrants and their treatment by the U.S. government.

“When I came upon these items in garbage bags, I wondered: Whose things are these? Who discarded them and why, and what do we as Americans make of all this?” Kiefer said in a Skirball Center press release. “My intent with the project is to explore the humanity of the migrants who risk their lives crossing through the desert and to create a way for the viewer to connect personally with the women, men, and children who make that journey and their hopes for the future.”

Now, there are more than 100 photographs on view in a new exhibit. Kiefer places single or collections of objects onto colored backgrounds. The high-contrast photos would almost seem like pop-art, if they didn’t represent a larger political and very human story.

Take one of the most overtly personal objects collected and photographed: a love note. The note, depicted in the photograph “Diary,” reads in Spanish: “Blanca I want you to know that I have loved you since I met you.”

Other everyday objects are just as emotionally affecting. “Cynthia’s CD Collection” makes one picture how a girl must have felt when her curated collection of music was wrested from her. The water bottles, shoe laces, and candy bars make one wonder about the journeys of the objects’ owners through the Central American desert to Ajo, Arizona. A single baby shoe prompts the question: how old is the child that this shoe used to belong to?

While some organizations say it is difficult to know the true number of migrants coming from Central America to the United States, statistics from Border Patrol indicate that the amount of families and children seeking asylum in the U.S. has skyrocketed to the hundreds of thousands. It’s largely thanks to a zero-tolerance policy from the Trump administration that has resulted in child detention centers and family separation. Though Kiefer took the photographs before the Trump administration came to power, the images are more salient than ever.

The exhibit, called El Sueño Americano | The American Dream: Photographs by Tom Kiefer, is on show now at the Skirball Cultural Center in Los Angeles, through March 2020.