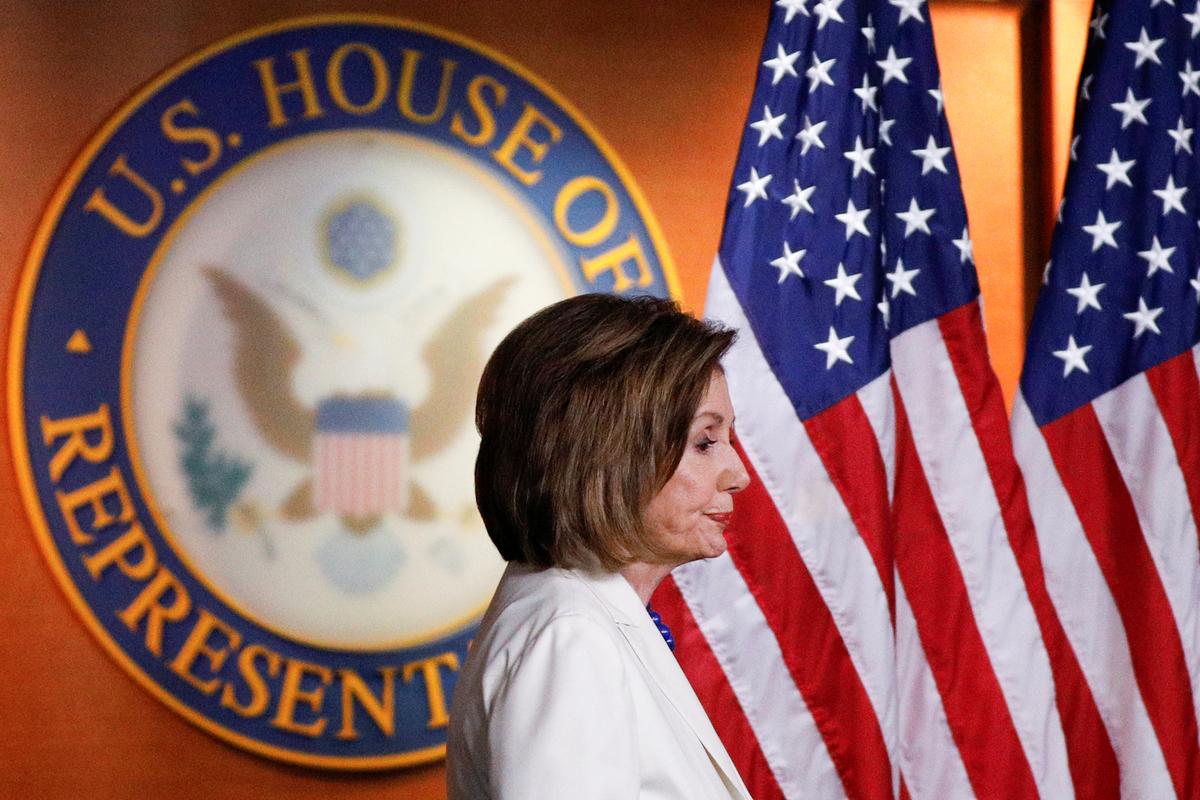 WASHINGTON (Reuters) – Democrats in the U.S. House of Representatives will focus on Friday on the serious business of deciding what charges to bring against President Donald Trump, after Speaker Nancy Pelosi ordered the Judiciary Committee to draft formal articles of impeachment.

The committee could draft and recommend the articles by Dec. 12, after more than two months investigating, interviewing witnesses and holding hearings into whether the Republican president abused the power of his office.

Saying democracy is at stake, Pelosi said in a dramatic televised announcement on Wednesday that she had directed Jerrold Nadler, the Judiciary panel’s chairman, to draw up the formal charges, which later would be voted on by the full House.

At the heart of the Democratic-led House impeachment inquiry that Pelosi opened in September is Trump’s request that Ukraine launch an investigation targeting Joe Biden. The former vice president is a top contender for the Democratic nomination to face Trump in the November 2020 presidential election.

Trump denies wrongdoing and has not cooperated with the investigation, which he calls a hoax. He could face an impeachment charge of obstruction of Congress in addition to one alleging abuse of power. Some lawmakers and legal experts have also speculated that he could face charges of bribery or obstruction of justice.

After refusing all requests to date to hand over documents and ordering administration officials to refuse requests to testify, Trump faces another deadline on Friday.

Nadler has given the president until 5 p.m. (2200 GMT) on Friday to say whether he or his legal counsel will participate in any upcoming Judiciary proceedings by calling witnesses, introducing evidence and making a presentation.

“We’re still waiting until 5 o’clock tomorrow to hear from the president, whether he wants to present to the committee, and if he wants to, it will be done – I presume – next week. That’s all I’m going to say,” Nadler told reporters on Thursday as he left a meeting with Pelosi.

He also declined on Thursday to provide specifics about the process of settling on articles of impeachment, saying only he thought the panel was “getting there.”

Committee Republicans have been given the same deadline to request witnesses, including any they might want to subpoena.

So far, the Judiciary Committee has held just one hearing, after two weeks of public House Intelligence Committee hearings.

Nadler has scheduled another hearing for Monday, at which legal counsel to the House Judiciary and Intelligence committees will discuss the impeachment investigation.

The probe is focusing on a July 25 telephone call in which Trump asked Ukrainian President Volodymyr Zelenskiy to open an investigation into Biden and his son Hunter and into a discredited theory promoted by Trump and his allies that Ukraine, not Russia, meddled in the 2016 U.S. election.

Hunter Biden joined the board of Ukrainian energy company Burisma while his father was vice president. Trump has accused the Bidens of corruption. They have denied wrongdoing and the allegations have not been substantiated.

Democrats accuse Trump of abusing his power by withholding $391 million in security aid to Ukraine – a vulnerable U.S. ally facing Russian aggression – as leverage to pressure Kiev into investigating the Bidens, and promising Zelenskiy a coveted White House meeting.

Republicans accuse Democrats of conducting a witch hunt and trying to overturn Trump’s surprise 2016 election victory. They say Trump’s actions aimed at weeding out corruption in Ukraine, not getting political dirt on Biden.

If the House passes the articles of impeachment as expected, the Senate would hold a trial on whether to convict Trump and remove him from office. Republicans control the Senate and have shown little support for his removal.

No U.S. president has ever been removed from office through impeachment. Republican Richard Nixon resigned in 1974 after the House began the process in the Watergate corruption scandal.