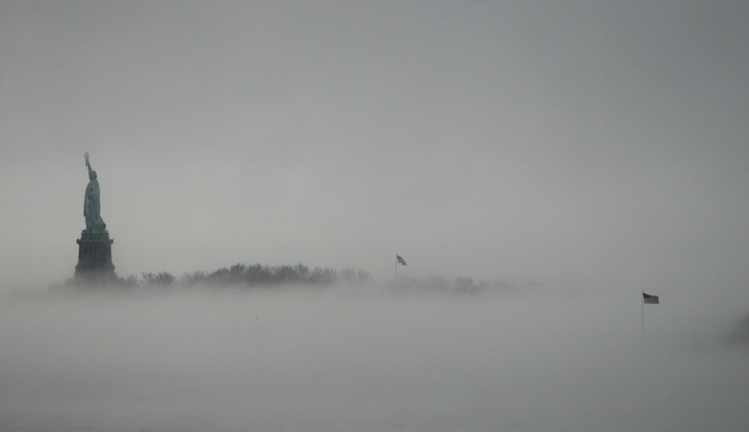 As the decade draws to a close, you will be barraged with reports summarizing the meanings, themes, issues, people, and events that have made the last 10 years both tragic and exhilarating. Yes, it has been a wild ride, but “you ain’t seen nothing yet.” In the 2020s, the trajectory of two trends that were pivotal in this decade — shifting demographics and media polarization — will continue to shape, divide and challenge America in ways our founders could never have imagined.

The acceleration of both trends and the link between them creates a toxic stew that society at large is ill-equipped to confront and resolve. However, the failure to do so could eventually lead to large-scale civil unrest.

Over the years, having written about demographic changes impacting the electorate from a Republican perspective, I read Yoni Appelbaum’s piece in the Atlantic, “How America Ends – A tectonic demographic shift is underway. Can the country hold together?”

Here is a summarizing quote:

“The United States is undergoing a transition perhaps no rich and stable democracy has ever experienced: Its historically dominant group is on its way to becoming a political minority.”

Although white Christians are this historically dominant group, the fact is that after 2½ decades white Americans of any faith will no longer constitute the majority of the nation’s population.

The 2020s mark the beginning of this 25-year countdown to an inevitable, historic change that our elected leaders are loath to discuss. Is that because any commentary is perceived as being politically incorrect and fraught with “racism”?

Then there is a refrain commonly heard among older white Americans who say, “I don’t recognize my country anymore” or “I feel like a stranger in my own country.”

Appelbaum writes that “[t]wo-thirds of Trump voters agreed that ‘the 2016 election represented the last chance to stop America’s decline.’”

Let’s not kid ourselves: The “decline” is also perceived as a moral and cultural one directly traced to the shrinking of the white Christian majority that founded —  and, up until the late 20th century,  generally lorded over — the nation’s direction and resources, guided by Judeo-Christian principles.

In concert with the perceived decline is the growing issue of income inequality, a national plague on tap to worsen during the next decade with potential dire consequences. This gap between rich and poor can be also be traced, in part, to the “tectonic demographic shift,” given that the vast majority of U.S. wealth is still held by those with white skin. (A politically incorrect fact.)

Thus, Appelbaum’s question — “Can the county hold together?” — is not easily answered. Even worse, the underlying inevitable trend is ignored and swept under the proverbial rug.

Perhaps what this complicated demographic issue needs is a public airing. An innovative effort launched in the new decade with a concerted campaign to prepare the nation for a recasting of its traditional white “American identity.” A re-birthing and re-defining of what it means to be an American in a new America, an effort led by whites and non-whites.

However, the broader demographic issues at hand are more complex than just a shrinking white population, now only 60.4% of the population, according to U.S. Census data. For the record, the Hispanic population currently stands at 18.3%, with African Americans at 13.4% — a percentage that has remained steady for the past two decades. Lastly, Asians comprise 5.9%.

According to a study by the Brookings Institution, also based on census data, this is the future:

“The new statistics project that the nation will become “minority white” in 2045. During that year, whites will comprise 49.7 percent of the population in contrast to 24.6 percent for Hispanics, 13.1 percent for blacks, 7.9 percent for Asians, and 3.8 percent for multiracial populations.”

Is the key to a successful multiracial American future less about “competition” just between white and non-whites and more about whether the non-white majority can also peacefully co-exist and economically compete against each other without racial animus? Only time will tell.

Now let’s turn to media polarization, another divisive trend that will shape the new decade and how it is linked to what you have just read.

While attending a wedding, I happened to strike up a conversation with a medical professional. Our talk eventually turned to politics, and that’s when she said, “I don’t know what to believe anymore.” It was a gut punch to our national well-being.

Then to further confuse matters, there is the relatively bold new concept of “alternative facts.” Wiki’s definition is as follows:

“ ‘Alternative facts’ was a phrase used by U.S. Counselor to the President Kellyanne Conway during a Meet the Press interview on January 22, 2017, in which she defended White House Press Secretary Sean Spicer’s false statement about the attendance numbers of Donald Trump’s inauguration as President of the United States.”

The combination of “alternative facts” and not knowing what to believe begs the question: How does a nation that depends and thrives on the free flow of accurate information survive when “news” is suspect and self-selected by one’s party or political beliefs?  What happens when “we the people” can’t even agree on the “facts”? What happened to the old adage “You are entitled to your own opinion but not your own facts”?

The answer is a tangled political thicket now playing out in real-time as the impeachment of President Trump is perceived either as a “hoax” and “witch hunt” or as a corrective to abuse of power for personal political gain, with the roaring lions on both sides convinced they are right.

Are the Bidens corrupt? Did Ukraine interfere with the 2016 election? Your answers will depend on the channels you click or the news apps you receive.

During this past decade, media polarization became firmly entrenched and is now flourishing, with the new decade bound to bring even more opportunities for division and chaos.

Surely foreign nations will find creative ways to manipulate divided U.S. public opinion while elected leaders spew party-line “facts.” Subsequently, Americans will have a tougher time deciphering truth from fiction. The freedom to follow media outlets that allow us to hear or read the news through a filter compatible with one’s worldview not only solidifies polarization but makes it nearly impossible for leaders in Washington to achieve a national consensus on any issue to solve problems.

The link between shifting demographics and media polarization has created the “Balkanization” of media where white, brown, and black Americans turn to disparate news outlets that cater to their beliefs. In the case of white evangelical voters, conservative media exerts the strongest influence on this powerful, but demographically shrinking, group so loyal to the president.

Finally, media Balkanization is a dangerous state of affairs for a democracy that is undergoing a historical, permanent population change.

Thus, the challenge of this new decade is whether Americans can forge a cohesive national identity from a severely polarized population before the answer to “Can the country hold together?” is a painful, resounding “no.”

Myra Adams is a media producer and writer who served on the McCain Ad Council during the GOP nominee’s 2008 campaign and on the 2004 Bush campaign creative team.