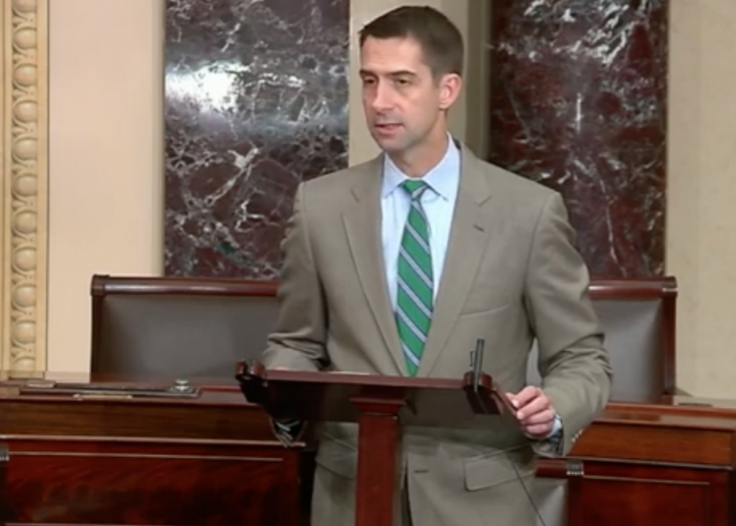 “The legislation I propose is designed to make American hostages not a precious source of leverage against our country but rather the surest way to one’s own destruction,” Cotton said during a conversation with the Hudson Institute.

Cotton said the sanctions will restrict foreign persons and their families from coming to the United States and taking advantage of the education system and other opportunities if their native lands take Americans hostage. The sanctions would deter countries such as Iran from unjustly detaining U.S. citizens.

The bill states that the United States will use “extradition to try and convict the individuals who have participated in, or are responsible for ordering, controlling, or otherwise directing, the hostage-taking or detention.” Cotton said lawmakers need to take action to protect Americans visiting foreign nations.

“It would make the world safer for America’s travelers,” Cotton said. “From businessmen seeking markets overseas to missionaries spreading the light of the gospel on foreign lands to newcomers visiting their family in the old world.”

Cotton said there have been some misconceptions surrounding American hostages, and he argued the Iranian regime lies about its willingness to use prisoner releases as bargaining chips.

“They are not willing to sit down and negotiate,” Cotton said. “They view those Americans they are holding hostage as a valuable source of leverage against the United States, and they are simply spreading propaganda, which, unfortunately, too much of the Western media often accepts on face value.”

The bill has been referred to the Senate Foreign Relations Committee.