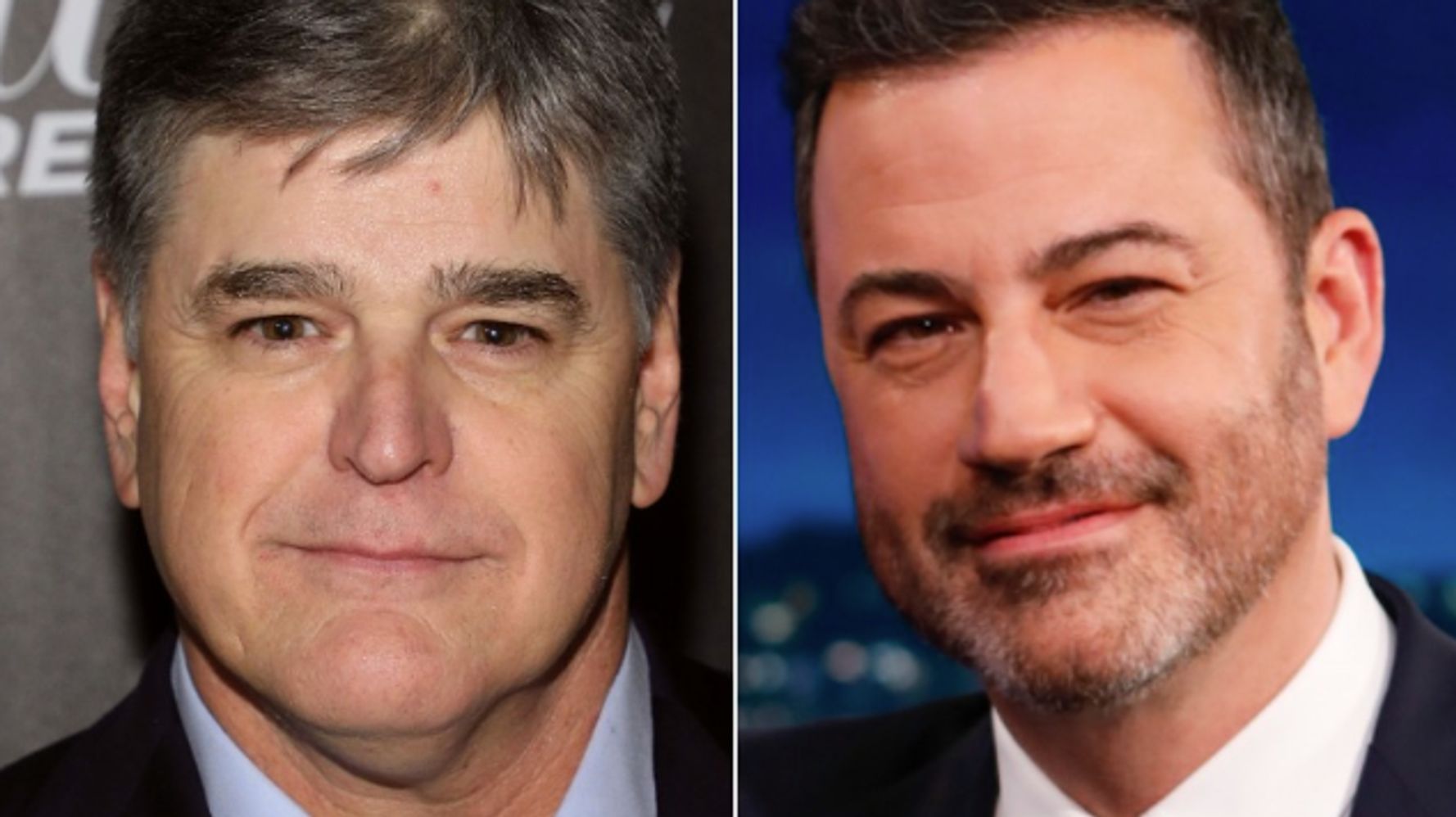 Fox News’ Hannity on Thursday dared late-night host Kimmel to renew their war of words from April 2018 when they spent several days trading insults on social media and TV.

The original feud kicked off after Hannity expressed his outrage at a joke Kimmel told about first lady Melania Trump’s accent.

On Thursday, Hannity appeared to suggest that FLOTUS’ condemnation of a witness who mentioned her 13-year-old son Barron during an impeachment hearing into her husband President Donald Trump could provide comic fodder for Kimmel.

So, Hannity delivered this off-the-rails warning during an interview with White House press secretary Stephanie Grisham:

We had a big fight that I won and I dare him to start it up again. Jimmy, start it, one more time. I have a lot to bring out. I was just ready on the verge of unloading it all.

Hannity concluded the interview by doubling down on his challenge:

My offer stands, Jimmy Kimmel. I dare you, start up again. I will unload like you’ve never seen. I’ve got it all racked up and ready to go.

Check out Hannity’s challenge at the end of the video here:

Kimmel has not responded to the apparently unprovoked attack.

Kimmel, meanwhile, responded in not-so-kind and at one point dubbed Hannity “the whole ass circus.” He later called the argument off, saying “the level of vitriol from all sides (mine and me included) does nothing good for anyone and, in fact, is harmful to our country.”

“I realized somewhere along the line I wasn’t going to win anybody over in that argument,” Kimmel reflected in an interview with The Daily Beast in August 2018. “His supporters are on his side, mine are on my side and that’s kind of that.”