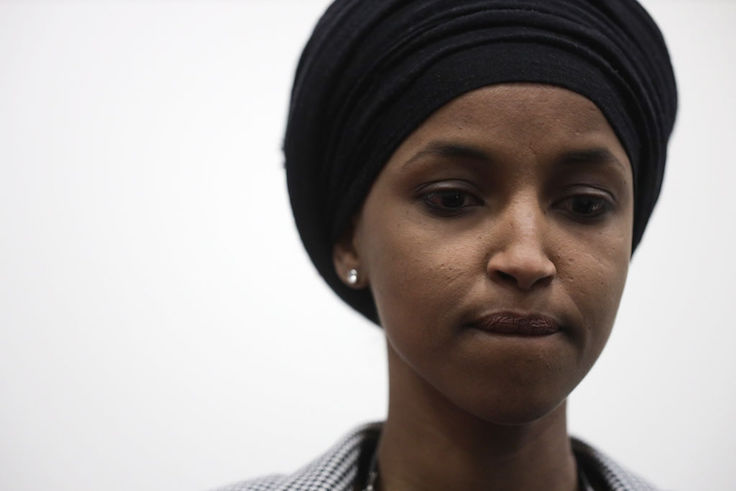 Ilhan Omar became an instant celebrity when she defeated a longtime Democratic incumbent in a tough primary fight in 2016—and it wasn’t long until news broke that the young congresswoman and frequent presidential sparring partner had inked a lucrative book deal after her election to Congress.

But the Minnesota lawmaker and her publisher, Dey Street Books, have refused multiple requests for comment about when, exactly, Omar signed that book deal, making it impossible to determine whether she is complying with ethics rules that prohibit House members from receiving book advances.

Some new lawmakers who, like Omar, garner national attention on the campaign trail and draw the attention of book publishers, work around the rule by signing book contracts after they are elected—but before they are officially sworn into office. Doing so allows them to accept advances that frequently run well into the six-figure range—Omar’s book deal was reportedly worth between $100,000 and $250,000, according to Forbes —while still complying with House ethics rules.

Omar’s colleague, Rep. Dan Crenshaw (R., Texas), for example, received a $250,000 advance to pen a book about “outrage culture” before his swearing in last January. The hefty sum appears on his 2018 financial disclosure report, a filing required from all members of Congress detailing the sources and value of the incomes of House members.

Omar’s 2018 filing, which covers the calendar year, does not list a book advance. It is possible that she signed a contract with Dey Street, an imprint of Harper Collins, between Jan. 1 and Jan. 3, 2019, before her swearing in on the 3rd. If so, any advance would not have been listed on her 2018 financial disclosure and would have allowed her to comply with House ethics rules. But any contract signed outside of that two-and-half-day period—and that includes a book advance—either should have been listed on her 2018 disclosure or was signed in violation of House ethics rules.

“It’s very clear, a member cannot receive an advance payment on copyright royalties,” said Brendan Fischer, the director of the Federal Reform Program at the Campaign Legal Center. Omar is writing her book with the assistance of a research and writing collaborator and, according to Fischer, House rules prohibit that collaborator to receive an advance.

The forthcoming book, This is What America Looks Like, is scheduled for publication in April 2020, according to the publisher. The memoir is expected to chronicle her childhood in war-torn Somalia and her journey to the United States. Dey Street’s executive editor Alessandra Bastagli told Forbes that the book will also counter “everything we keep hearing from the current administration and the right-wing media about refugees, immigrants, Muslims, and women.”

Omar is currently the subject of an ethics complaint filed by a conservative group, the National Legal and Policy Center, focusing on tens of thousands of dollars in payments from her campaign to the consulting firm owned by her alleged boyfriend for travel expenses that were not itemized, as campaign finance law requires.

The complaint comes after Omar was forced to reimburse her campaign committee nearly $3,500 after a campaign finance investigation revealed she had used campaign funds to pay for personal travel and for help correcting tax returns filed improperly.

CORRECTION: This piece has been updated to reflect the correct year that Ilhan Omar defeated a longtime Democratic incumbent. It was in 2016, not 2018, as originally stated.