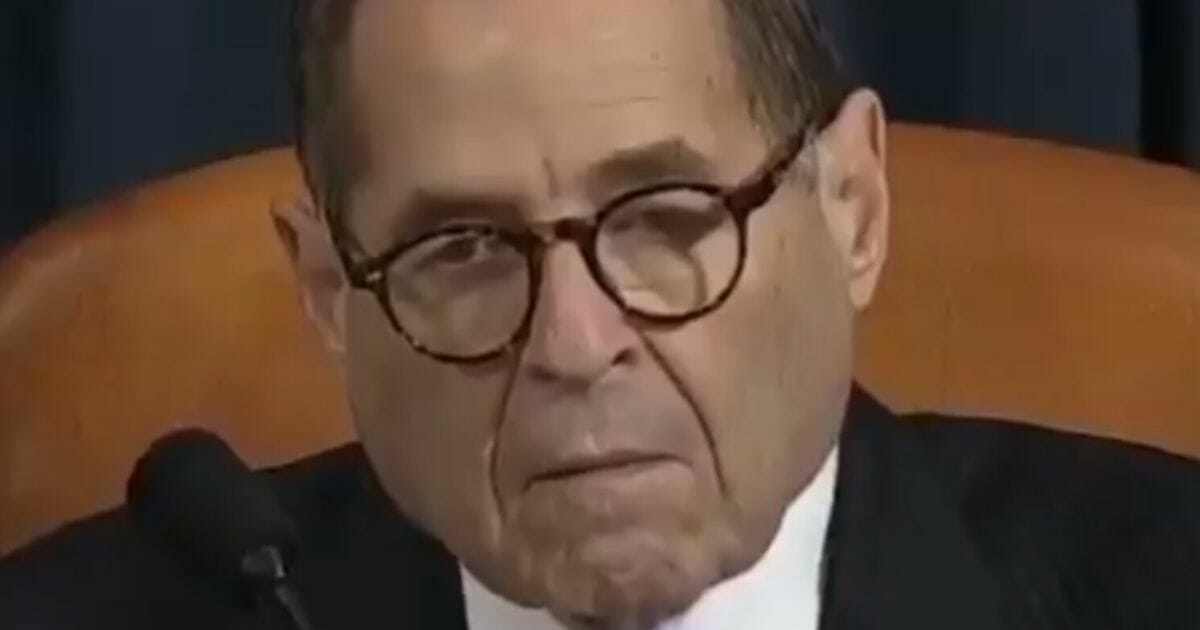 Wednesday’s impeachment hearing was nothing new.

The hearing was such a dud that House Judiciary Committee Chairman Rep. Jerrold Nadler of New York appeared to have trouble keeping his eyes open during the less-than-riveting proceedings.

Only one of the four expert witnesses who appeared — Jonathan Turley, who was called to testify by House Republicans — said there was no case for impeachment against President Donald Trump, while the other three rabidly gave their opinions on why the nation’s chief executive should be impeached.

Perhaps because of this predictable bias, or perhaps due to the fact that not a single one of the so-called “witnesses” had any personal knowledge of any matters at the core of the impeachment inquiry, the hearing made for fairly boring television.

For Nadler, this appeared to be the perfect climate for a little cat nap.

Video of the representative seemingly fighting the urge to nod off quickly went viral.

Trump War Room, a Twitter account managed by the president’s 2020 campaign, posted a clip of the sleepy lawmaker and took it a step further by adding a hilarious lullaby to the footage.

Do you think Nadler was about to fall asleep?

Although this partisan attempt to oust Trump may be akin to counting sheep for Nadler now, it didn’t always used to be this way.

Nadler was once able to get fired up about impeachments that happened along party lines, saying in 1998 that this sort of thing should “never” happen. Apparently, even things as serious as impeachment can change over the course of two decades.

Judging by his flippant attitude toward what happened in front of him Wednesday (at least what he was awake for), not a single shred of that sentiment remains.

One witness, Stanford law professor Pamela Karlan, made it clear what impeachment was really about as she spewed her biased answers in front of the lawmakers.

Karlan’s hatred for Trump even bled over into the president’s personal life, as the professor took a shot at his son, 13-year-old Barron.

Nadler is going to have to get serious soon, because impeachment is reaching the point of no return.

With the exception of any 11th-hour bombshell revelation, Trump’s impeachment is virtually guaranteed to remain a shameful partisan matter, one that Nadler will hopefully stay awake for.