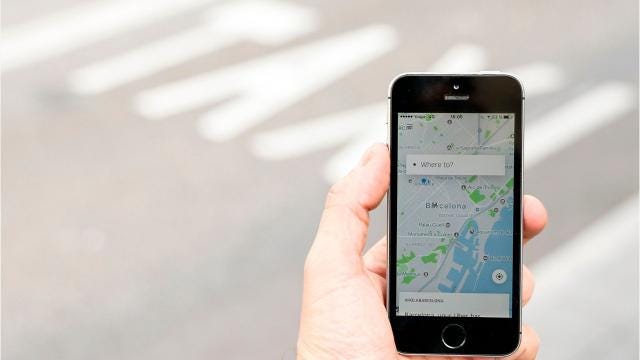 SAN FRANCISCO – Uber has for the first time released data on the number of passengers and drivers alleging they’ve been sexually assaulted in an effort to deflect rising concerns over the safety of the popular ride-hailing service.

These numbers count only those victims who came forward to make a complaint and, as sexual assault is an under-reported crime, may be higher. In all, Uber reported sexual assault and sexual misconduct data in 21 categories.

“We had to measure what was happening on our platform,” Uber’s chief legal officer Tony West told NBC News Thursday. “Because we know in business, if you don’t measure it, you can’t address it.”

Drivers reported nearly as many claims of sexual assault as passengers who made up 56% of claims.

Uber sought to cast its ride-hailing service as safer than the alternatives and downplayed the number of incidents. It says it completed more than 2.3 billion trips in 2017-2018. During this time, more than 3 million trips took place each day in the U.S.

Among the measures Uber says it has taken to make the service safer: it has 300 professionals on its safety team, which has tripled since 2017; it has introduced an in-app emergency button; and it plans to expand sexual misconduct and assault education to all U.S. drivers in 2020.

Scrutiny of the safety practices of ride-hailing companies is intensifying as a growing number of passengers and drivers come forward to claim they were sexually assaulted.

The Uber report was released after nineteen more women sued rival Lyft, alleging they were assaulted while using that ride-hailing service. Lyft has also made safety changes including integrating 911 into the app. Lyft has also instituted sexual harassment prevention courses for drivers, among other measures.

Last week regulators in London cited concerns over Uber’s ability to keep passengers safe in its decision to revoke the company’s license to operate in the city.

“This is an issue that affects every institution in America, and understanding the problem is an important step in the effort to solve it,” said Erinn Robinson, press secretary for RAINN (Rape, Abuse & Incest National Network) which is working with Uber. “We’d love to see organizations in every industry, including educational institutions, make a similar effort to track and analyze sexual misconduct within their communities.”

The report from Uber also included other safety issues such as physical assaults and motor vehicle deaths.