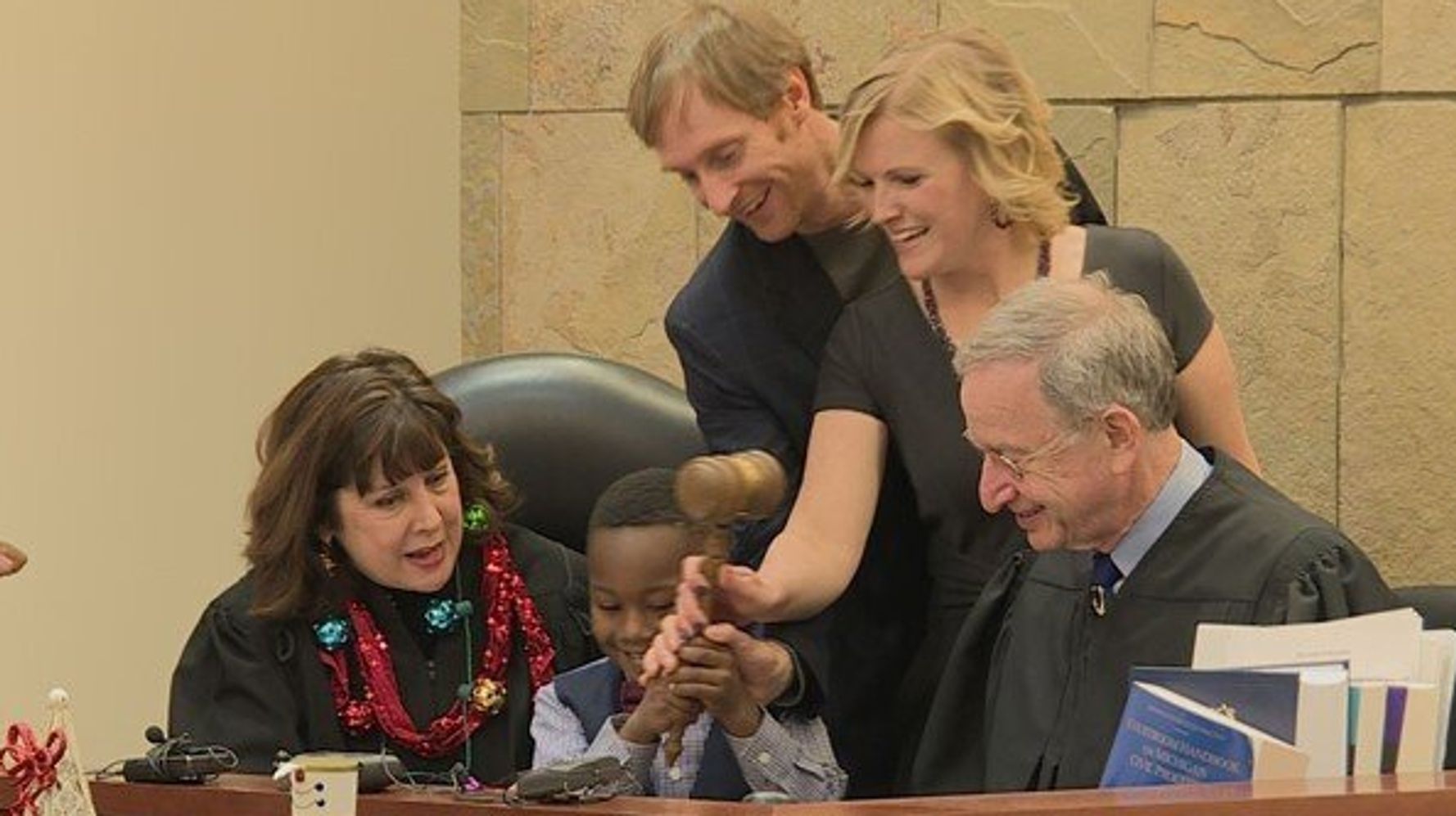 They were squirmy and noisy and not paying attention all the time, but what judge couldn’t be charmed by an entire kindergarten class invited by one of their own for his final adoption hearing?

Michael Clark Jr. was one of 37 children whose adoptions were finalized in a courtroom Thursday in Kent County, Michigan, on Adoption Day. But Michael’s classmates from Wealthy Elementary in East Grand Rapids only had eyes — and red paper hearts they waved — for him.

Michael, 5, has been living with Andrea Melvin and Dave Eaton for about year. He declared on camera: “I love my mommy” — but he told his dad that his class was kind of his family, too.

Check out the video above.