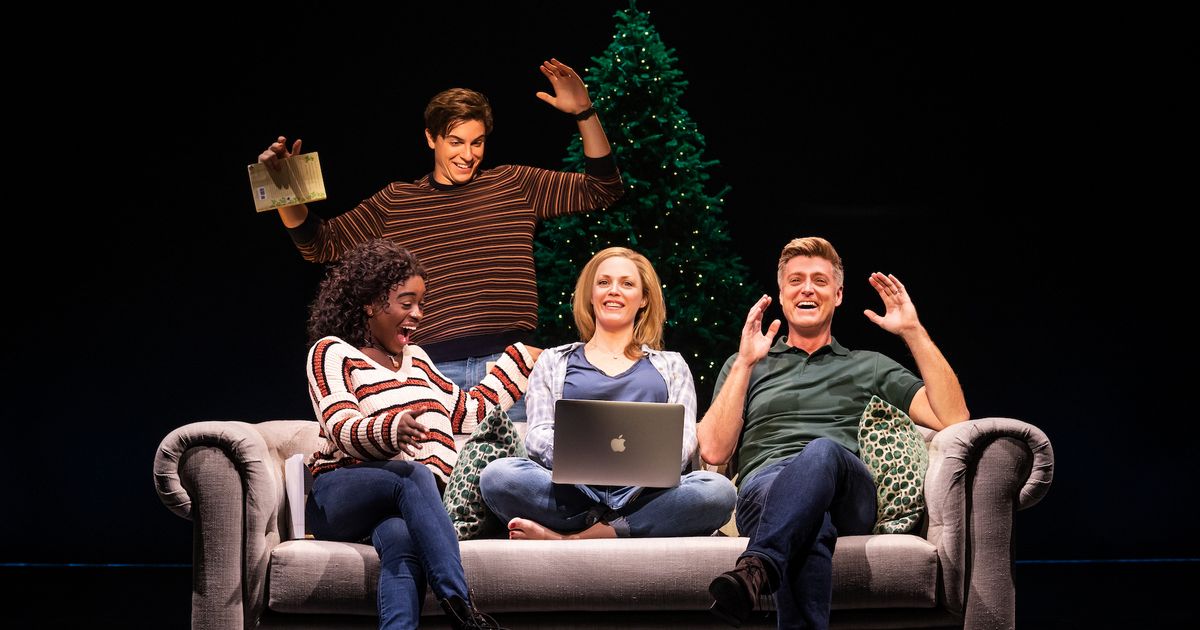 Behind the Healys’ Christmas card-perfect Connecticut exterior lurks some serious darkness — a mashup of just about every hot button issue and buzzword you can think of in 2019. First up is mom Mary Jane (a stellar Elizabeth Stanley), who is battling a secret pill addiction; Dad Steve (Sean Allan Krill) is a workaholic who spends more time watching hardcore pornography than with his children; daughter Frankie (Celia Rose Gooding) is a black teen activist who feels out of place in her all-white family; and brother Nick (Anastasia‘s Derek Klena) is the All-American athlete who has a dark secret.

Set mostly to the music of Alanis Morissette’s seminal album of rage and feelings, Jagged Little Pill the musical is a deeply earnest, occasionally beautiful tribute to the stories of the songs, giving timely voice to important issues like the opioid crisis and #MeToo.

I just wish the show had been allowed to breathe a bit.

The main problem is there is way too much going on dramatically in the book by Diablo Cody (Juno). In addition to all of the above, there’s a love triangle between Frankie, her sorta-girlfriend Jo (Lauren Patten), and a new school crush (Antonio Cipriano) — who has his own family issues. Then there’s Maya (Kathryn Gallagher, heartbreaking), a neighbor girl who is raped at a high school party. Maya becomes one of the central characters in the meandering second act as her he said/she said rape accusation becomes a focal point and the storyline intersects with the Healys.

So, yeah, there are a lot of plates in the air, and despite the work of pros such as director Diane Paulus (Waitress, Pippin), it all winds up feeling pretty overwrought. It can feel like an issue pile-on, where audiences are waiting for the next after school special-style twist — which makes for awkward moments such as when Frankie, in what is supposed to be an emotional confession, yells, “Well, I’m BISEXUAL!” at her parents, and a few people in my audience burst out laughing. 100 minutes in, it feels like adding another buzzword to a checklist.

The main problem is there is way too much going on dramatically in the book by Diablo Cody.

That’s not to say nothing works. The performances are uniformly excellent, and Tom Kitt’s arrangements of Morissette’s iconic tunes are lovely; a plaintive “Hand in My Pocket” and a standing ovation-snagging “You Oughta Know,” both performed by Patten, are standouts. The choreography by Sidi Larbi Cherkaoui, particularly a moving ballet showing a rape, is appropriately memorable.

But I just can’t stop thinking that for a show so Capital-I Important, it should connect better. Everyone’s personal mileage will vary, of course, but perhaps because we were juggling about five different storylines I couldn’t get invested in any of them. Take a late-in-the-show rally for sexual assault victims. It’s a great time to break out Morissette’s “No,” which features the whole ensemble singing, “What part of ‘no’ do you not understand?” over and over again while waving “#MeToo” posters in the air. That should be an incredibly cathartic moment of pain and rage and healing, but instead it comes across a bit lecture-y. I’m wondering if the storyline is let down by the fact you aren’t clear it’s the main issue we’ll be focusing on until nearly two-thirds of the way through the show, and so the central importance of the trauma feels cast off for so much of the run time.

As I said, a lot going on here.

Jagged Little Pill‘s intentions are good, and Morissette’s thought-provoking lyrics lend themselves to all kinds of stories and reinterpretations. Particularly fun is a performance of “Ironic” in a classroom, where students — standing in for 25 years of trivia enthusiasts and know-it-alls — continually cut off Frankie’s song to explain that, actually, the lyrics aren’t ironic. It’s cute and silly, and the show could have used more moments like that to break up the emotional heavy lifting. In the musical’s quest to say something good and meaningful, it shortchanges the sharp humor that might help that earnest message land. 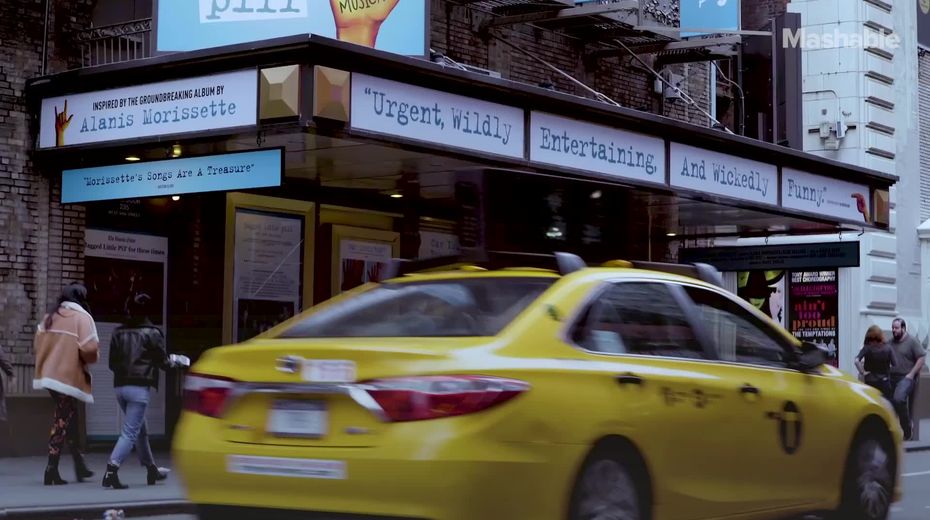