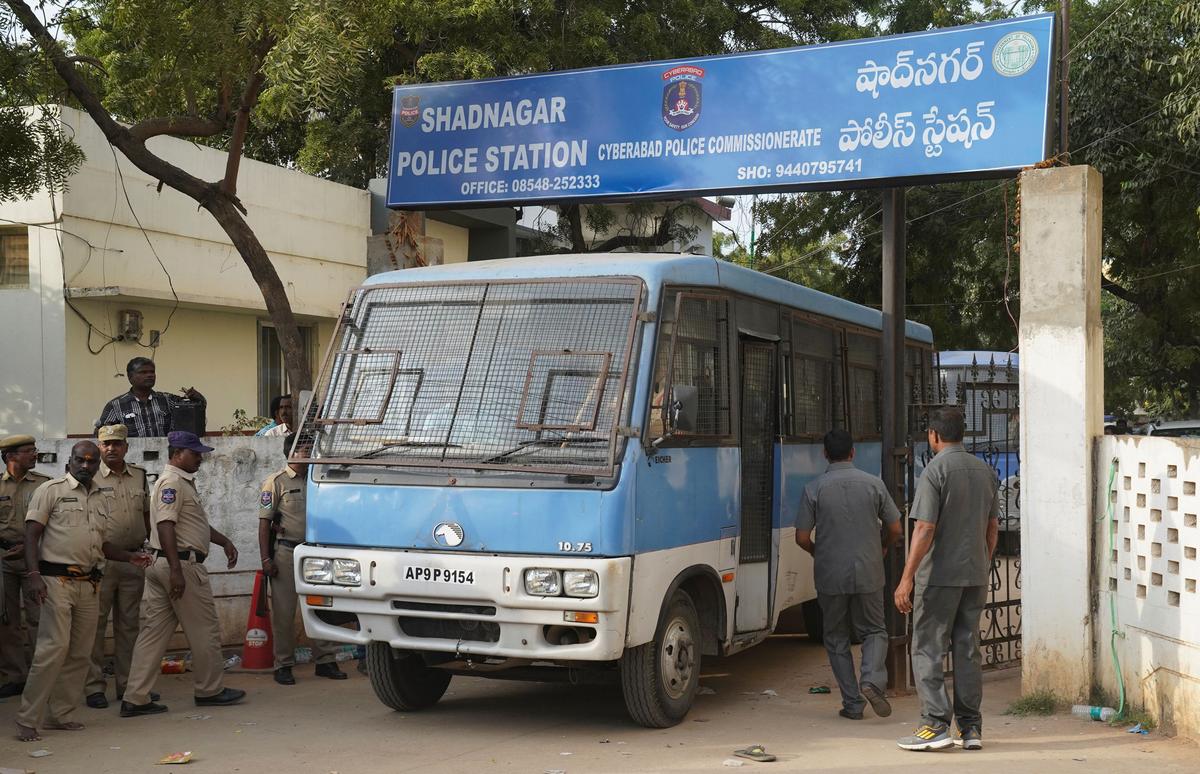 A police van carrying four men accused of the alleged rape and murder of a 27-year-old woman, leaves a police station in Shadnagar, on the outskirts of Hyderabad, India, November 30, 2019. REUTERS/Vinod Babu

BENGALURU (Reuters) – Indian police shot dead four men on Friday who were suspected of raping and killing a vet in the southern city of Hyderabad last week, a local police official told Reuters.

The men had been in police custody.

Earlier, BBC Telugu quoted police as saying the men were shot after they tried to attack officers at the scene of the crime, where they had been taken.