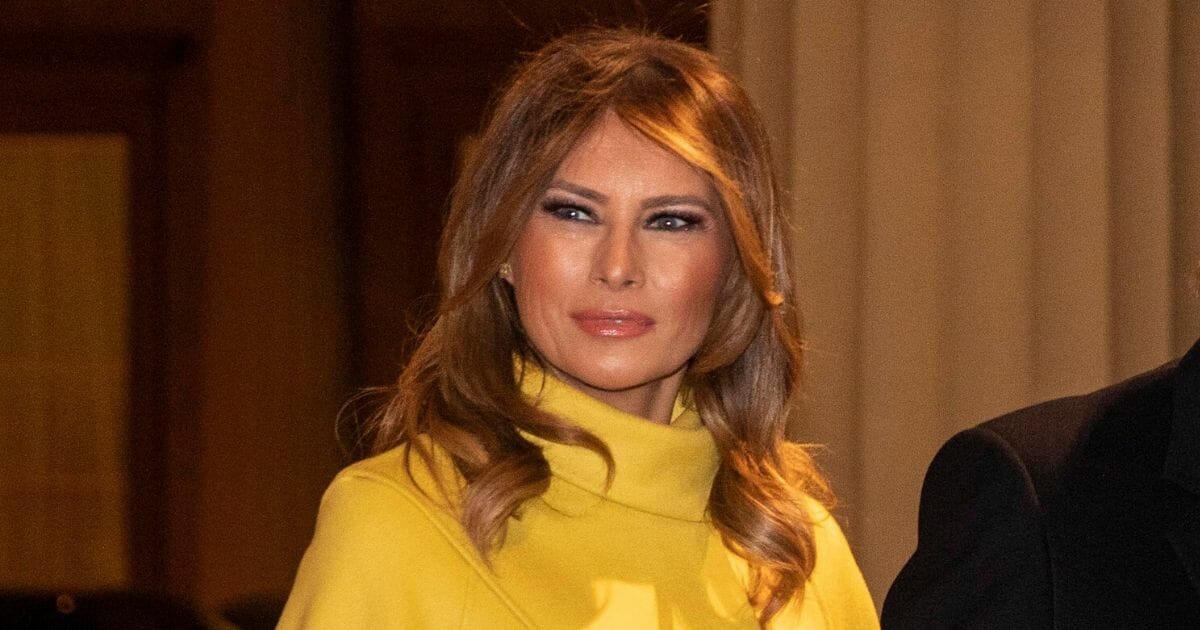 George Conway’s got to pick his battles better.

It’s bad enough that the husband of White House counselor Kellyanne Conway has a dislike for President Donald Trump, which he feels strongly enough about that it becomes a national story.

But his latest outburst — taking aim at first lady Melania Trump because she didn’t like her son being used as a punch line by an anti-Trump law professor — is really over the line.

For Conway, apparently, a mother being protective about her adolescent offspring isn’t just a natural reaction. It’s not even an understandable overreaction.

It’s “amplifying what was a nothingburger reference a hundred-thousand-fold.”

As anyone following the impeachment proceedings on Capitol Hill knows by now, Stanford University law professor Pamela Karlan turned what was already a national embarrassment into a national disgrace on Wednesday when she decided to make a joke of young Barron Trump’s name by comparing it, clumsily, to a “baron” of royalty.

Karlan eventually — and with considerable snark — apologized for the statement.

“I want to apologize for what I said earlier about the president’s son. It was wrong of me to do that,” she said near the end of her testimony, according to Fox News. “I wish the president would apologize, obviously, for the things that he has done that’s wrong, but I do regret having said that.”

Still, Melania Trump, in an uncharacteristic public display of anger, lashed out at Karlan on social media.

A minor child deserves privacy and should be kept out of politics. Pamela Karlan, you should be ashamed of your very angry and obviously biased public pandering, and using a child to do it.

To normal people, that’s a completely understandable reaction. Karlan’s crack was over the line — and that fact that she drew a chuckle from the radically liberal Rep. Sheila Jackson Lee of Texas just made the situation worse.

It’s true it wasn’t the worst thing that’s ever been said about the president’s offspring. The late Peter Fonda might have secured that dubious honor himself.

Still, it would be a rare mother — no matter what party or politics — who didn’t take offense at a remark like that.

George Conway somehow didn’t get that — or pretended not to.

He responded to the first lady’s tweet by seemingly mocking her for drawing more attention to Karlan’s comment.

“So therefore you’re amplifying what was a nothingburger reference a hundred-thousand-fold. Got it,” he wrote.

So therefore you’re amplifying what was a nothingburger reference a hundred-thousand-fold. Got it. https://t.co/MMSBhMWQE4

The tweet made him a hero on the left.

As the ecstatic responses to Conway’s tweet showed, any attack on Melania in particular always seems to mine the seam of viciousness that’s always just below the liberal surface.

Is George Conway going too far to draw attention to himself?

If that’s the audience he wants to please, then bully for him, mission accomplished.

But a guy who’s married to one of the most accomplished women in American public life at the moment probably has more going for himself than an ability to throw peanuts from the cheap seats. Or spitballs from the back of the room.

A guy like that owes it to himself to pick his battles better.

Being tiresome is one thing. Being contemptible is a good deal different.