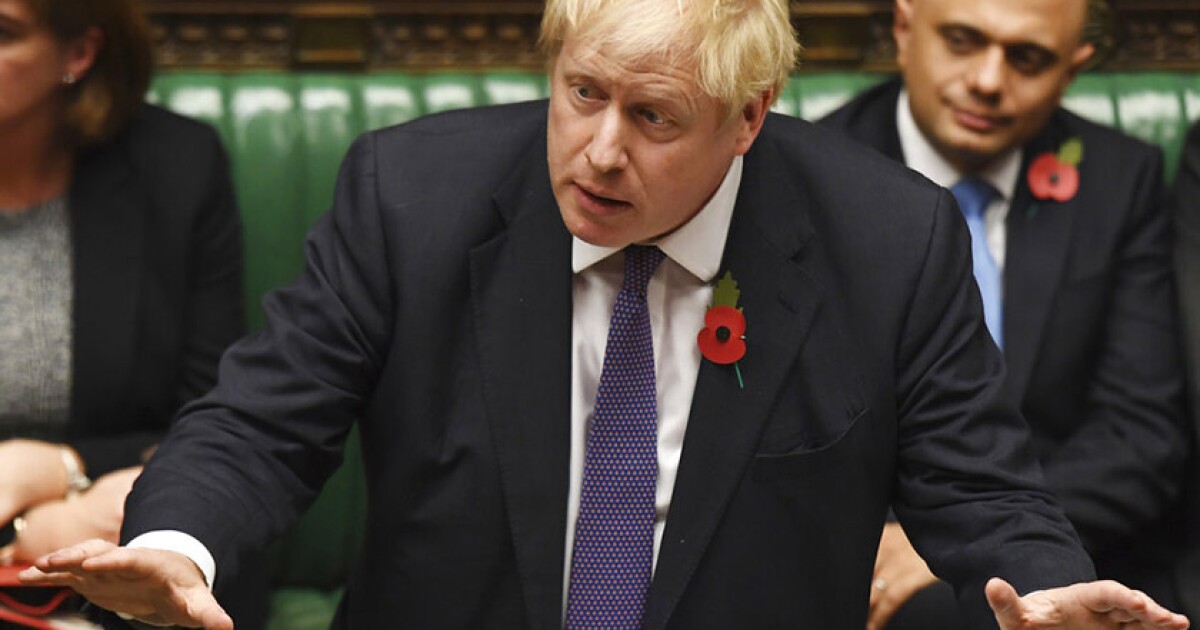 As a historic impeachment drama plays out in Washington, a political saga with some odd parallels is taking place across the Atlantic.

Britain is in the midst of a divisive national election campaign that is roiled by questions about Russian interference in the 2016 Brexit referendum, with potentially inflammatory implications for the upcoming balloting Dec. 12.

A cross-party British parliamentary committee spent months investigating purported malign actions by Moscow in connection with the June 2016 referendum in which Britons narrowly voted to leave the European Union.

With Brexit again the key issue in December’s parliamentary elections, the government of Prime Minister Boris Johnson triggered an outcry this month when it put off the release of the committee’s wide-ranging Russia report, citing the need for further security vetting.

Then as now, Johnson has been a driving force behind the move for Britain to exit the 28-nation EU. For more than three years, Britain has been consumed by infighting over how and whether to implement the referendum result, and the prime minister is leading his Conservative Party into next month’s vote with promises of a swift Brexit as his rallying cry.

Johnson’s rivals say that before the election, British voters should have an opportunity to learn more about Moscow’s purported role in the 2016 referendum — especially in light of the close outcome in which 52% of voters favored the split and 48% opposed it.

Moscow has shown itself willing to use the bluntest of blunt force to press its interests on British soil, exemplified by last year’s dispatch of Russian operatives to the quiet English town of Salisbury, where they tried to kill a turncoat spy, Sergei Skripal, with a deadly nerve agent.

American-born British financier William Browder, who has crusaded for vastly tightened international financial oversight of Russian oligarchs and testified in the parliamentary inquiry, said he had expected it would be part of the public record by the time voters were preparing to go to the polls.

“It should have been out a long time ago,” he said of the document.

Browder, in a telephone interview, said entrenched practices such as Russian money laundering via high-end London real estate might have had as much or even more of a distorting effect on British politics than overt acts of interference by the Russian state.

“Oligarchs who are enriched by Putin pay money to former security service officials, to lawyers in Britain, to members of the political establishment, who then effectively do Russia’s bidding for them here,” he said.

Withholding of the 50-page dossier has brought withering criticism from Dominic Grieve, a former attorney general who chaired Parliament’s Intelligence and Security Committee, which put together the report. As Parliament prepared to dissolve this month without the findings having made their way into the public domain, Grieve called the delay “jaw-dropping.”

Some observers caution that the report might not actually contain any bombshells on Moscow’s efforts to steer the voting on Brexit, even though Russian President Vladimir Putin has actively sought to undermine the EU. Moscow considers the bloc a threat to its interests and has cultivated allies such as Hungary’s strongman leader Viktor Orban to pursue measures critics say are designed to undermine the EU from within.

Keir Giles, a senior consulting fellow with the Russia and Eurasia program at the British think tank Chatham House, said that in part because the parliamentary committee took testimony from many witnesses whose views were sometimes divergent, the document could prove a “huge disappointment” for those hoping for a damningly definitive account of Russian meddling.

British news reports have offered up details of some of the purported Russian transgressions, describing the flow of “dark” funding to the pro-Brexit side of the referendum campaign. They have also documented cyber-interference similar to that which took place in 2016 in the United States, where intelligence agencies concluded that Russia acted in an effort to aid then-candidate Donald Trump.

In Washington, Trump’s backers are now seeking to discredit the finding of Russian interference in 2016 and instead cast blame on Ukraine, using the public impeachment hearings that began Wednesday to air elaborate conspiracy theories meant to prop up that view.

Out on the campaign trail, Johnson has taken some heat over the withholding of the report, although many voters are more vocally angry about local issues such as the government’s slowness in aiding areas hit by record flooding. Still, a steady drumbeat of demands from rivals and critics has left his government on the defensive, and nearly a quarter-million people have signed a petition demanding the report’s release.

Hillary Clinton, the former Democratic presidential contender who sounded repeated warnings in 2016 about her then-opponent Trump’s deference to Putin, has also weighed in on the subject. Visiting London on a book tour, she said it was “outrageous” that British voters were not being allowed to weigh the parliamentary committee’s conclusions before December’s balloting.

“Every person who votes in this country deserves to see that report before your election happens,” she told the BBC.

Britain’s Electoral Commission, which serves as a watchdog over campaigns and voting, said that whatever the makeup of the new government that emerges from the elections, it should work to tighten election law and security practices to stave off electoral influence by foreign powers, Russia included.

Johnson’s government, meanwhile, continues to defend the delay. Cabinet minister Rishi Sunak told Britain’s ITV this week that the postponement of the report’s release was “absolutely normal,” necessitated by security vetting to make sure there were no “bits that need to be redacted.”

But intelligence and security agencies signed off on the report Oct. 17, and British news reports said approval by the prime minister’s office would have been expected to follow suit by month’s end.

The government of Johnson’s predecessor, Theresa May, said in 2017 there was no direct evidence of Russian wrongdoing in connection with the Brexit vote a year earlier. At the time, Johnson, who was serving as foreign minister in May’s government, was characteristically unable to resist a jokey response when he was asked whether he knew of any proof of meddling by Moscow.

King, who is based in Washington, was recently in London on assignment.