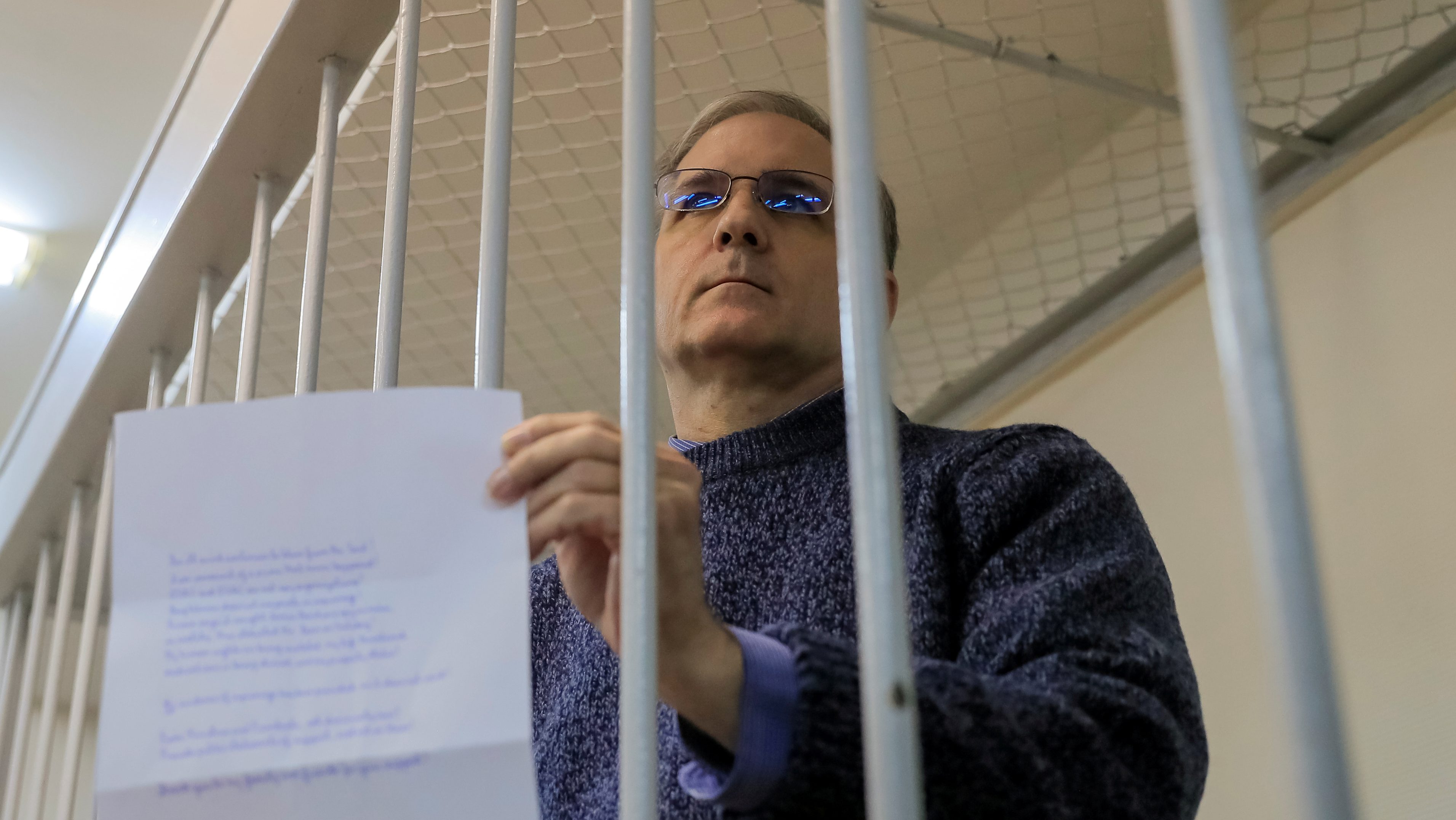 Guards at Moscow’s Lefortovo prison, where former US corporate security executive Paul Whelan has been held on espionage charges since last year, rejected a turkey dinner brought to Whelan by American consular officials for Thanksgiving.

“What I understand is that the embassy confirmed prior to the visit that they could bring the meal,” Whelan’s brother David told Quartz. “It is common for prisoners to have food to supplement what the prison provides.”

The charge d’affaires for the US Embassy in Moscow, Julie Fisher, took the food with her on a Thanksgiving Day visit to see Whelan at Lefortovo.

“On this Thanksgiving Eve, I am most concerned about Paul Whelan’s deteriorating health and continued isolation from family,” Fisher told reporters after the visit. “It is time that we are allowed to bring in an outside doctor, as suggested by a high-level Russian official. Enough is enough.”

Russia’s domestic intelligence service, known as the FSB, arrested Whelan—who holds US, Canadian, British, and Irish citizenship—in December 2018. The agency accused Whelan of receiving a flash drive containing state secrets. His family says he was in the country to attend the wedding of a friend who was marrying a Russian woman. Whelan has yet to stand trial for the accusations and is said to be in poor health.

Whelan’s family says the FSB has deprived Whelan of “any sense of normalcy and communication with the outside world” since he was jailed 49 weeks ago. His brother said Whelan has never been allowed to see an English-speaking doctor for an independent assessment.

The Russian Ministry of Foreign Affairs claims Whelan’s “spy” training taught him to fake an illness. Whelan’s brother—and the US Embassy in Moscow—call this a disinformation campaign.

Whelan, who was discharged from the US Marine Corps after being court-martialed in 2006 on larceny charges, is almost certainly not an intelligence officer, according to former CIA operative John Sipher.

“There is no way we would ever use anybody like this guy Whelan,” Sipher told Quartz shortly after Whelan’s arrest last December. “We only handle critical, high-level spies with meticulous tradecraft. Putin knows very well that this is not US intelligence. He’s seen the real thing over the years. This is a political game, pure and simple. An ugly game.”

The initial accusations against Whelan came just weeks after alleged Russian intelligence agent Maria Butina pleaded guilty to conspiracy charges in the United States. At the time, national security and intelligence experts, including former CIA operatives with extensive Russia experience, wondered if the Kremlin actually arrested Whelan as a pawn to swap for Butina. However, Butina was released in October from a federal prison in Florida after serving most of her 18-month sentence. She is now back in Russia. Whelan’s next detention hearing will be held sometime later this month, and his family says his trial is unlikely to start before May 2020.

Whelan is one of a small handful of American citizens apprehended in Russia for spying. In 2013, US diplomat Ryan Fogle was arrested in Moscow and expelled from the country after being accused of trying to recruit a Russian intelligence officer as a spy. In 2000, American businessman and former US Navy intelligence officer Edmond Pope was arrested in a Moscow hotel after allegedly attempting to purchase classified military secrets. Pope was sentenced to 20 years in prison but released eight months later after a pardon from Russian president Vladimir Putin, who himself enjoyed a long career with the KGB.

US secretary of state Mike Pompeo and Russian foreign minister Sergei Lavrov are scheduled to meet in Washington, DC on Dec. 10. It is unknown if the two will discuss Whelan’s case.