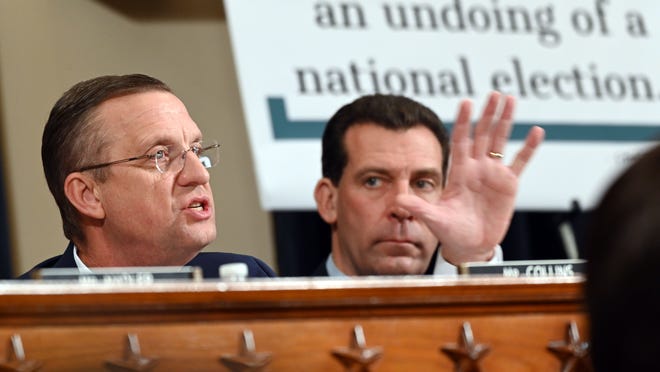 Will President Trump participate in the House impeachment inquiry?

House Democrats have given President Donald Trump a Friday deadline to decide whether he wants to send lawyers or other representatives to participate in impeachment inquiry hearings. The White House has called the inquiry partisan and biased and declined to participate in Wednesday’s hearing with four law scholars and college professors. But Trump has until 5 p.m. EDT on Dec. 6 to decide whether to take part in the process at all. Republicans hold a 53 to 47 majority in the Senate, so Trump doesn’t expect the necessary two-thirds majority will vote to remove him. Over the past two months, House Democrats have led an impeachment inquiry into allegations Trump used the power of his office to pressure Ukraine to investigate one of his political rivals.

I Joe Biden’s campaign announced that ex-Secretary of State John Kerry will travel to Iowa on Friday to join the former vice president on his “No Malarkey” bus tour.  The announcement comes after Kerry said he is endorsing Biden for his 2020 White House bid. Meanwhile, Biden hit a bit of a bump in the road while on his tour Thursday as he lashed out at a voter at an event, calling him “a damn liar” for accusing him of “selling access” to the presidency in Ukraine. Biden said he didn’t want to argue with the attendee, but the two continued to talk over each other. Both Biden and Kerry will campaign in New Hampshire this weekend as well.

Investigators are expected to arrive in Minnesota on Friday after a Black Hawk helicopter carrying three crew members crashed south of St. Cloud, Minnesota.According to emergency scanner traffic, the helicopter took off from St. Cloud and called mayday about nine minutes after takeoff. Sky conditions at the time the helicopter took off were clear with 10-mile visibility, according to the National Weather Service’s observations at St. Cloud Regional Airport. “We do not have contact with the helicopter but we do not quite yet know what the situation is,” Minnesota National Guard Master Sgt. Blair Heusdens said after the base lost contact with the aircraft. Minnesota Gov. Tim Walz later confirmed that all three crew members had died.

Get excited, Swifties — Taylor Swift released a brand-new Christmas song and video at midnight EDT on Friday called “Christmas Tree Farm.” It’s a nostalgic ditty, about days past when Christmas was much simpler (and less stressful) and features several home videos from when the singer was young. Swift didn’t give fans much lead time either as the singer, 29, announced on social media Thursday, “I’ve just written a Christmas song. I feel like it’s weird to just, like, wait a year to put it out? I don’t have anyone to ask right now except for…” Swift said in the video clip before turning the camera onto her cat, Meredith. During a segment on Thursday’s “Good Morning America,” host Lara Spencer said Swift wrote the song over the weekend, “turning it around in record time.” “GMA”will air the video during Friday’s show. 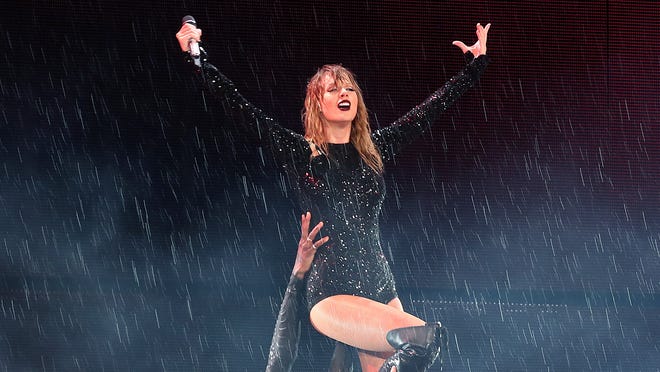 Did you get a visit from St. Nick?

For most Americans, Dec. 6 is just another winter day. But some — especially in the Midwest — will be checking their stockings to see what St. Nick has brought them as they celebrate St. Nicholas Day. The tradition originated as the feast day of St. Nicholas in the Catholic Church and is still widely celebrated in Europe. Traditions vary, but many mark the day by leaving shoes or stockings for St. Nick to fill with treats such as oranges, chocolate coins and candy canes. In the U.S., the holiday is most prevalent in cities with strong German roots. “It’s definitely a Midwest thing,” Heather Grams told the Milwaukee Journal.