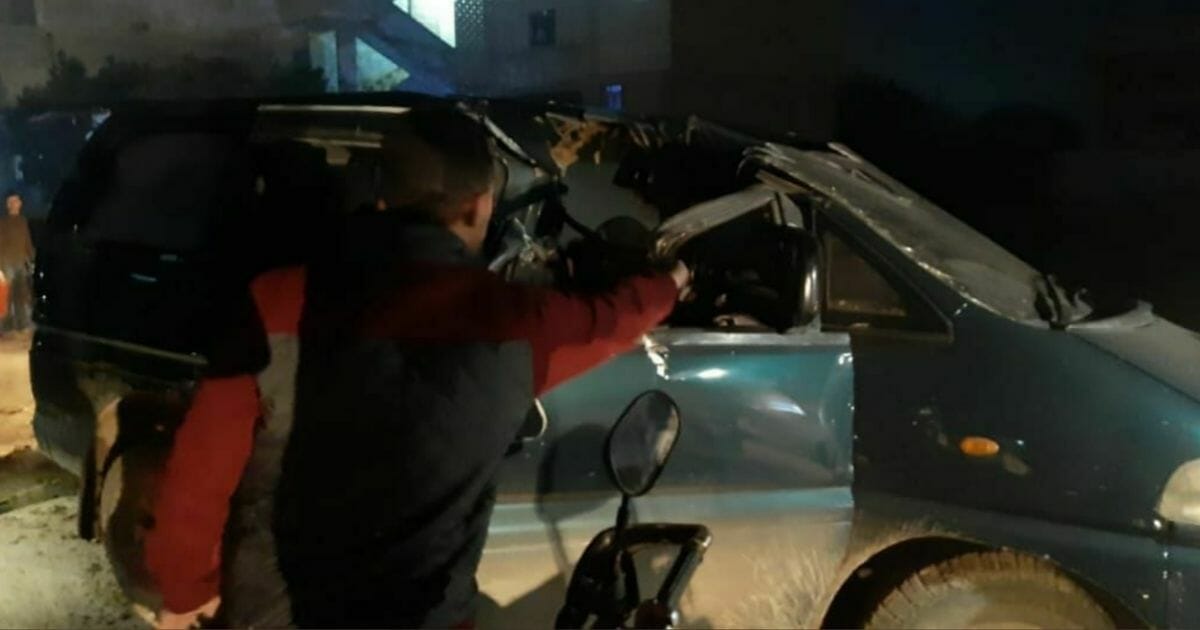 I don’t care what age you are. If you’re the proud home of a Y chromosome, there are two things that are unassailably awesome: ninjas and missiles.

If you like both of those, you’ll probably like the AGM-114R9X, a rare variant of the Hellfire missile. Unless, of course, you’re a terrorist.

According to The Drive, the missile was used to kill two people in northern Syria near the place where Islamic State group leader Abu Bakr al-Baghdadi was killed.

The thing about the AGM-114R9X is that it “substitutes the warhead found on standard models for a set of folding sword-like blades for minimum collateral damage,” The Drive reported.

“There are reports that two individuals in the van died, but their identities and if they are affiliated with any known terrorist groups are unclear at the time of writing. There is one report that at least one person who was killed belonged to Hayat Tahrir Al Sham, or HTS, a group that splintered from Al Qaeda’s franchise in Syria in 2017.”

Tweets and pictures seemed to confirm this.

A note used for crossing HTS checkpoints appears to confirm the identity of the person killed. If true, this is the first Coalition strike against HTS in 2 years – the US increasingly shifted to targeting more radical factions (ISIS, AQ, Ansar al-Tawhid). pic.twitter.com/UAwHibEJwy

#Syria #IdlibUknown warplanes have airstriked a vehicle in Atmeh, Northern Idlib.The bodies of 2 (?) men have been mashed but the vehicle has not exploded. It’s not clear then if this is the result of an #US assassination attempt with another #US R9X missile. pic.twitter.com/hiPJA2FHve

This isn’t the first time that the ninja missile has been used. The Wall Street Journal reported on its existence earlier in the year after it had been used in several strikes in the Middle East.

However, the missile has been in the pipeline for quite a while. In fact, it was even considered to kill Osama bin Laden in 2011.

The ninja missile is so effective that it actually passed through the roof of one of its target cars without breaking the windshield.

The secret R9X missile is designed to destroy individual terrorist targets without harming surrounding civilians and could potentially kill a car’s front seat passenger without harming the driverhttps://t.co/FVhkegsStI

RELATED: As Kim Jong Un Begins Acting Up, Trump Reminds Him of US Military Might

“To the targeted person, it is as if a speeding anvil fell from the sky,” one source said at the time.

Yet, the vehicle remains intact — as the photos prove.

Overall, it’s an amazing weapon. It reduces collateral damage and the possibility of innocent civilians being killed. It’s a triumph of technology. And most importantly, we can call it the ninja missile.

How much more awesome can the AGM-114R9X get?