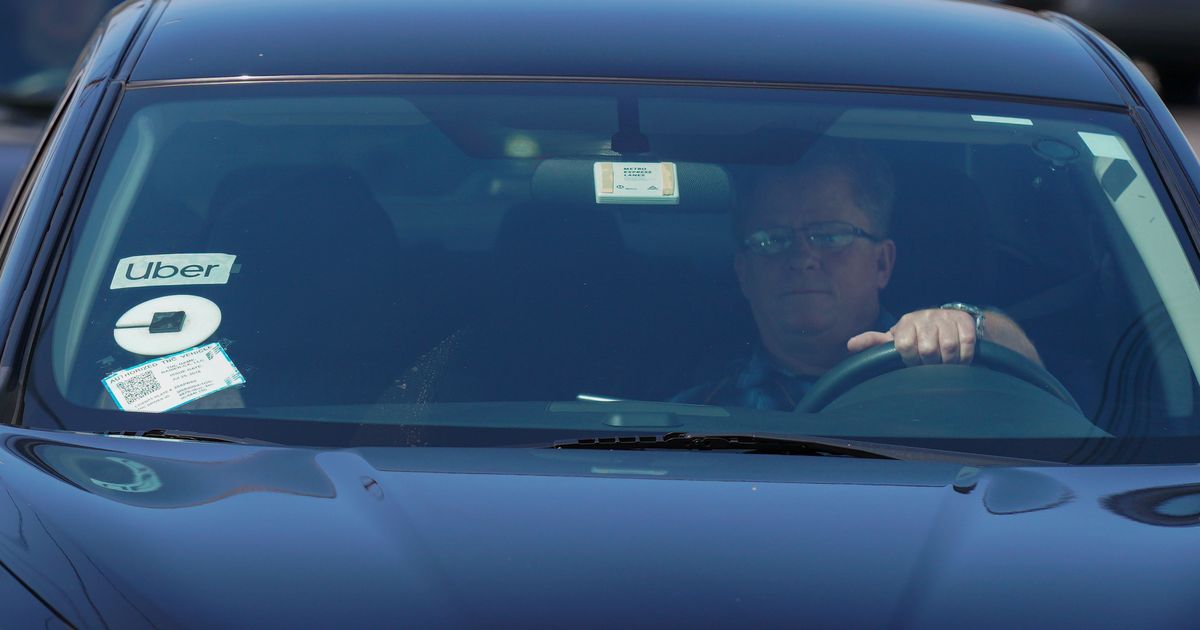 Back before Uber and Lyft ride-sharing (yes, there was a time!), hailing a regular cab didn’t always guarantee a ride. In San Francisco, for instance, drivers would often deny passengers rides to neighborhoods on the far west side of the city, or across the Bay, or Golden Gate Bridge. Then Uber and Lyft came along, and drivers were none the wiser as to where you were headed until they’d already accepted the ride and you were in the backseat. Oakland here we come!

But changes to the Uber driver app, introduced this week for California drivers, would let drivers officially reject ride requests.  Eventually, all California drivers will see trip information including destination, estimated ride time and mileage, ride type, and potential earnings range. At the moment, only about a third of drivers in the state have the new feature. By mid-January, every driver will be able to see destination information. Riders, however, won’t actually know if a potential ride match was denied because it’ll happen before a driver accepts a ride. But even though that will all happen behind the scenes, riders could still be left waiting for a ride match to an “undesirable” destination, like a faraway place or inconvenient airport drop-off.

An Uber spokesperson said in an email the company “can’t speculate on marketplace impact.” But those long waits are still a possibility. Even if there are about 200,000 California-based Uber drivers, destination information could dissuade drivers from certain rides. In Atlanta, a local news report this week found that ride-share drivers consider certain parts of the city to be “no-go zones.” This exact type of discrimination is why Uber doesn’t let drivers in that metro area see the destination until passengers are picked up.

Uber clearly is aware that giving all of that destination information is likely to lead to, um, let’s call it “selective” ride acceptance. So it reminded drivers that rejecting rides based on location is a violation of its guidelines and California law. For anyone who needs a refresher on local discrimination laws, the Unruh Civil Rights Act states all Californians “are entitled to the full and equal accommodations, advantages, facilities, privileges, or services in all business establishments of every kind whatsoever.”

Despite these legal protections, there’s little recourse for passengers who are, unknowingly, denied rides by this new change. Only Uber will be able to track if certain areas are suddenly less popular for drop-offs. Mucking up the issue even further, rejected rides will no longer negatively impact a driver’s Uber Pro rewards profile. Canceled trips, however, still count toward driver ratings.

The changes are all set to coincide with a new California employment classification law, known as AB5, which goes into effect mid-January.  Under this law, gig-based companies will have to prove workers are truly independent contractors. Otherwise, companies like Uber will be forced to start treating them as employees. Uber’s thinking seems to follow that, with more upfront information for drivers, they’ll need to rely less on Uber itself and the app. This then bolsters the ride-share company’s argument that drivers are independent workers and you can “be your own boss.“

For drivers, these changes are mostly welcome. It means more flexibility and upfront information with little accountability if they are indeed discriminating against riders because of location. One former driver wrote on the Rideshare Guy blog, “Not knowing the driver destination was LITERALLY the reason I quit driving as soon as I did. I just felt cheated all the time and couldn’t deal with it.”

Competing ride-share service Lyft, on the other hand, is keeping its driver information the same as usual: Drivers still won’t see the destination, but are shown the ride type, rider rating, and other details, like ride duration for 45-minute-plus trips. Only “select” (Lyft doesn’t divulge much more on who is selected) drivers have a “Destination on Accept” feature which tells them which direction they’ll be headed and estimated trip time before officially accepting the trip. So, for example, if a driver in downtown San Francisco gets a request for a 25-minute trip east of the city, they can decide if they want to leave the city limits or not.

To counter any ideas about location-based discrimination on its end, Lyft cites a 44-percent pick-up or drop-off rate in low-income areas across its service areas in both the U.S. and Canada.

So even though these new driver features could possibly open up a whole can of discriminatory worms, there’s still a silver lining for California riders: At least you can ride guilt-free knowing your driver willingly and knowingly accepted your ride. Oakland here we come (again)!