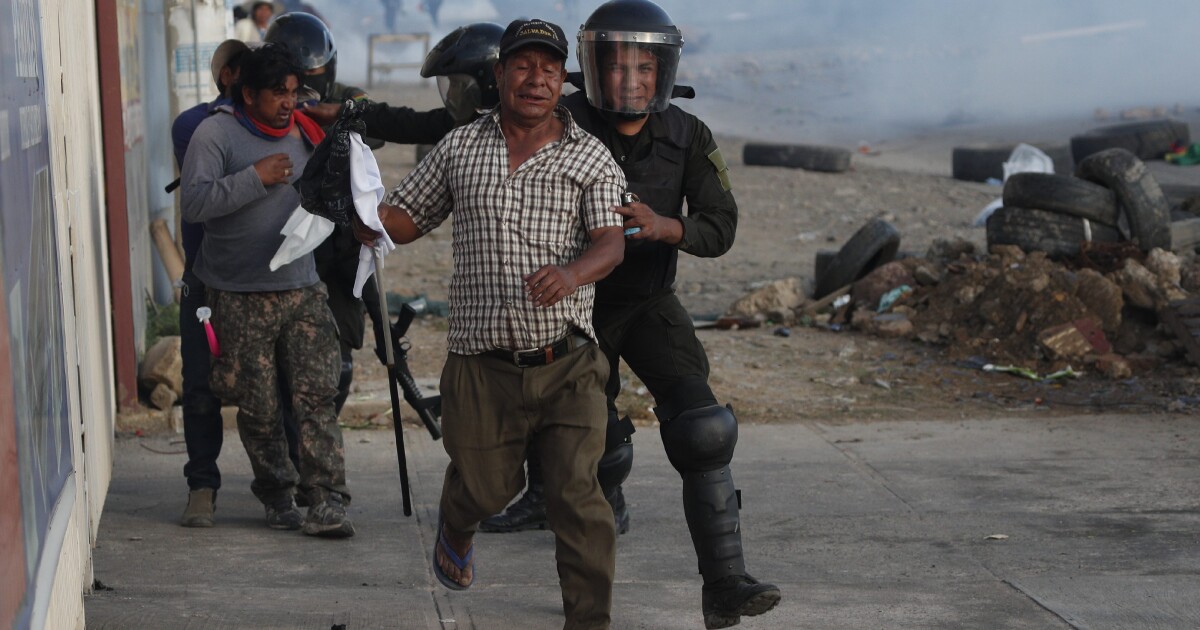 Postelection violence causing turmoil in the South American nation of Bolivia could “spin out of control” if officials resort to the use of disproportionate force, the United Nations human rights chief said Saturday.

Michelle Bachelet, the former president of Chile, issued her statement after the deadliest postelection incident to date — the killings on Friday of at least nine people and injuries to dozens of others as coca-leaf farmers sympathetic to ousted President Evo Morales protested and clashed with security services in the town of Sacaba, outside the city of Cochabamba.

Reports indicated that gunshots were responsible for most if not all of the deaths, and that the majority of victims were coca-leaf farmers, whose crop is the prime ingredient in cocaine. Surviving protesters and family members of the victims blamed security services, but government officials said some demonstrators were also armed during clashes.

“I am really concerned that the situation in Bolivia could spin out of control,” said Bachelet, the U.N. High Commissioner for Human Rights, in a statement. “The country is split and people on both sides of the political divide are extremely angry. In a situation like this, repressive actions by the authorities will simply stoke that anger even further and are likely to jeopardize any possible avenue for dialogue.”

At least 21 people have been killed in the turmoil since the disputed Oct. 20 elections, Bolivia’s human rights ombudsman said.

Morales said he won his fourth term in the balloting, but protesters took to the streets alleging that the election was rigged. Morales stepped down under military pressure last Sunday and fled to Mexico, where he was granted political asylum.

The leftist ex-president says he was the victim of a right-wing “coup” backed by the United States. The Trump administration called his departure a step forward for democracy in Bolivia.

Meanwhile, in a Twitter message from Mexico, ex-president Morales accused the interim administration of Bolivian caretaker President Jeanine Añez of issuing a new decree that shields military personnel from responsibility for acts of violence. “It’s a blank check of impunity to massacre the people,” Morales wrote.

But Jerjes Justiniano, minister of the presidency for the caretaker government in La Paz, denied that the new decree was a “license to kill,” reported the Bolivian daily El Deber. Rather, the minister described the decree as a series of guidelines to ensure that the military “acts in proportion with every situation, which does not mean use of arms in every case,” El Deber reported.

Añez, a former opposition senator, assumed what she called the interim presidency on Tuesday and vowed to restore peace and organize new elections. Morales has labeled her government illegitimate and called for national dialogue brokered by the United Nations or the Vatican.

Añez has accused Morales of “inciting” chaos from Mexico and declared that he would be banned from participating in new elections and should face arrest if he returns to Bolivia. Morales’ allies have been staging daily protests and setting up road blockades calling for his return. Authorities have voiced concern about shortages of fuel and foodstuffs because of blocked roadways.