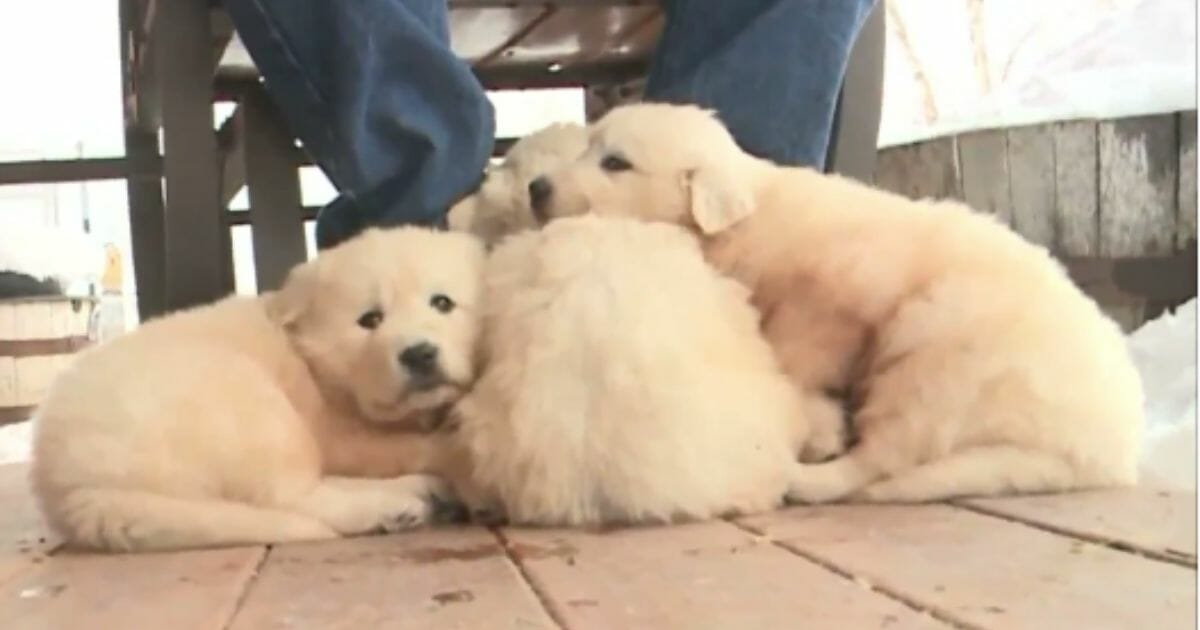 Three Great Pyrenees puppies found trying to survive inside a sheep carcass were rescued from a snowy mountaintop in Utah thanks to a pair of snowmobilers.

Corey Holt and Kat Perry were snowmobiling on Monte Cristo in Weber County when Perry noticed a female Great Pyrenees dog who had recently given birth.

The couple tried to coax the mother dog to them, but Perry wrote Sunday on Facebook that the dog “was having no part of us.”

They left the area and returned the following day with food and a crate, hoping to get the mother off the wintry mountain.

“I’m not going to leave any animal on the mountain to starve, especially, it was obvious she had pups,” Perry told KSTU.

“The pups were cold, shivering and wet and just a little ball of ice,” Perry said.

Weber County Search and Rescue were able to assist Holt and Perry in bringing the three pups off the mountain. The mother, however, refused to come.

Perry left 20 pounds of dog food for the mother, planning to return as soon as possible to try and rescue her, too.

“We didn’t have a leash, we didn’t have a rope or anything so we decided the best thing was [to] get these guys out first and then go back in and try to get her,” Holt said.

According to KSTU, investigators think the mother, a livestock guardian breed, had been protecting a flock of sheep on the mountain during the summer, a typical job for a working Great Pyrenees.

At the time the rancher came to collect the herd, investigators believe the dog had tucked herself away to have her litter and was nowhere to be found. It is possible that the three surviving pups were part of a larger litter at first.

Two males and one female survived, finding shelter and nourishment from the dead sheep.

“They were living in a sheep carcass. She had found a dead sheep and they had eaten, there was nothing left, just a little bit of wool and a few big bones. I’m sure that’s what she’d been eating on all fall,” Perry said.

Perry said she is considering keeping one of the pups, appropriately named Polar. A Great Pyrenees rescue organization is handling adoptions for the remaining puppies.

To date, there has been no update on the mother dog, but local volunteers have pledged to keep looking, KSTU reported.