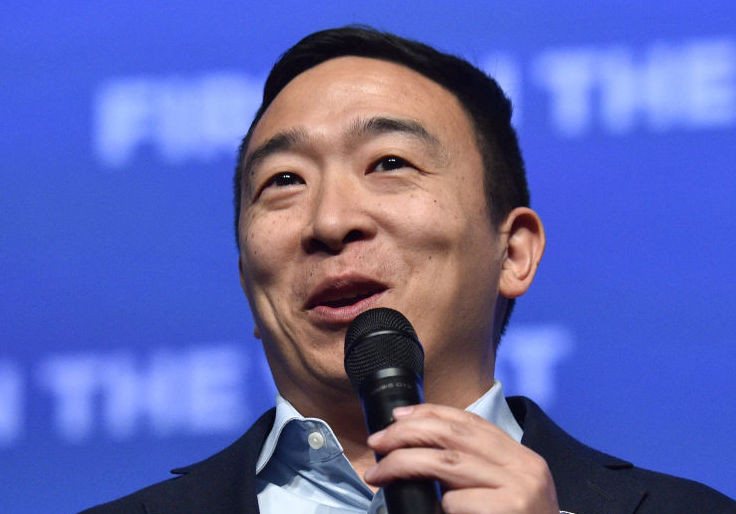 Democratic presidential candidate Andrew Yang on Wednesday said attacks on President Donald Trump have been ineffective and may ultimately increase his reelection chances.

“It seems like all we can do is throw ineffective rocks at Donald Trump, and then it ends up leading unfortunately toward his reelection,” Yang said during an interview on Rolling Stone‘s podcast “Useful Idiots.”

As the impeachment inquiry continues in the House of Representatives, Yang has staked out a different position from many in his party.

“I’m pro-impeachment, but this is going to be a loser,” Yang said.

“You need literally dozens of Republican senators to switch sides when the trial starts, which we’ve gotten zero indication is going to happen,” he said.

Yang argued the media’s focus on Trump only helps the president and that Democrats are wasting time when they should be focused on “creating a positive vision” that will excite Americans.

“If all that happens is all of the Democrats are talking about impeachment that fails, then it seems like there is no vision,” Yang said.

Yang is polling at 2.6 percent in national polls, according to the RealClearPolitics average.