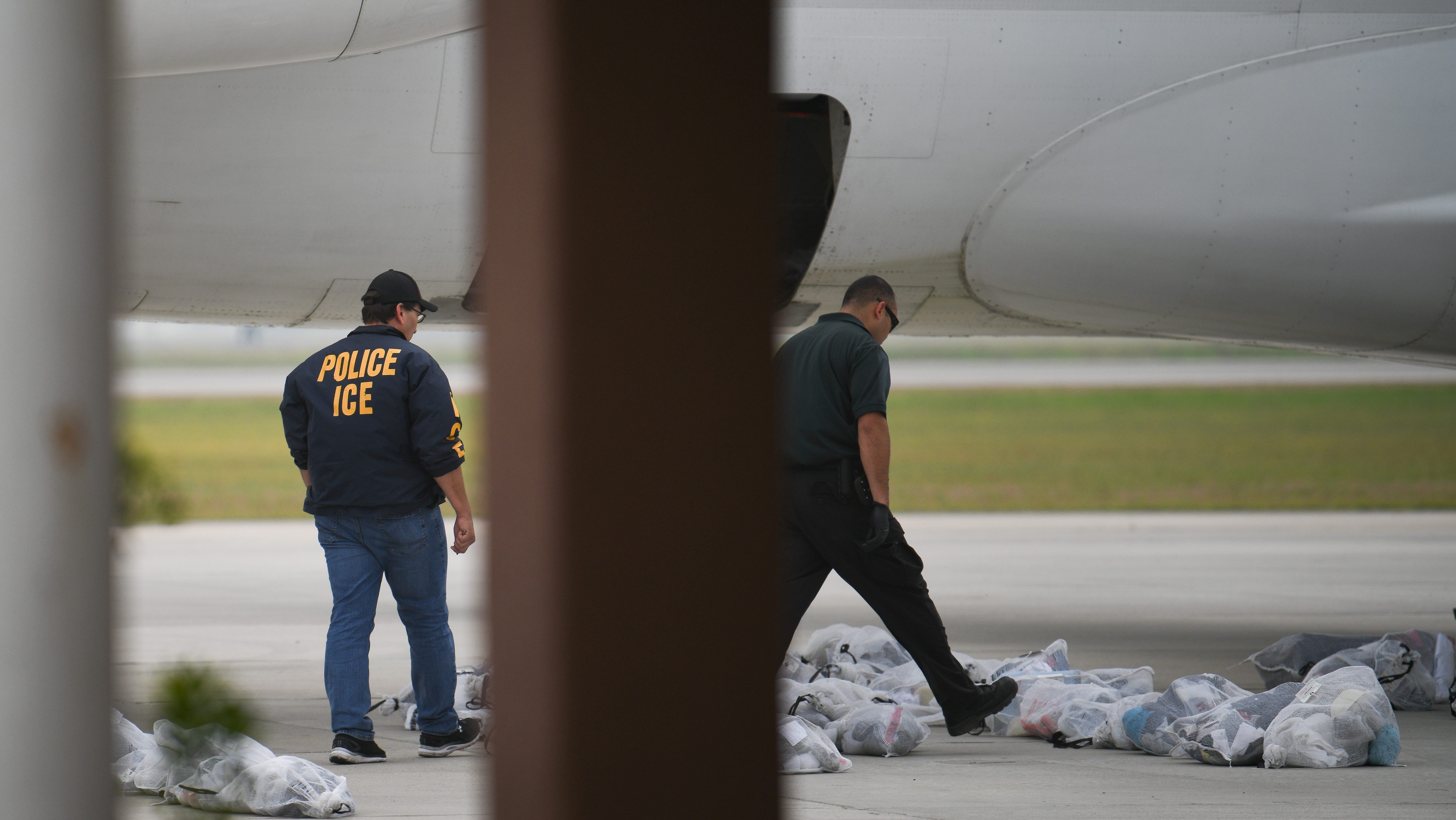 US Immigration and Customs Enforcement (ICE) is paying nearly double the going rate to operate “high-risk” deportation flights back to their home countries, largely because so many air charter companies refuse to do business with the agency.

According to an ICE document obtained by Quartz, which was drawn up in November to justify a budget overrun, an air charter broker informed ICE officials that there is only one carrier willing to take part in certain deportation operations, which means the outfit can charge exorbitant amounts for the service.

“Many carriers are discouraged by the potential of public backlash or negative media attention,” the broker wrote. “As a result, our carrier selection pool has been reduced to a single operator, Omni.”

“Omni” is Omni Air International, an Oklahoma-based charter company that flies so-called “special high-risk charter” (SHRC) deportation missions. ICE says these flights typically transport detainees who, among other things, are involved in high-profile removal cases, may become disruptive during commercial flights, or are wanted in their home countries. Not all the passengers on SHRC flights, however, have criminal histories. (A handful of other charter companies fly regular, short- and long-haul deportation flights for ICE.) Omni was hired by Classic Air Charter (CAC), ICE’s primary broker for air charters, and is “acutely aware that they are our sole, accessible and experienced source for providing large SHRC aircraft,” the document explains.

Omni’s “ability to monopolize the market” due to the public relations concerns among its competitors, plus a lucrative charter agreement with the Department of Defense, which often preemptively locks in the planes ICE needs, “has curtailed our negotiating ability on price and aircraft selection,” CAC said in a letter attached to the filing. Because of this, ICE paid a whopping $33,500 per hour to charter a Boeing 777-200ER for a Nov. 18, 2019 deportation flight carrying 163 people from Arizona to India and Vietnam.

By comparison, the smaller Boeing 767, for which ICE had originally contracted, would have cost just $17,214.80 per hour—a little less than half the per-hour price ICE ultimately wound up spending.

“It is disappointing that the response of Omni Air to public outrage over xenophobia and the tearing apart of families through deportation is to seek a bigger profit rather than sever ties with ICE,” Anoop Prasad, staff attorney for the Immigrant Rights Program at the nonprofit Asian Law Caucus, told Quartz.

The hourly rate charged by Omni includes crew salaries, ground handling charges, landing permits, fuel, and so forth. However, as CAC explained in its letter to ICE, Omni won’t provide the company with a breakdown of these costs, simply presenting an all-inclusive, “take-it-or-leave-it” price.

“CAC has put forth great effort to encourage better transparency from Omni, but they have been guarded in this respect,” the letter says. “As CAC cannot realistically threaten to seek an alternative carrier, the incentive to provide the documentation and cooperation that would improve our cost accounting is virtually non-existent for Omni.”

CAC and Omni did not respond to a request for comment. ICE declined to comment or provide further details.

Under the Trump administration, ICE has carried out an immigration policy many Americans reject as abhorrent. Employees at multinationals like Microsoft, Amazon, and Google have demanded the companies cut ties with ICE. Counties have banned ICE deportation flights from their airports, and US airlines have refused to fly children separated by ICE from their parents. Even sandwich shops have rejected ICE contracts in recent months.

“With the human rights issues raised by ICE deportation flights, including the many different accounts of alleged abuses that have surfaced over the years and the well-known negative impacts of deportation itself on communities in the US, I think it’s no surprise that there are public relations concerns for companies collaborating with ICE,” Phil Neff, program coordinator at the University of Washington Center for Human Rights (UWCHR), told Quartz.

In all, the Nov. 18 ICE deportation flight operated by Omni cost US taxpayers a total of $1.8 million—roughly $280,000 more than the original order price. This makes it the most expensive ICE deportation flight to date, according to figures shared with Quartz by UWCHR, which amassed a trove of historical ICE data through the Freedom of Information Act.

The expenditure “appears wasteful and appears to be a result, at least in part, from the program’s unpopularity,” said Virginia Canter, chief ethics counsel at watchdog nonprofit Citizens for Responsibility and Ethics in Washington (CREW). “This is not how the government is supposed to be doing business, and this is not who we should be contracting with. This is a recipe for an audit.”

CAC, which also provided the CIA with charter flights for its “black site” rendition program in the early 2000s, made headlines in 2017 when former US Health and Human Services secretary Tom Price was found to have chartered private jets from the company under ethically dubious circumstances. Last year, activists criticized Omni for assisting ICE in what lawyers said was the largest deportation of Cambodian immigrants since US president Donald Trump took office. In August, an Omni 767-300 caught fire as it taxied down a runway at Ireland’s Shannon Airport.

“ICE often likes to claim its costs are rising as a result of protests making their work harder, but I think the reality is that these protests are exposing the human costs of ICE’s activities,” Godoy added. “That is what’s leading public airports and private companies alike to rethink whether they want to be involved in the business of mass deportation—and some are deciding to stop the flights.”