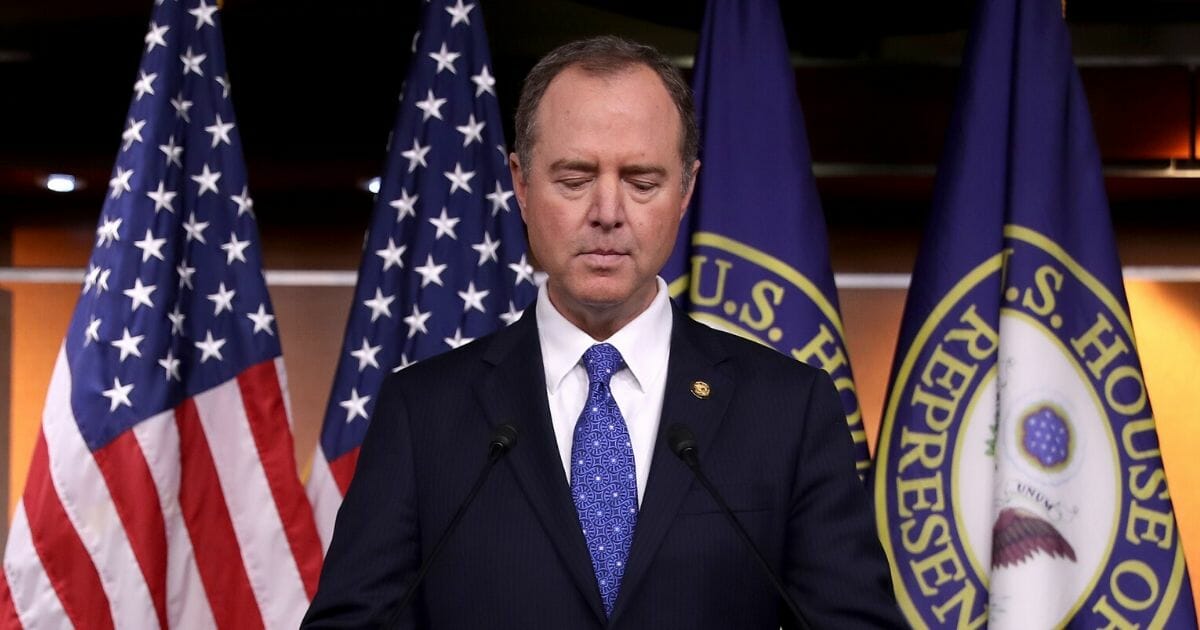 It’s funny — though not in the humorous sense of the word — how Democrats often accuse President Donald Trump of being a tyrant while they themselves use tyrannical tactics to further their agenda.

House Intelligence Committee Chairman Adam Schiff is one such would-be authoritarian, as was revealed in the 300-page impeachment inquiry report issued by the committee on Tuesday that laid out the Democrats’ case for Trump’s removal from office.

The records, likely obtained from AT&T by a subpoena, show the date, time and duration — though not the content — of various phone calls between those individuals, and were purported by Schiff to be evidence of “considerable coordination” among them with respect to the alleged impeachable “scheme” involving Ukraine.

“I find it deeply concerning, at a time when the president of the United States was using the power of his office to dig up dirt on a political rival, that there may be evidence of members of Congress complicit in that activity,” Schiff said of the call records, according to the Examiner.

Elizabeth Vaughn at RedState wrote that the acquisition of the phone records showed that Schiff had “crossed the line” in his effort to get Trump, particularly in how secretive the California congressman had been regarding how he acquired the call logs.

“Schiff has crossed the line of decency with this move,” Vaughn wrote. “Once again, he has abused his power. Judicial Watch President Tom Fitton tweeted that obtaining these records is a remarkable abuse of President Trump’s constitutional rights. I would argue that it’s an abuse of the constitutional rights of all of the above. These are KGB tactics.”

Indeed, the underhanded manner in which Schiff obtained and then publicly released these phone records — likely for the purpose of smearing or sidelining Nunes — is the stuff of Soviet police-state tactics.

As bad as it is that Schiff obtained and released Nunes’ and Giuliani’s records, it is arguably even more concerning that Solomon’s call logs were made public.

Do you think Republicans should subpoena Schiff’s call logs in the event of a Senate trial?

Solomon is a member of the media with actual journalistic integrity, and Schiff would surely prefer to ignore or cover up his insightful investigative reporting on the alleged corrupt dealings of the Bidens in Ukraine.

Hence the effort to smear him as some sort of conspiracy theorist.

As disgusting as Schiff’s tactics have been, however, turnabout is fair play and sometimes you have to fight fire with fire.

Vaughn suggested that “Republicans should obtain Schiff’s phone records, those of the so-called whistleblower, Eric Ciaramella, and the colleague with whom he had a ‘bro-like’ relationship,” Schiff’s aid Sean Misko, who was hired by the chairman at the same time as the “whistleblower” complaint was filed.

Nor is Vaughn alone in suggesting as much, as The Hill reported that Republican Rep. Jim Banks of Indiana sent a letter to South Carolina Sen. Lindsey Graham, the chairman of the Senate Judiciary Committee, urging him to subpoena AT&T for call logs.

RELATED: Kellyanne Conway: If Adam Schiff Testifies, He’ll Have To Answer to Me

“This quixotic impeachment inquiry must be shelved, Mr. Chairman. And Rep. Adam Schiff should be held to the same standard to which he holds others. It is time to see his phone records.”

The entire impeachment saga has been an absurd charade from the start, but these actions by Schiff — obtaining and publicizing private phone records of political opponents — is a disturbing turn for the worse and reeks of petty desperation from someone who hates the president and has resorted to Soviet-style smear tactics.