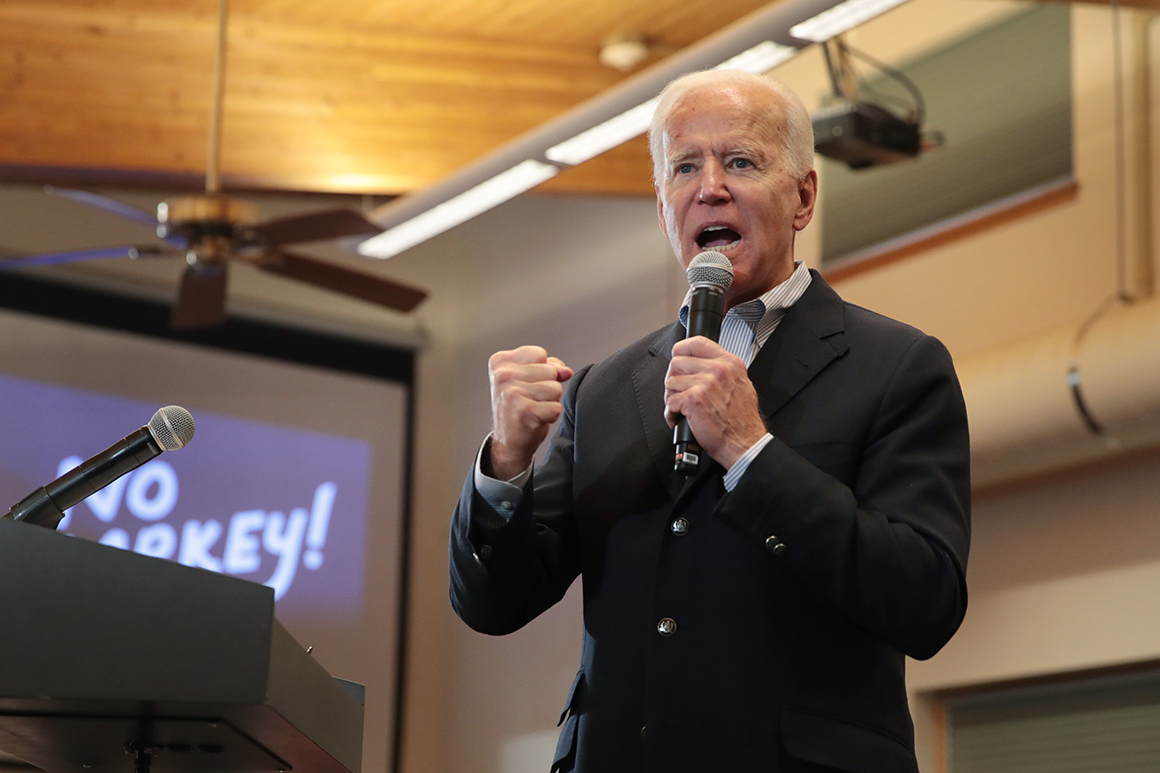 Biden also nodded to the ongoing impeachment proceedings against Trump, in which the president is accused of abusing his power by attempting to withhold foreign aid, by saying Trump is misusing the nation’s historic commitments to NATO.

“NATO is not a protection racket,” Biden began saying this week, test-driving the new phrase during his multi-city “No Malarkey” bus tour of Iowa.

For Biden’s campaign, the new line of NATO-focused attack is designed to hit Trump on a point of potential vulnerability — the president frequently makes statements that other nations are laughing at the United States and has promised he would change that.

Winning Kerry’s endorsement just two months before the Iowa caucuses solidifies Biden’s argument that he is the only 2020 candidate with the foreign policy experience necessary for the White House at this moment.

Biden’s description of working with world leaders under Obama was a staple of his stump speech in town halls throughout rural Iowa earlier this week.

Biden noted in Emmetsburg that he has met alone with Vladimir Putin. “Not a decent guy. Trying to undo Europe.”

In Algona, Biden noted that North Korean leader Kim Jong-un had taken a verbal shot at him personally; Biden then mocked Trump’s reaction to the tyrant’s remarks.

“Look what’s happening now, this president is embracing thugs and dictators. Kim Jong-un did say that I’m a rabid dog, I should be beaten to death with a stick. Right afterwards, the president sent him another love letter,” Biden said to laughter.

In an interview on Monday, Biden lamented that foreign policy has not come up enough in the presidential contest and predicted that when the election is over, it will have played a major role in how the electorate decides on its next president.

“It’s not discussed at all in the debates,” Biden said then.