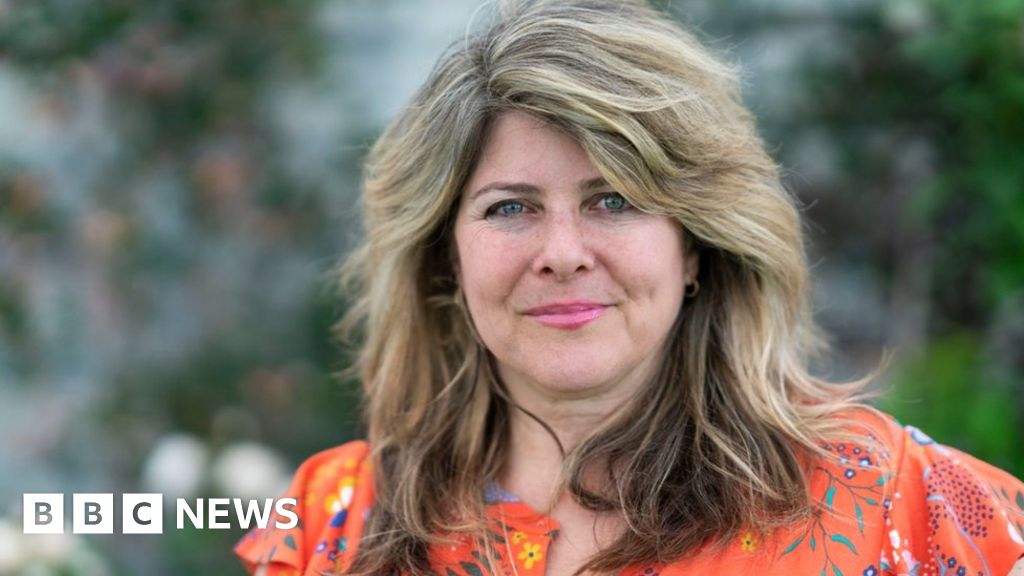 What’s the link between a noted US feminist, the Australian parliament and a Christmas tree in a student common room?

They’ve all become part of a saga that has left Australian Energy Minister Angus Taylor under pressure and author Naomi Wolf fuming.

Both were at Oxford University decades ago, but remember it very differently.

And Ms Wolf is now demanding an apology from Mr Taylor over what she has called an “imaginary war on Christmas”.

She wants an official correction to parliamentary records – but Mr Taylor is standing by his account as accurate.

Wait, what is this all about?

When Mr Taylor delivered his maiden speech to Australia’s parliament in 2013, he referenced Ms Wolf – best known for her acclaimed third-wave feminist book The Beauty Myth – to make a point about what he considered traditional Western values.

“I first encountered political correctness as a student at Oxford,” said the conservative MP, a former Rhodes scholar – a scholarship for international students at the university.

“It was 1991, and a young Naomi Wolf lived a couple of doors down the corridor.”

He went on to say several mostly US students had tried to remove a Christmas tree in the common room “because some people might be offended” but that “a few of us pushed back hard” and ultimately “we won”.

Ms Wolf said she only learned of the speech on Monday after it resurfaced on Twitter.

She has said she was not at Oxford in 1991, but in New York promoting The Beauty Myth.

She also accused Mr Taylor of deploying an “anti-Semitic dogwhistle” with his use of the phrase “shrill elitist voices” to describe his student opponents. She took that to refer “to Jews like me whom Angus Taylor imagined to be among the warriors against xmas in Oxford in 1991”, the author tweeted.

She demanded a correction to Hansard – the public parliamentary record – a request she said was ignored by the minister.

I hate that you can be a woman with ostensibly all the voice in the world and still have no voice. I’m a serious person asking a powerful man to please correct globally public disinformation about me that he stated in a national legislative forum. Crickets. @AngusTaylorMP.

In response, Mr Taylor called on Ms Wolf to apologise for “these unsubstantiated and outrageous accusations”.

“Her accusation of anti-Semitism is wrong and deeply offensive to me and my family,” he told parliament on Thursday.

He reiterated his assertion that he had met the author at Oxford during his time there.

A spokesman for Mr Taylor added the politician had not identified Wolf in his maiden speech as one of the students who tried to remove the tree.

What happened on the call?

Then on Thursday, Ms Wolf released a 20-minute recording of a phone call she had with Mr Taylor’s office.

Speaking to a staffer, Wolf asks for an official correction. But the staffer tells her Mr Taylor “seems to recall you were at Oxford” and he “does not in any way suggest you were campaigning against quote unquote Christmas”.

In response, Ms Wolf says her presence at Oxford “can’t be a matter of opinion” because “you can’t make up where I was”.

“[He] implied to parliament that I was warring against Christmas – a very clear implication… that has not been corrected,” she said.

The video ends with the staffer saying he will pass on her complaint.

What has been the response?

People online have described the phone call as a “train-wreck” and “embarrassing” for Mr Taylor’s cause. Opposition MPs also piled on.

Prime Minister Scott Morrison told reporters on Thursday he had full confidence in his minister.

Mr Taylor was mocked on social media earlier this year after he was caught praising himself on Facebook. He is also currently facing calls to be investigated over unrelated alleged misuses of ministerial power.

Wolf has faced her own troubles in recent months, as a US publisher cancelled its run of her latest book in October after accuracy concerns were raised.